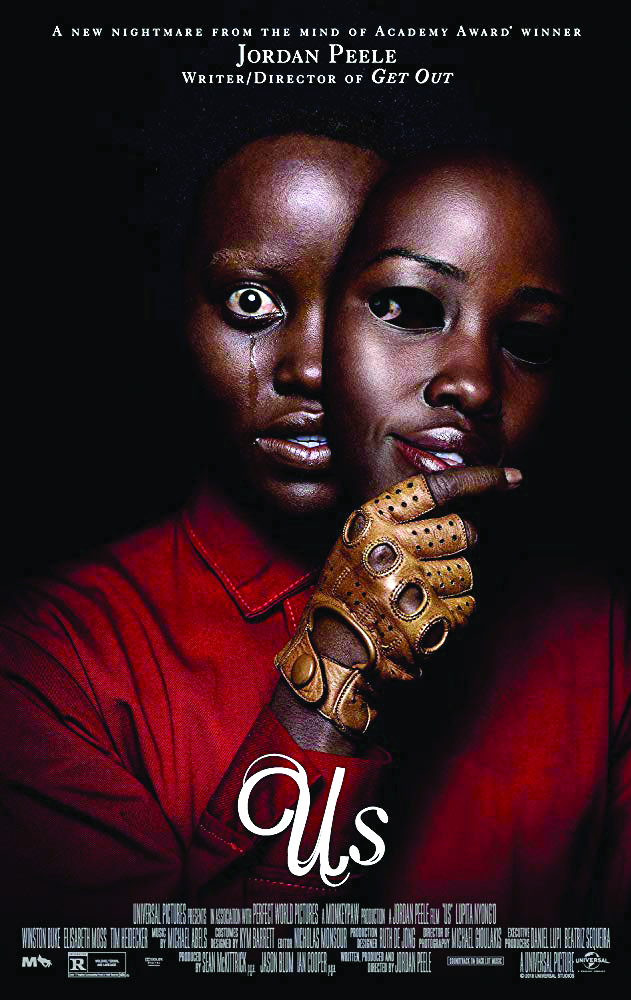 Like most nightmares, they appeared at night. Clad in red jumpsuits and leather driving gloves, wielding oversized golden shears. Who are they? They’re us; doppelgangers from below who’ve come to take their rightful place from the doubles living above. Led by Red (Lupita Nyong’o in a dual-role), these subterranean creatures invade the surface in Us, writer/director Jordan Peele’s 2019 follow-up to Get Out. Twisting classics like Invasion of the Body Snatchers to his whims, Peele’s sophomore effort ambitiously addresses class disparity through the lens of the horror movie. Missed it in theaters earlier this year? The Boe’s Friday Night Weird brings it back on Nov. 1 for an encore screening.