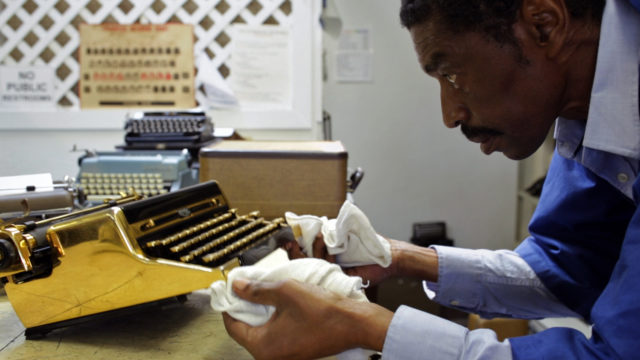 Last weekend in an epic mix-up of Steve Harvey proportions, underdog Moonlight triumphed over the season’s darling La La Land to win best picture at the Academy Awards. La La Land did not go unnoticed though, tying the record for most Oscar noms, nabbing 14, and taking home six.

With an Academy Awards ceremony for the ages, one could say the film industry is experiencing a revitalizing breath of fresh air, ushering in what could be a great era in film. Just in time to welcome a new season of cinematic hits, Boulder International Film Festival takes over this weekend with showings at various venues across the county from March 2-5. With a diverse lineup featuring the movies to watch out for, BIFF provides a taste of everything for any palate. From documentaries to dramas to comedies, the festival will surely fan the cinephile flame in all of us. Here’s a taste of what to expect this weekend.

Located in Berkeley, California, Herb Permillion III took over typewriter retail and repair shop California Typewriter more than 30 years ago. The following year, Apple released the personal computer. But Permillion wasn’t deterred. He and longtime repairman Ken Alexander believe in the typewriter and know that if they hold on long enough, it will come back into vogue. They might be right, or they might lose their shirts waiting.

California Typewriter is both an exuberant embrace of an analog world and an exploration about how technology influences artistic expression. No one in California Typewriter thinks typewriters will replace computers — all of them rely on the internet and social media to either promote their work or hunt down typewriters — but they all understand that a typewriter can give you something that the word processor can’t. For Hanks, it’s the aesthetic appeal of creating a piece of history. For John Mayer, it’s a way to unlock creativity without pausing to edit — Mayer perfectly describes the process of writing as, “Paving a road and driving on it at the same time.” For Howard, it is the object of his obsession.

From the obsessed to the curious, California Typewriter covers it all. 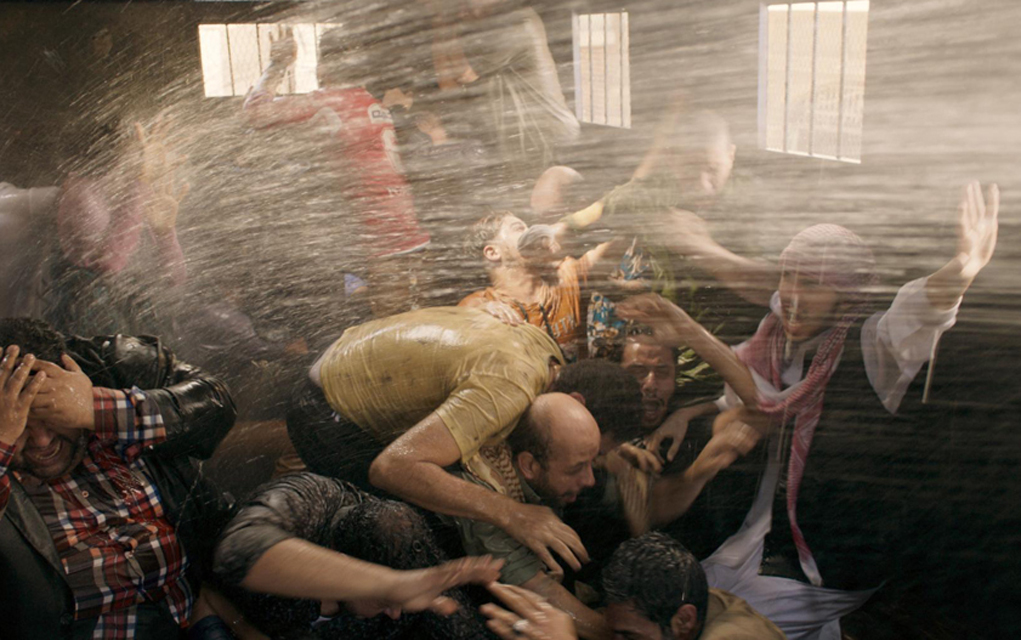 The Egyptian revolution of 2011 began on January 25. Less than one month later, President Hosni Mubarak stepped down and handed the leadership of the country over to the Supreme Council of Egyptian Armed Forces. One year later, Mohamed Morsi, the first Islamist elected head of an Arab state, became Egypt’s fifth president. The revolution was far from over.

Clash picks up one year after Morsi has been dismissed from office, on one particularly hot summer day in Cairo during a violent protest with the military rounding up demonstrators and throwing them in paddy wagons. Here, director Mohammed Diab stages his entire film.

This prison on wheels traps pro-army supporters, members of the Muslim Brotherhood and a few bystanders inside a metal encased sweat-box as they plea for humanity, help and release. Inside the paddy wagon, they bicker about whose side is at fault, which sports team is better and how the press should or shouldn’t cover the revolution. There are no friends, only enemies. No compassion, only revulsion.

Much like Alfred Hitchcock’s Lifeboat, which followed a group of World War II survivors after their ship sunk, Clash’s confined location exploits each character’s weakness and pettiness, giving the viewer a front-lines experience of the multitude of conflicts that ran through the streets during the Summer of 2013. Diab furthers this experience by keeping the camera inside the paddy wagon, reminding the viewers that as the prisoners go through this hell so must we. 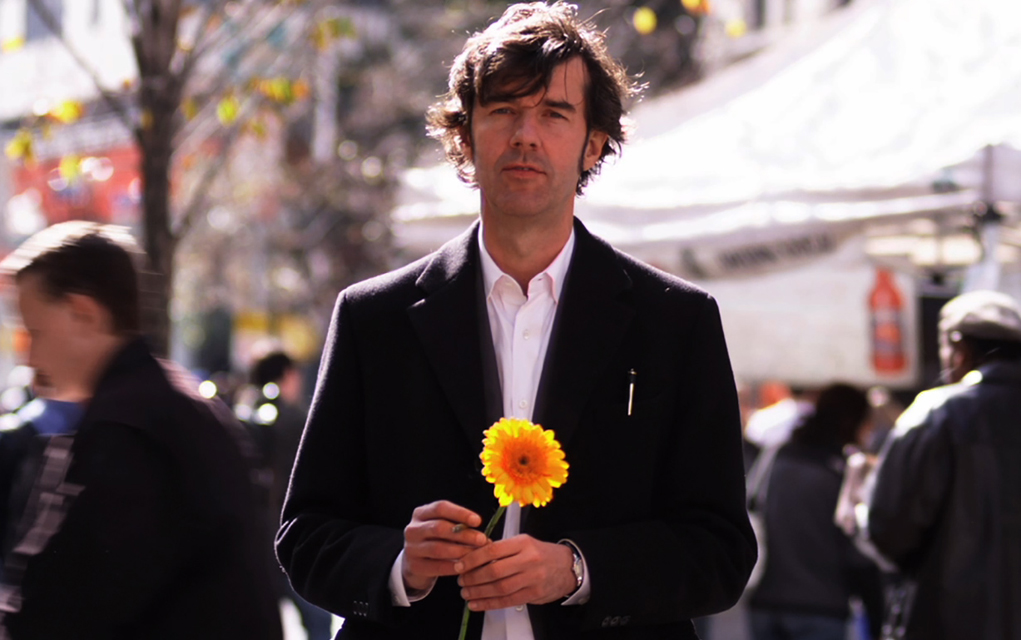 The Happy Film is as much about making a movie about finding happiness as it is about happiness. Sagmeister’s almost ceaseless narration gives a wide variety of conflicting thoughts and notions as he attempts to chart his level of happiness. But despite the connection to the title and the overall narrative, these moments are not the highlight of the movie. Sagmeister is an outstanding and inventive graphic designer and the movie soars when it captures him and his peers at work. The results are impressive and even if they don’t provide Sagmeister happiness, they certainly provide satisfaction. Sometimes that’s enough. 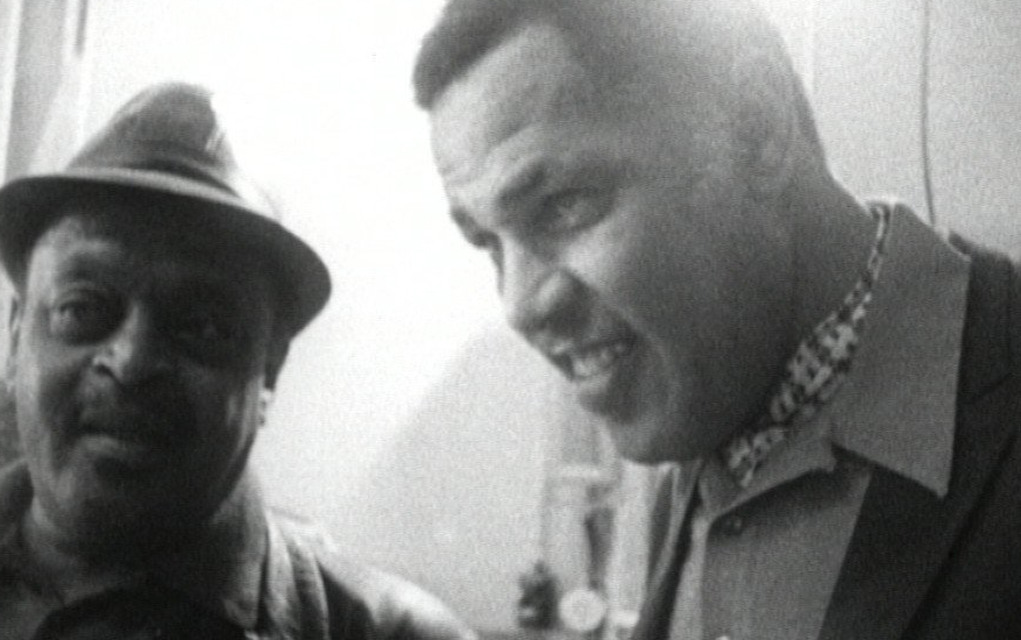 When it came to jazz, Dexter Gordon and Ben Webster were giants among men. Both were tenor saxophonists — Gordon helped adapt the instrument for bebop music, Webster specialized in swing — and both had played with the greats and inspired those to follow. And while their music is timeless and their talents impressive, they also share a rather peculiar footnote: both left America for Demark.

There’s a lot of fame that comes with being a jazz musician but in 1960s America, jazz musician or not, a black man was still a second-class citizen. When Gordon and Webster landed in Copenhagen, they found no signs that read “Whites Only” or “Colored Toilets.” Instead, they found kind people who were not only impressed by their talents but attracted to them as well. As one Dane remembers, it was fashionable for a white Danish girl to date a black American musician.

Cool Cats, from Danish director Janus Køster-Rasmussen, is a documentary about Gordon and Webster’s years in Denmark, the music they played and the vices that crippled them. Drugs and alcohol always seem to go hand in hand with stories like these, and Gordon, a heroine user, and Webster, a heavy drinker, play their part.

Køster-Rasmussen also does his part. Cool Cats could have been a by-the-numbers documentary with talking heads and archival photographs, but Køster-Rasmussen unearthed a plethora of home movies from Webster, all shot on 8 mm, that add a great deal of authenticity. Combined with early TV performance footage and grainy home movies from die-hard jazz fans, Cool Cats gives a taste of a time and place. 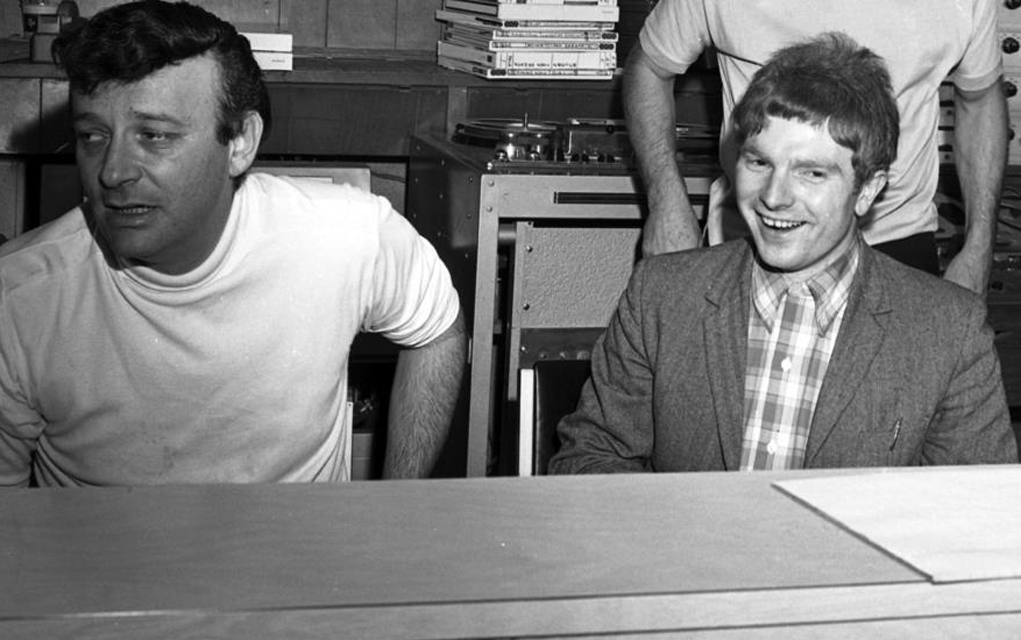 Even if you’ve never heard of Bert Berns, you’ve definitely heard his music. Brenda Reid of The Exciters described the prolific songwriter and record producer as “The white soul brother. … He put the soul in music.” And with hits like “Tell Him,” “Hang On Sloopy,” “I Want Candy,” “Under the Boardwalk,” “Twist and Shout” and “Piece of My Heart,” Berns didn’t just put the soul in music — he brought soul to the masses.

Berns’s songs were covered multiple times, rearranged just as much and dozens of them went to the top of the charts. But the early days of rock ‘n’ roll weren’t kind to those behind the board and before Berns could be a household name, he died at the age of 38 from a heart attack.

Now, Berns’ son, Brett, brings his father’s story to life, complete with ties to the mob, shady dealings at Atlantic Records and the birth of Bern’s own label, Bang Records. If there is ill will left in the world towards Berns, little of it shows up in Bang! The Bert Burns Story. Instead, Brett Burns and co-director Bob Sarles assemble a who’s who of ’60s musicians for this comprehensive and celebratory look at Bern’s career and life. 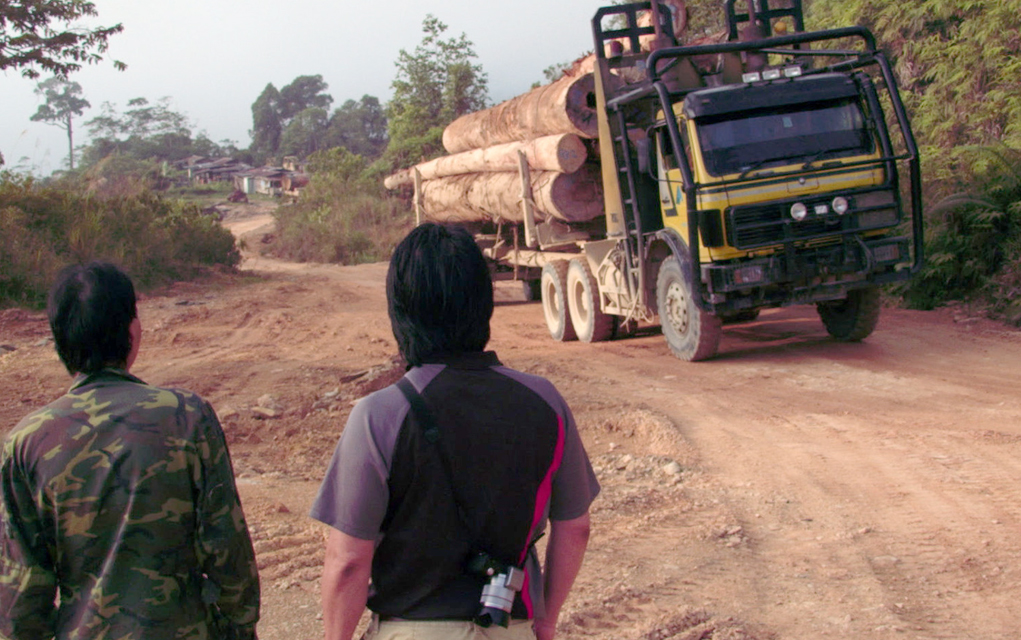 Ninety percent of the eastern Borneo rainforest has been sold off and destroyed, but who has profited? That is the question The Borneo Case seeks to answer and this globetrotting documentary will travel from Montreal to London to Rio de Janeiro to Malaysia heeding the infamous advice Deep Throat gave Bob Woodward: “Follow the money.”

At the center of this environmental catastrophe is Abdul Taib Mahmud, the chief minister of Sarawak, who stole billions of dollars through illegal logging and palm oil production. For 33 years the “white-haired rajah” took grafts and hid the money in secret accounts, world banks and with politically connected U.S. investors. If this were a novel, then Taib would be a Bond villain.

But this isn’t a novel, and Taib isn’t an over-the-top arch villain. Instead, Taib and his family are just profiteers in a world where cash is king. Filmmakers Erik Pauser and Dylan Williams spent five years following activists, investigative journalists and one flamboyant radio DJ to try and uncover the truth behind what ex-British Prime Minister Gordon Brown has called “the greatest environmental crime in history.” Along the way, they find exile, missing persons, threats, intimidations and deaths of a highly suspicious nature. 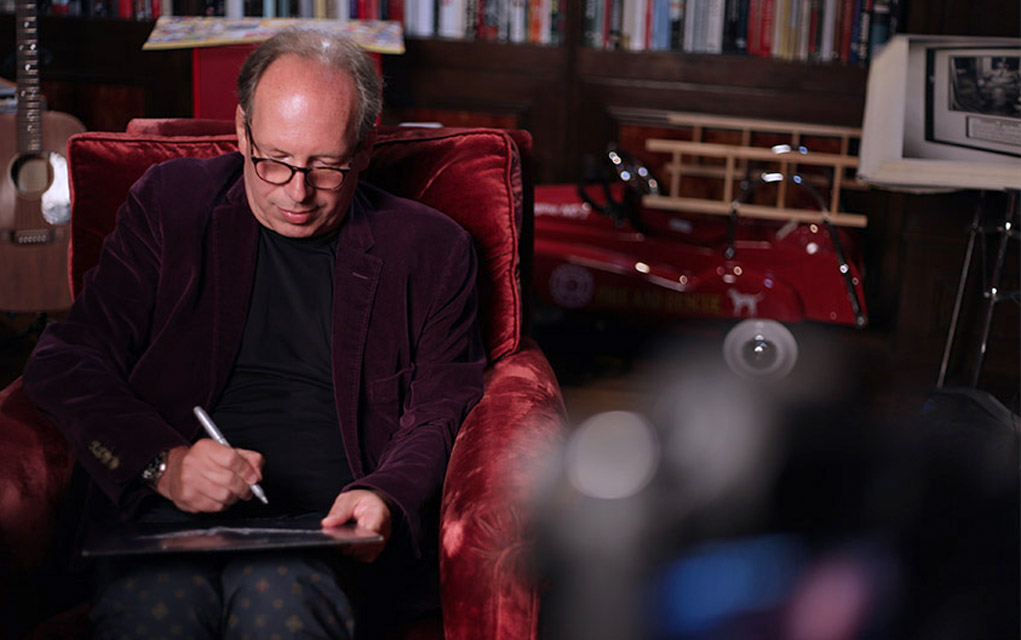 If a picture is worth a thousand words and a film is 24-pictures a second, then a movie contains words beyond words of capable comprehension. That’s why when we think of a movie we zero-in on digestible bits — moments, lines, maybe just a shot — and no bit of a movie is more digestible than the soundtrack. The blaring brass that ushers in Star Wars, the ominous bass and cello that bring up the dread in Jaws, the electric guitars that introduce James Bond to the screen and the trumpet that ascends along with Rocky Balboa up the steps of the Philadelphia Museum of Art and into the hearts and minds of millions of viewers.

When done right, the music carries the images from the screen and supplants them into the collective consciousness of the audience. Why that happens can sometimes be elusive, but how that happens is sheer hard work — hard work documented and celebrated in Score: A Film Music Documentary from director Matt Schrader.

With such luminaries as Alexandre Desplat, Mark Mothersbaugh, Quincy Jones, Danny Elfman, Randy Newman, Hans Zimmer, Howard Shore, Christophe Beck and a slew of filmmakers, historians, scholars and professors, Score digs into one of the most memorable aspects, yet often overlooked, components of cinema. The talking heads can get a little dull at times, but when a documentary contains this many wonderful pieces of music, alongside a gallery of iconic images, then it’s easy to slip into the familiar and take another walk down memory lane.