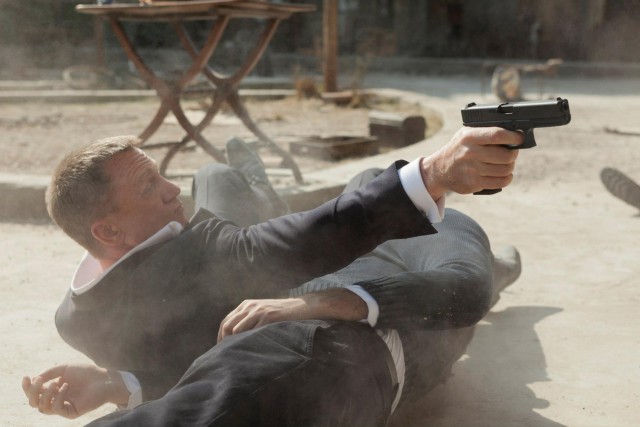 There’s no more iconic spy in Western culture than 007, Bond, James Bond, and with a 50-year cinematic history, the 22 previous films in the franchise also represent an extraordinary body of cinematic work. The character of suave but deadly Bond has been played by a number of actors, from Sean Connery to Roger Moore, George Lazenby to Timothy Dalton. The two latest Bond films, Casino Royale and Quantum of Solace, have both featured the rugged Daniel Craig in the title role. This newest Bond is played as more of a rough-edged killer, a thug, rather inconsistent with the original vision of author Ian Fleming, and indeed, these latest two outings in the franchise were a mixed bag, missing some of the wit and sophistication of earlier movies.

Skyfall fixes all of these problems and is the first film where Daniel Craig captures the classic hero. The film has all the hallmarks of the best 007 films too, including exotic locations, beautiful women, a nefarious villain, interesting gadgets and amazing action stunts. A complex storyline that twists and turns, surprising even the most jaded viewer with its intricate machinations, marks this as a great action film too, one that requires — and rewards — close attention.

When a computer drive containing the identities of all deep cover agents associated with U.N. security efforts worldwide is stolen, Bond does his best to recover it in a thrilling opening chase through Istanbul. As a last resort to ensure the data doesn’t fall into enemy hands, field agent Eve Moneypenny (Naomie Harris) is ordered to shoot Bond. He falls, seemingly to his death, in a scene that’s shocking: Bond dead? Can it really be true?

Months later MI6 is ingeniously attacked while M (Judi Dench) finds herself in front of the new head of MI6, Gareth Mallory (Ralph Fiennes) defending her approach to recovering the agent list. She’s too old, it’s time to retire, Mallory insists, a theme that recurs throughout Skyfall. She’s not about to retire when the list is still missing, and when Bond shows up unexpectedly to assist, we learn that the theft of the list is just the first step in a far more complex plot.

The cast offers uniformly excellent performances and the introduction of young hipster Q (Ben Whishaw) is inspired: He has just the right amount of self-importance that he serves both as a good foil to Bond and an anxious field agent when he realizes that villain Raoul Silva (Javier Bardem) has anticipated every move MI6 makes.

There are so many things I liked about this Bond film, I’m eager to see it again — in IMAX to compare the two versions — and unabashedly recommend it as one of the best films in the entire Bond franchise. With many subtle nods to earlier Bond films (including the Aston Martin’s ejector seat control, lifted directly from Goldfinger), fans of the series and newcomers to the Bond mythology alike will enjoy Skyfall.