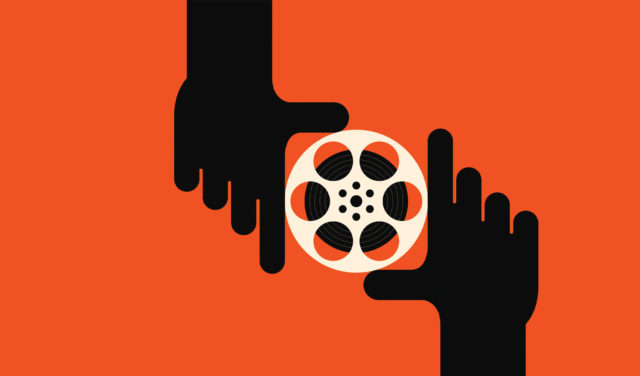 The Boulder International Film Festival (BIFF) keeps getting bigger. Helmed once again by Beeck sisters Robin and Kathy, BIFF 16 (March 5-8) offers moviegoers 88 features and shorts to choose from. And, as has become the tradition in recent years, BIFF is no longer bound exclusively to Boulder. Longmont Museum’s Stewart Auditorium gets in on the action with six features and a shorts package, March 6-8. And on March 27 and 28, BIFF heads to Fort Collins’ Lincoln Center with seven features and a collection of shorts.

If that wasn’t enough, BIFF 16 features another first: A film festival within the film festival. Taking place March 7 and 8 at eTown Hall, BIFF’s Adventure Pavilion comprises an extensive collection of adventure-themed short films. It’s a diverse selection — international in production, global in scope — and the lengths of each short range from a couple of minutes to nearly an hour. Most are documentaries, but a few narratives are sprinkled in for good measure. And since no festival is complete without a centerpiece Q&A, BIFF’s Adventure Pavilion will host a discussion with author, filmmaker and podcaster Cheryl Strayed of Wild: From Lost To Found on the Pacific Crest Trail fame. Patagonia climbing ambassador and advocate Timmy O’Neill will moderate. Tickets to Strayed’s talk are required ($25 plus service fee), but eTown’s downstairs Sponsor Lounge and BIFF Filmmaker Lounge at The Post Brewing Co. (2027 13th St.) will livestream the Q&A for free (space will be limited).

Strayed won’t be the only celebrity at the festival; musician extraordinaire Robbie Robertson will be joining moderator Ron Bostwick on Boulder Theater’s stage for a chat in conjunction with the documentary Once Were Brothers: Robbie Robertson and the Band (March 6).

Though the festival begins in earnest on Thursday, March 5, Friday night’s Boulder premiere of Once Were Brothers will act as BIFF’s official opening night film. It’s fitting considering the festival likes to kick things off with a raucous musical documentary to get the energy up and bleed over into the opening night after-party, which will feature music from the Wendy Woo Band. Individual tickets are currently sold out, but a festival pass will net you a seat at the opening night soiree.

Once Were Brothers isn’t the only musical doc on the bill this year, and, coincidentally, not the only one from a Canadian songwriter. Gordon Lightfoot: If You Could Read My Mind (5 p.m. March 7) provides a fitting companion to Once Were Brothers; while Billie (3 p.m. March 6), an archeological documentary of sorts, explores a wildly different side of a performer’s story.

Billie attempts to construct a complete portrait of the legendary jazz singer Billie Holiday from those who knew her best. The evidence here: Archival interviews unearthed from never-before-heard cassette tapes. Those interviews were recorded in the 1970s, 20 years after Holiday died at the age of 44, and were the background research journalist Linda Lipnack Kuehl compiled for her planned biography of the singer. But when Kuehl died, so did the project; at least until filmmaker James Erskin came along and brought the story to the screen.

The above three are all Boulder or Colorado premieres, as is Resistance (7 p.m. March 7), a bio-pic about the world-famous mime Marcel Marceau, starring Jessie Eisenberg as the young Jewish actor turned French Resistance member when the Nazis invade. Eisenberg will be in person at the screening.

And while celebrity Q&As, opening and closing night parties and regional premieres will always be a draw, the true pleasures of a film festival lie in the far-flung corners of international cinema. Make time for Corpus Christi (3 p.m. March 8) — a Polish film about Daniel (Bartosz Bielenia), a 20-something criminal who inadvertently becomes a rural town’s priest.

Masterfully told by director Jan Komasa, Corpus Christi takes Daniel from juvenile detention — where he sees salvation and escape in the church — to a small town governed by juvenile pettiness. A chance moment of mistaken identity allows Daniel to pose as a visiting priest coming to replace the alcoholic parson. Daniel falls fast into the role, using his own pain to help cast out the hypocrisy of the community. But, as Faulkner keenly pointed out: The past is never past, and Daniel must confront his.

Corpus Christi was relatively unknown in the country until it was one of the five nominated for Best International Feature at this year’s Oscars. But even that nomination proved futile as South Korea’s Parasite steamrolled the competition. A pity, as Corpus Christi is an excellent movie, one you won’t want to miss.

Same for The Truth (12:15 p.m. March 8), the first film from Japanese master Hirokazu Kore-eda produced outside his home country.

Set in France, The Truth is a powerhouse of actors: Catherine Deneuve, Juliette Binoche and Ethan Hawke — each channeling the best aspects of their personas — in this story of family dynamics, role-playing and gratification. Deneuve is elegant and proper, Binoche is ruffled and frustrated, Hawke is roguish and charming.

Deneuve plays Fabienne, an aging actress who is still capable of giving a phenomenal performance but is finding it harder and harder to find phenomenal roles. The publishing of her memoir brings her stateside daughter Lumir (Binoche) back to France, dragging husband (Hawke) and daughter (Manon Clavel) in tow. Fabienne and Lumir have scores to settle, scores both refuse to yield.

Like previous Kore-eda films, The Truth is captivating while remaining quiet and contained. And though the ending is atrocious, everything that comes before those final two minutes is dynamite — particularly the ridiculous sci-fi/time-travel movie Fabienne performs in an attempt to make herself relevant to modern-day audiences.

Others to seek: Deerskin (7:30 p.m. March 6), a dark French comedy starring Jean Dujardin as a filmmaker who becomes infatuated with his vintage deerskin jacket; Hope Gap (3 p.m. March 7), an English family drama starring Annette Benning and Bill Nighy as a married couple of 29 years who will not see year 30 together; The Personal History of David Copperfield (3:45 p.m. March 7), a comedic reimagining of Dicken’s classic with Dev Patel leading a cosmopolitan cast; and from BIFF’s patented “call to action” section, The Story of Plastic (2:45 p.m. March 7) and Toxic Beauty (10 a.m. March 6), two documentaries to leave you positively furious and ready to make some changes.

And don’t miss out on a chance to see Mr. Jones (7:15 p.m. March 7), the latest film from Polish phenom Agnieszka Holland. There’s a power to her work, particularly the ones revolving around the Holocaust, which happens to be the setting of Mr. Jones, a true story of propaganda, the same one that inspired George Orwell to pen Animal Farm.

There’s a little something for everyone at BIFF.