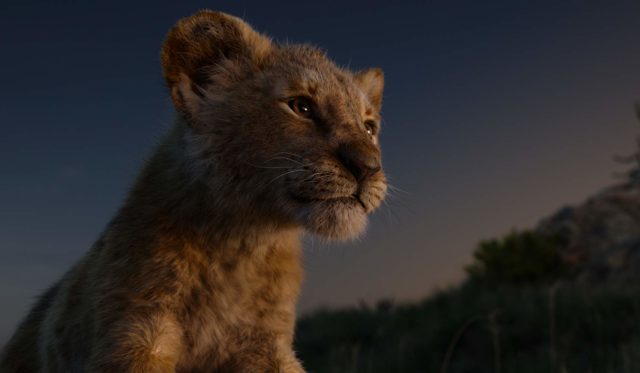 To Disney, from the desk of Mufasa: “Remember who you are.”

The Lion King, Disney’s latest computer-generated remake, isn’t like the rest. Yes, the story — Hamlet meets Bambi with a touch of Jungle Book — is intact, as are the memorable Elton John and Tim Rice songs. But The Lion King is different. From the first delicate images of the African savannah at dawn to Noah’s herd making its way to Pride Rock, 2019’s Lion King is a massive leap forward in computer-generated images. It all looks real, but not too real: a photorealistic landscape that manages to dodge the uncanny valley. And in those brief opening moments, today’s rendition of The Lion King is Walt Disney’s dream come true.

Let’s jump back: In the late 1930s, Disney was hell-bent on bringing Felix Salten’s novel, Bambi, A Life in the Woods, to the screen. But, how to create the illusion of a living, breathing, talking deer through a series of hand-drawn pictures? Tests were made en masse, and live deer were brought into the studio so the animators could study their habits — a butcher even dissected one so the artists could study the deer’s muscular structure.

Why? Disney wanted realism. Snow White and the Seven Dwarves had set box office records, Pinocchio pushed cell animation to new heights and Fantasia brought abstract art, music and animation together in a massive swirl of ars gratia artis. Realistic animation was the next frontier, and realism is what Disney demanded.

It was Marc Davis — an essential figure in the development of animation — who cracked the code: Disney asked for realism, but he meant believability. Bambi didn’t have to look like a deer, he just had to behave like a deer.

The results were stunning. Combining technical animation never before seen with cartoonish innocence and the occasional moment of emotional abstraction, Bambi became one for the ages, and its triumphs were far-reaching. Even 1994’s The Lion King owes Bambi a lot. And not just in story, but in technique and execution. You believe Mufasa’s strength, Scar’s cunning and that a flower petal with Simba’s scent could float across the Serengeti to Rafiki’s tree.

And you believe every computer-generated frame of Jon Favreau’s 2019 The Lion King. That is until the lions start talking three minutes in.

Jeff Nathanson’s script sticks close to the ’94 film — the changes are minimal, and the additions inconsequential. The only difference is an emphasis on realistic images free of abstraction and creativity. Worse, the animals’ mouths still flap in an attempt to make language look natural. Some look like they are constantly mumbling, others, Timon in particular, spend so much time talking in close-up you fear a human face might push through digital eyes, teeth and hair in some sort of Cronenbergian horror show. What would’ve Uncle Walt made of that?

The Lion King is a soulless attempt to capitalize on mislaid nostalgia. The animation is a half-hearted stab at trying to bring something new to the party, but it just reinforces Davis’ epiphany all those years ago: It’s believability, not reality, that makes the magic work.

ON THE BILL: The Lion King opens July 19 everywhere.