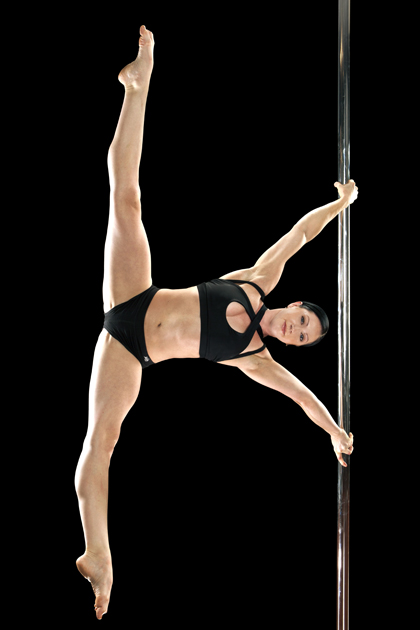 I spent my childhood climbing trees and swinging on swings and spinning ‘til I got dizzy and fell down. And then I discovered dance,” says Nancy Smith. “And then many, many years later I saw people combining climbing, hanging, spinning, with dance. And that was the beginning. It was 1986.”

Smith says the feeling of freedom, flight, a moment of weightlessness in the swinging and exhilaration is what attracts her to aerial dancing.

Those unacquainted with that particular thrill are in luck, as this week will mark the beginning of the 16th annual Aerial Dance Festival put on by Boulder’s Frequent Flyer Productions (FFP), the organization Smith founded and heads.

The two-week festival runs from Sunday, Aug. 3 to Saturday, Aug. 16 and features showcase performances, intimate encounters with the dancers, student classes, workshops and more at The Dairy Center for the Arts, CU’s theater building and the FFP studio. Attendees can expect to see dancing and diving high in the air on long flowing fabric (among other bizarre apparatuses), acrobatic spinning in big Cyr wheels (think giant hula hoop), bungee cord dancing, contortionists and even aerial burlesque.

One performance Smith is especially looking forward to seeing that combines all of those things is the Showcase Performance with Frequent Flyer’s professional company and their world-renowned international faculty.

Taking place Friday, Aug. 8 to Sunday, Aug. 10 at the Dairy Center for the Arts for $20-$25, the one-ofa-kind show will feature Montreal’s Ana Prada on fabric, New York’s Karen Fuhrman on bungee, and elite gymnast Sam Tribble on the Cyrwheel — among others — against a “fabulous lighting” set, according to Smith. Two FFP members, Lynda White and Kim Townsend, normally teach aerial burlesque, but will instead feature a “silly, character-driven” duet at the performance, according to Townsend.

“We try to keep it PG-13 and really fun,” White said as she sat on the hardwood floor at the FFP studio, taking a break from her slings during rehearsal. “We don’t do anything inappropriate so we think comedy is a great solution for that. It’s more of a variety show with us.”

The two are also looking forward to watching the brand new Cabaret Performance this year, taking place Friday, Aug. 15 at 8:30 p.m. at The Dairy. There, high-caliber dancers and “Naughty Pierre” from Lannie’s Clocktower Cabaret in Denver will perform. Tickets for this show are $12 and it features a preceding cocktail hour starting at 7:30 p.m., or the “schmoozfest” as it’s called, where people can mingle with the aerialists.

And if you’re looking to get even more up-close-and-personal with the dancers from the festival, the “Intimate Encounters” session, taking place Tuesday, Aug. 5 at CU’s Theater and Dance Building at 8 p.m., will have them demonstrating their techniques and artistic processes as they field questions from a surrounding audience.

But not only does the Aerial Dance Festival put on high-flying shows from professionals, it also provides two weeks of classes for students wanting to learn, culminating in the final Student Repertory Showcase at The Dairy, Saturday, Aug. 16 at 2 p.m. Students can sign up a day before classes start and either train every day during week A, starting Monday, Aug. 4, or week B, starting Monday, Aug. 11. The three classes include fabric, low-flying trapeze duets, or invented apparatus. Some of the apparatuses Smith has used in the past are steel umbrellas, flying beds and tubes.

“It’s a great opportunity to get a lot of skills really fast,” Smith says. “We’d like for anyone who comes in to study with us to feel successful at whatever level they’re able to be successful. We work with many different kinds of body types … Just having some basic level of fitness is generally enough to have a great experience.”

And finally, it’s not really a festival until you bring in some workshops. Theatrical makeup, aerial costuming and getting work in the aerial biz are some topics to be covered, while films like “World Circus,” will be premiered at The Dairy, Wednesday, Aug. 6 at 7 and 9 p.m. For a complete schedule or to purchase tickets, visit www.frequentflyers.org.

“Other shows just use the horizontal space of a theater — we all use the vertical space,” Townsend said. “You get that visceral feeling of flying when you see someone else fly. So, it like connects you back to that sort of innate, tribal, earthy, insane view to just get up and spin around and get upside down. There’s a joy that connects you.”