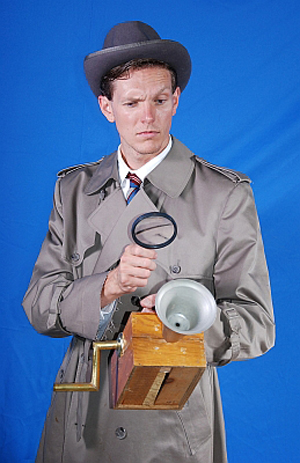 Over the past few weeks, America’s football season once again kicked off. As is the annual custom, fans of college football engaged fans of professional football in the ageless, spirited debate about which version of the sport deserves higher praise. College football fans champion their cause on the grounds that college players play with more passion and heart; they play for the love of the game rather than for some outsized paycheck. National Football League fans counter that professional football is bigger, faster, better executed and, therefore, more exciting to watch.

As with other classic arguments, like deep dish vs. thin crust, federalism vs. states’ rights or Kirk vs. Picard, there can be no winner. In fact, proponents of professional football in their youth sometimes become supporters of college football in their later years and vice versa. Both versions of the sport possess their merits and their drawbacks, and conveniently enough, the dichotomy between them is mirrored eerily by the world of theater.

Professional theater companies, with their grand venues, healthy budgets and deep pools of well-paid talent, are like the NFL. Community theater troupes, often borrowing space usually poorly funded and peopled with unpaid (and mostly untrained) actors who act merely for the joy of it represent college ball. Which is better? The only answer is opinion, and where my opinion about the college versus pro football question is clear (E-A-G-L-E-S . . . EAGLES!), my opinion about community versus professional theater oscillates wildly.

I have witnessed some perfectly horrible “professional” theater and some truly outstanding community theater. Of course, I’ve also been transported by big Broadway shows and ground nearly into nothingness by some homegrown horrors. The point being that each production, regardless of its pedigree or pocketbook, deserves to be judged on its own terms, and while community theater, on balance, has disappointed more than delighted me over the years, from time to time a little show from a humble company will impress me to no end.

Such is the case with the Upstart Crow Theatre Company’s The Real Inspector Hound.

Director Alexis Bell, along with her cast and crew, have made a series of excellent choices resulting in a raucous, silly, highly entertaining take on the classic British farce. Choosing a classic British farce, of course, was a brilliant start. Written by Tom Stoppard in 1968, The Real Inspector Hound takes the Agatha Christie-style mystery and gives it a meta-makeover with glorious results.

Isn’t it convenient how crucial information in murder mysteries seems to reach the right character at the ideal moment via seemingly random radio or television broadcasts? Hound goes one better with Mrs. Drudge, a character who might as well be called The Maid of Exposition. Every character (except, possibly, Mrs. Drudge) has a motive for murder, and according to that omniscient radio, a madman is on the loose to boot. Add to that a corpse lying in the middle of the floor that no one seems to notice (and whose identity, once revealed, is one of the tastiest morsels in the play), and you have all the makings of laugh-out-loud success.

What elevates Hound beyond simple parody is Stoppard’s decision to tell the play in a metastyle. It opens with two theater critics chatting away before the curtain goes up on the thriller that is the play-within-the-play. As Hound proceeds, the critics feel the line between their reality and that of the characters blurring until first one then the other wind up on stage as both a character and a critic simultaneously. While this crossover must have been difficult to write, it must be just as arduous to act, and the critics (Richard Bell and Louis Clark), along with the rest of the cast, carry it off admirably.

The Real Inspector Hound wins one for the Gipper. Throw this dog a bone and check it out before its abbreviated run comes to an end.