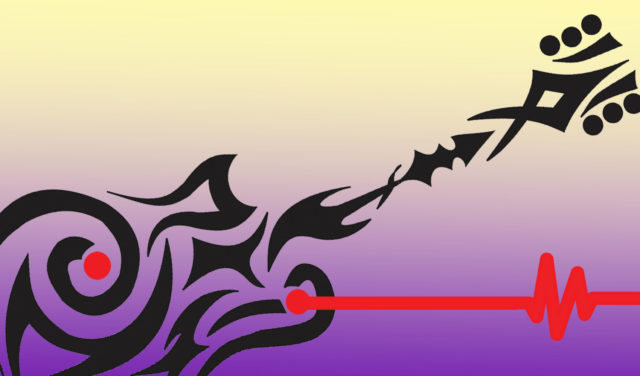 It’s unlikely that Planet Bluegrass head honcho Craig Ferguson is going to start wearing a 10-gallon hat and pointy boots any time soon or that he’ll be changing the name of his Lyons spread to Planet Moograss, but then again, who’s to say now that he’s a rancher. OK, admittedly, “rancher” might be a stretch, but the man has four head of cattle, two horses and a bunch of beehives on Planet Bluegrass’s newly acquired property, so we ought to call him something fitting.

The new property sits catty-cornered to the previous boundaries of the world-class venue we all know as the Planet Bluegrass Ranch. It consists of 26.2 acres and is located on the left (south) side of Highway 36 just after you drive past Apple Valley Road the first time when heading toward Estes Park.

As you might suspect, the new property has far more to do with enhancing our future entertainment experiences at the venue than it does with raising beef. In fact, Ferguson already has a ranching dilemma on his hands. He’s trying to figure out what to do with four cows now that the kids have given them cute names. It does tend to limit the options. So it’s very likely those cows will all be given away to good homes where they can graze and romp in the sun for years to come. Could you pass me that A1 sauce, Mr. Ferguson, and where on Earth did you get this delicious grass-fed beef? Just kidding, kids… probably.

The primary purpose of the expansion is to provide support for Planet Bluegrass’s major events — RockyGrass and the Folks Festival — by creating a new space for parking and additional camping. The new property will allow parking for as many as a 1,000 vehicles as well as an additional camping area that can hold up to 1,200 persons according to the conceptual plan provided to the Town of Lyons by Planet Bluegrass. There is currently a path along the river below the Highway 36 bridge at Apple Valley Road which, in time, should make it possible for those parking and camping on the new property to enter the venue by way of a short walk rather than riding the school busses to the Bohn Park parking area on the other side of town as is currently the option.

According to the plan, Planet Bluegrass can use the parking and camping for its major events, a maximum of 10 days per year. If you’re counting, the RockyGrass gathering in July, along with the Rocky Mountain Folks Festival in August, pretty much take up those days. In addition, the new property will also be able to host a total of 12 minor events each year such as weddings. So, all in all, any impact on the area from the expansion will be short-lived during the current festivals and in reality will likely lesson the overall impact on the Lyons community. While to most folks this may sound like a win-win situation, the town of Lyons still wanted to be sure its residents agreed.

Since the Lyons community is a model of democracy — it has the highest per capita voter turnout in the County — residents were given the opportunity to approve or not approve the annexation and expansion via a special, mail-in-ballot vote.

The results of the vote were announced this past Tuesday, Aug. 8, and we are happy to report that Lyon’s residents said yes to the new and improved Planet Bluegrass Ranch.

That said, do not try to park or camp at the new property next week during the Folks Festival because the new property won’t be ready for public use until next year’s festival season. Repeat: Don’t go there in 2017, you’ll only scare the cows, make them run, and that makes the meat tough. Just kidding, kids… probably.

What all this expansion, annexation and zoning stuff adds up to is an enhanced festival experience going forward. In the future when that last note of the evening bounces off the cliffs above the stage and its sadly time to head for home, it will only be a short walk along the river to your car.

While the new parking and camping area won’t be in play for this year’s Folks Festival, what you will find this year is one of the best top to bottom lineups Planet Bluegrass Ranch has ever hosted. If you act fast you might get lucky and still get your hands on a three-day pass. But if those are all gone, single-day tickets are still available and as you can see from the full schedule below, there isn’t any day of the Fest that won’t leave you with a great memory of this summer. For more on this year’s music, check out BW’s interviews with some of this year’s artists (links provided in the schedule below).

And if you do make it out this year, it’s possible that if you mosey down by the river, close your eyes and listen real hard between sets, you might just hear the crack of a whip, the snort of a sturdy steed and the thunder of 16 hooves being driven across the 26.2-acre Apple Valley plain.

So head ‘em up and move ‘em out… to this year’s Folks Fest and don’t forget to try one of the steak sandwiches. Just kidding…