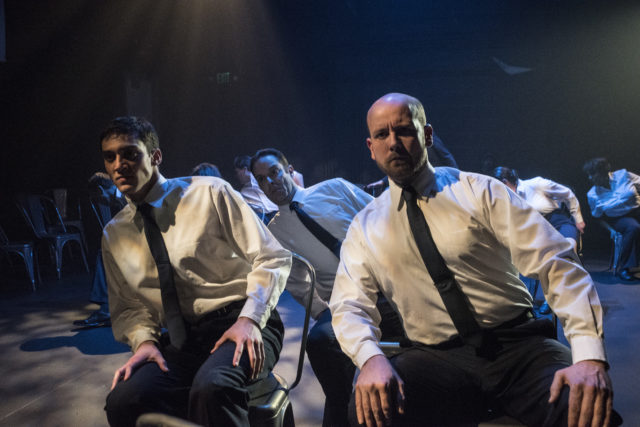 When head flight attendant Jan Brown told her crew on United flight 232 what was about to happen, she said it clearly and calmly: Soon, in maybe half an hour, the plane was going to make an emergency landing. It would be violent. There would be fire and smoke. Visibility would be low at best. And, if they survived, the crew would need to help other survivors evacuate the wreckage.

It was a beautiful summer day, July 19, 1989, clear and hot — perfect by many firsthand accounts. United flight 232 had taken off from Stapleton International Airport no more than an hour earlier, around 2 p.m., headed first to Chicago and then to Philadelphia. But a malfunction most United engineers thought was impossible left the plane with no controls over Sioux City, Iowa, and the 296 people on board facing death.

It’s a story many around the Front Range have a personal connection with. There were more than a dozen people from Boulder County aboard the plane, including Pete “Dr. Banjo” Wernick of local bluegrass outfit Hot Rize. Wernick, his wife, his son and 182 other passengers survived the crash, but 111 didn’t, five of them from Boulder, dozens of others from the surrounding area.

Deep community connections make telling the story of United flight 232 both compelling and complex, a delicate balance local theater company The Catamounts achieves in its presentation of United Flight 232.

Originally commissioned by The House Theatre of Chicago, United Flight 232 is a stripped-down theatrical telling of the plane crash that relies on light and movement to convey a story of grisly tragedy. With the audience seated in a circle around them, just nine actors fill the rolls of 21 people who were either aboard the flight or communicated with the flight crew that day.

Save a few simple projections, the chairs are the only set to speak of. (Not coincidentally, they are identical to the ones in which the audience is seated.) Scenes change with a gentle swirl of choreography; a move from the main cabin to the cockpit stirs up all nine actors, their chairs bobbing up and down at chest height to mimic the motion of the plane, some actors moving to the periphery, the remaining settling back into their seats in a new position for the next scene.

Often seated not much more than a foot away from audience members, the cast makes direct eye contact as they tell mostly first-person stories from the crew and passengers. There’s a workaholic mom bargaining with God to be a more attentive mother and wife if He’ll just let her live through this. There’s 9-year-old Yisroel Brownstein, an unaccompanied minor, who teaches the adult passenger beside him the prayer his father taught him. There’s a Vietnam vet who’s survived that hell, plus a car accident, so he expects to walk away from this crash, but not before he helps as many others walk away as possible. Then there are the flight attendants, all women, who, despite individually finding privacy to pray for their lives, never falter in front of their passengers.

The cast works as a singular entity at times, collectively introducing characters before the characters introduce themselves. It’s a gesture that suggests they are all the same — we are all the same, and we’re all in this together.

The bare-bones approach of United Flight 232 results in an intimate experience that places the audience in the cabin of that ill-fated DC-10 jet. In the compact space of the Carsen Theater, it’s easy to see tears forming, in both the eyes of other audience members and in the cast.

Staying true to playwright Vanessa Stalling’s original script (adapted from a book by Laurence Gonzales) was paramount for director Amanda Berg Wilson, co-founder and artistic director of The Catamounts. In Wilson’s conversations with Stalling, the playwright was adamant that United Flight 232 not be directed “like a drama with a capital D.”

“It’s about common humanity more than ‘these people were heroes,’” Wilson says.

That’s what sticks with flight attendant Susan White, who was 25 at the time of the crash. Today, White lives in Golden with her fiancé, a pilot. She sat in the audience, unannounced, for the preview showing of United Flight 232.

“It shows such an important role that strangers played helping each other,” White says. “It’s so heartwarming to know in a crisis like that, that people do come together and help each other. I had to hold back tears a few times.”

White went back to work five-and-a-half months after the crash. Reliving the story over and over again as she worked with new flight crews, White says she had a breakdown about a year in and went back to therapy. It hasn’t always been easy, but she’s happy. She still talks to Jan Brown, the chief flight attendant on 232, who went on to advocate for increased safety measures for children on commercial flights.

In just a few days White will fly out to Hawaii. She’s still a flight attendant.

Director Amanda Berg Wilson welcomes any survivors of United flight 232 to contact The Catamounts if they would like to see the play or discuss their experience: thecatamounts@gmail.com.

ON THE BILL: United Flight 232 — presented by The Catamounts. Dairy Arts Center, Carsen Theater, 2590 Walnut St., Boulder. Through March 9. Tickets are $20, $18 for students/seniors.