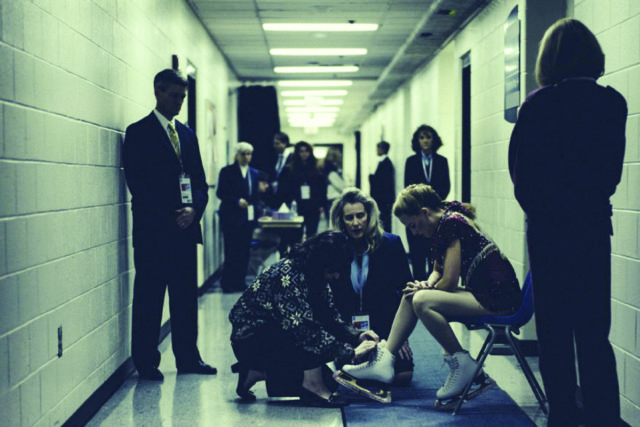 Back for a second weekend, the 40th annual Denver Film Festival offers plenty for moviegoers looking for something old and something new. From the masterpieces of yesteryear — Withnail and I (Nov. 9), Under Childhood: The Films of Stan Brakhage and Jane Wodening (Nov. 12), Breaking the Waves (Nov. 12) — to the future classics of tomorrow, DFF is the moviegoers’ place to be.

“Doing the same thing day in and day out is tough, but that’s what you’ve got to do to make it work.” So sayeth Osamu Tomita, one of Japan’s greatest ramen chefs, a man who has slung noodles across his counter six days a week for the past ten years.

On his days off, Wednesdays usually, Tomita travels around Tokyo sampling other ramen bowls, three typically, considering what each offers and what each lacks. He is a man of process and devotion, and documentarian Koki Shigeno captures Tomita’s pursuit of perfection and satisfaction with salivating precision in Ramen Heads (Nov. 9).

Satisfying is the best way to describe the works of South Korean filmmaker Hong Sang-soo, who has two films at the fest: The Day After and On the Beach Alone at Night (Nov. 10-11). The latter centers on Young-hee (Kim Minhee), a popular actress who pushes against the patriarchy, stating simply, “I want to live in a way that suits me.”

Shot in black and white and relying on social pyrotechnics rather than physical explosions, On the Beach is a premier example of what engaging dialogue and simple camera compositions can achieve.

There is nothing simple about Thirst Street (Nov. 10-11), but it just wouldn’t be DFF without a movie from Nathan Silver. Much like Hong, Silver has been refining his cinematic skills, finding a new gear in visual storytelling.

Set in Paris, one lit by sleazy neon and photographed through hazy lenses, Thirst Street follows Gina (Lindsay Burdge) as she recovers from her husband’s suicide, falls in love with a nightclub bartender (Damien Bonnard) and is consumed by romantic obsession.

Obsession doesn’t even begin to describe the life and times of figure skater Tonya Harding. Directed with delicious zeal by Craig Gillespie, I, Tonya (Nov. 11) draws from the confessional and completely contradictory first-person accounts of Harding’s rise to infamy — from her lower-class upbringing in Portland, Oregon, to her public demise at the 1994 Lillehammer Olympics.

Everyone knows Harding’s relationship to Nancy Kerrigan but I, Tonya tells a much different story: one of class, a domineering mother (Allison Janney, simply spectacular) and the cyclical nature of abuse. And, as Harding (exquisitely played by Margot Robbie) points out, the American audience was just as complicit in that abuse: “I was loved for a minute, then I was hated. Then I became a punch line. It was like being abused all over again. And you were all my attackers.”

I, Tonya is this year’s closing night film, one that will surely be remembered by the time the 80th Denver Film Festival rolls around.