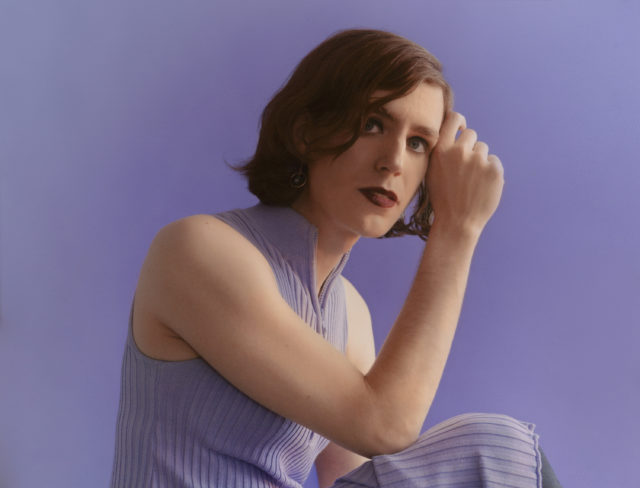 What an age! Everyone is dying, everything is dying, and the earth is dying also, eaten up by the sun and the wind. I don’t know where I get the courage to keep on living in the midst of these ruins. Let us love each other to the end.”

So wrote George Sand—pen name and chosen identity for French novelist and journalist Amantine Lucile Aurore Dupin—in 1870. In her time, Sand balked at convention, yet she became one of the most renowned Romantic writers of early 19th century Europe. She smoked tobacco and wore men’s clothing in public, subverting stereotypes and the law, which required a permit for such behavior. She divorced her husband, gained sole custody of her children, and was known for her “romantic rebellion,” unabashed by her affairs with both men and women.

More than 150 years later, Sand’s words (written to friend Gustave Flaubert late in life) hint to the existential dread that plague many in our current moment. It’s a reminder that there really is nothing new under the sun, and even if it feels like the world is ending, life really does go on.

Sand’s words could also fit as an epigraph for indie-rock singer-songwriter Ezra Furman’s latest album—All of Us Flames, out Aug. 26.

Written on a music retreat out in the desert east of Los Angeles, the record is a recognition that when it feels like things couldn’t get any worse, the Earth tends to keep spinning. Life continues, and the question becomes what to do with ourselves then. In Furman’s view, apocalyptic references are often used as a scapegoat, a way of putting all the responsibility of the world’s problems on humans, without engaging in the beauty of helping each other through the mess.

It’s an evolution from the punk-heavy protest songs of Furman’s last release, 2019’s Twelve Nudes, which spoke out against the broader social structures, institutions, and power players that attempt to control. With her recent singles and forthcoming album, Furman becomes almost spiritual, reflecting her deepest concerns and the solace she’s found with the people immediately surrounding her.

“I feel like there’s a natural arc from a rebellion—a noisy moment of catharsis, a big cataclysm of breaking away from something, or destroying, that all happens in a panic; and then it’s like, ‘Well, what’s the sustainable thing to do now?’ It felt like the world was ending, but after the world ends, it keeps going and we just have to take care of each other if we are to survive,” she says. “It’s the idea that the end is never over. That’s the place I’ve been in and this is what this record reflects.”

In some ways, she says, the same could be said of her (and perhaps most people’s) process of publicly voicing sexual indentity and even gender identification.

“It’s like this could be a big moment to come out of the closet, to reject what you were expected to be and plant your feet somewhere else,” she says. “But then you have to actually start becoming…  At that moment, you’re not done at all, you just started.”

On social media, Furman announced she’s a trans woman and a mom in 2021. However, she’s identified as genderqueer for years, and what the media has taken as a defining moment isn’t so stark in her mind.

“I’ve just always been the shapeshifter. There’s sort of the chaotic, beautiful reality of my becoming and finding my way to thrive,” she says. “I just think that being a trans woman is a thing, and that seems to clearly be what I’m doing. … It’s a life-saving relief for me to be feminine.”

For years Furman resisted labels and the idea that she had to decide, that she owed anyone an explanation. But in the last couple of years, she realized how helpful it could be to communicate with those closest to her—family and friends—what was going on inside.

“I guess it’s just started to be true that other people knowing, having some guidance on how to talk about me, really started to be part of that freedom,” she says. “For it to be all internal, it’s a lot of work to be the only one who knows.”

Musically, All of Us Flames relies much more heavily on a classic indie-rock sound than her previous work, and the lyrics, while still referencing broader societal attitudes, speak more to community and communal existence. As she wrote, she found herself singing in the third person plural (we), avoiding the “you” of second person and only referencing herself in the first person in one song. In her words, it’s a move from lone wolf to recognizing who’s in her corner. It really all comes down to “interdependence,” she says: “Sneakily, it’s kind of the key to the challenge of our whole future as a civilization.”

On a less conceptual level, Furman thinks she and her band simply made a good record, one she’s proud of. Before putting pen to paper, Furman immersed herself in other music, leading her on a journey of discovering what disparate acts/sounds had in common. Like, what would happen if you fused overlooked ’80s Bob Dylan records with the work of ’60s-era all-girl pop group The Shangri-Las? Or what about putting country blues guitarist and singer Lightnin’ Hopkins next to the earthy textures of Leonard Cohen?

“They seem very different, but what do they share?” she says.

She also drew from the oeuvre of David Berman, the musician behind The Silver Jews, Purple Mountains, and Pavement. Berman himself drew from the rich history of simple country and poetry to create his infamous lo-fi indie rock.

If the three recent singles are any indication of what’s to come with the full-length record, Furman achieves her goal. Like Sand, Furman challenges the status quo, both in life and in art.

By tapping into that universal artist, Furman finds another layer of herself through the music, a fresh tone of voice. On this record, her stark and simple vocals, set to easy chord strums and melodic drum beats, imbue hope. And she offers it to all of us, asking if we can trust each other enough to keep going.