“The shortened version of the extremely long story,” Charlie Parr begins when I ask about the journey he took to make his new record, Dog, “was that I was clinically diagnosed with depression when I was a teenager. Failed — thankfully — suicide attempts put me in the state hospital a few times. It kind of changed the trajectory of my life in ways I never could have imagined.

“And then it went away.”

The Duluth, Minnesota-based folksinger says he didn’t experience that kind of depression again for decades, not until he was in his late-40s.

“It came back in a really hard way. I had forgotten about it, what it was like. People have a tendency to make the easy equation that depressed people are sad. It had nothing to do with sadness at all. I wish I felt sadness. I’d be glad to be sad; at least you feel something. For me it manifested into this harsh and cruel negative space. Feels very blank. That’s much worse than sadness. I don’t mind being sad; there’s a purposefulness to it. Melancholy creates and blankness destroys.”

Now 51, Parr says he’s been riding out this wave of depression for the last four, going on five years. To cope — or distract — he stays on the road. He’s a 250-shows-a-year kind of musician. It took a broken shoulder this summer to get Parr off the road.

“Leading up to Dog some of this stuff was starting to break loose a bit,” Parr says. “And I was starting to let myself write in a more personal way. Before, what I wrote was personal but directed at different subjects other than myself. I write about my dad, people I know, I make up composite characters, fictional stories. But Dog was really personal, and writing about it seemed to help a little bit lifting some of the… ” Parr pauses, recalibrates.

“Revisiting depression in my late 40s was different than it was as a teenager. When I was a teenager everybody said, ‘Oh, it’s gonna lift and then you’re gonna have your whole life. You’re gonna be happy.’ But now no one can say that to me. I’m 50 years old — you can’t tell me I’ve got my whole life ahead of me because I don’t. There’s this weird sense of bleakness that came with it that I didn’t have when I was 15 and I have it now. So Dog has some of those kinds of problems hovering around it.” 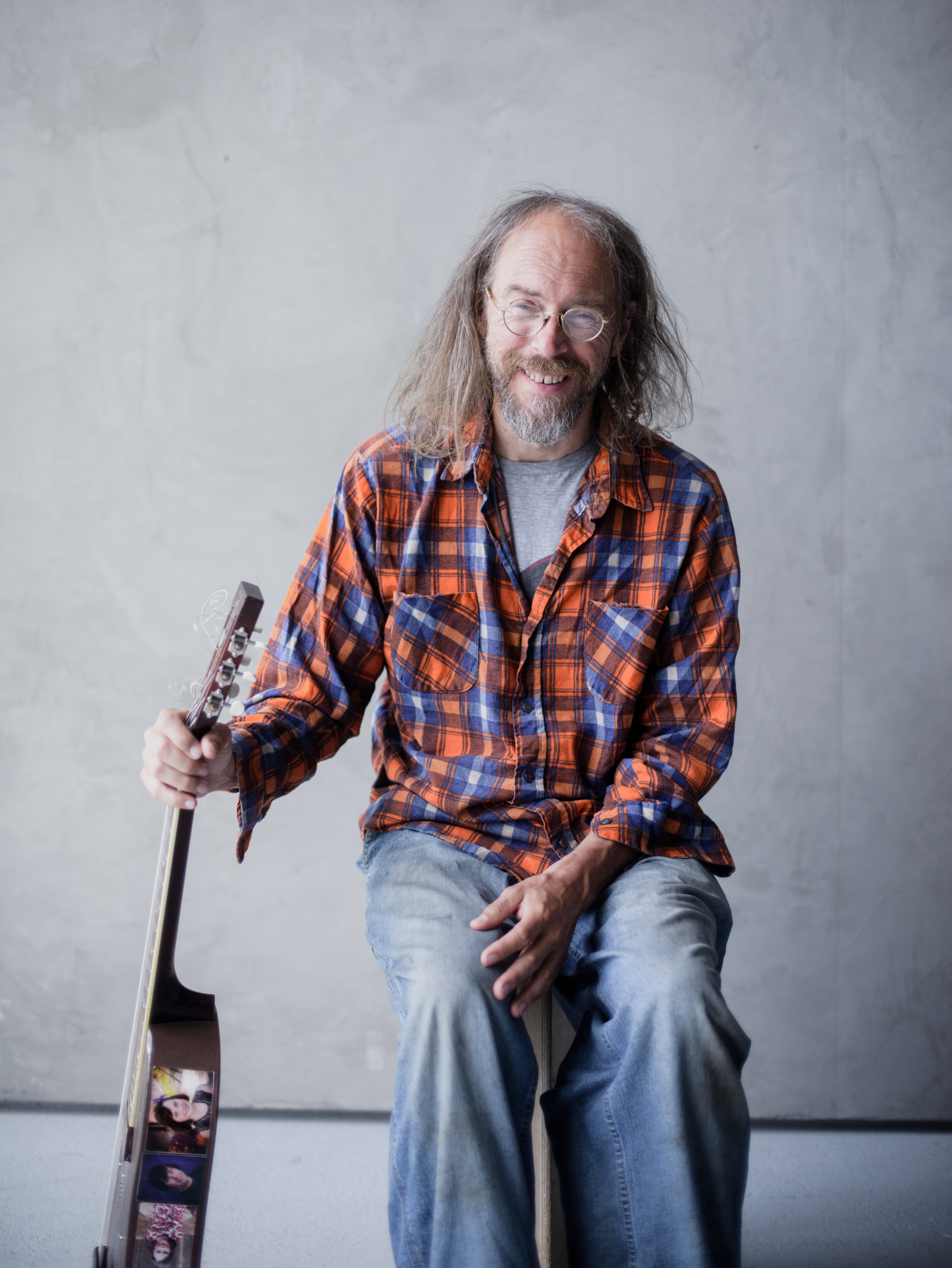 Parr struggled to make the record. The recording session for Dog was scheduled and canceled three times. At one point, feeling defiant about his depression, Parr was set on making two records: one solo, since the songs were so personal, and another with a big ensemble of folks on the same tracks to help “lift the heavy mood.” But his own mood wasn’t up to the task.

Finally, it was his close friend, percussionist Mikkel Beckman, who refocused Parr’s attention.

“He reminded me of the way we first started recording. He said we just didn’t talk about it. We didn’t plan it. We had songs and we went somewhere where someone was recording and we just recorded it and that was the record.”

Finally, with four of his closest musical companions at his side, Parr let go and laid down Dog in a single afternoon.

Recording has never been an easy endeavor for Parr, which might be surprising given his 13-album catalog.

“I think my problem is that I make…” Parr pauses, goes a different route. “I wanna be…” He reconsiders one last time, then goes for it: “I wanna be part of the community of musicians who create important recordings or landmark records, and I’m not. I’m part of a different community of musicians who are more tuned into just performing and traveling. I’m an attenuate folksinger and I’ve got to get it out of my head that I’m going to be something different than that. It’s a process of self-acceptance I’m trying to work on.”

Parr assures me that this isn’t just low self-esteem talking, that he doesn’t see this as a deficit in his personality. Quite the opposite. This is radical acceptance.

“There’s not gonna be a single masterpiece in my life,” Parr says. “The masterpiece of my life is just going to be the entire act of traveling around playing these songs.

“I think it was Jerry Garcia that said, ‘Music only happens when people are making music.’ Recordings are the reminiscences of music. They’re not really music. It’s an impression. I’m a real believer in that.”

Even while Parr works on accepting who he is as a musician, the music he makes is self-assured, strong, even when it cries out in pain. Dog is a vulnerable album, but it’s never weak. You can feel Parr’s mood shifting as the album progresses, moving from Parr alone on acoustic guitar in the album opener, “Hobo,” to a washboard-and-harmonica-fueled foot-stomper on the closing track, “Peaceful Valley.” There’s a lot of darkness spread throughout, right to the very end (“Peaceful Valley” is a rollicking, borderline funny, dark tale about a hoarder facing eviction), but the record never veers into abject bleakness. Like most folks dealing with chronic depression, Parr’s mastered the ancient mental martial arts of gallows humor and self-deprecation.

“When I go down that funeral road/ Baby I’ll be dressed up fine,” Parr sings in “I Ain’t Dead Yet.” “With a brand new suit and tie/ Like I never could afford when I was alive/ Well I ain’t dead yet/ Lemme wear that suit right now/ No one can see it/ When I’m locked in that box/ Underneath the ground.”

Parr steps outside his own head to examine the meaning of life in the title track.

“I had this weird revelation a few years back,” Parr says. “I had this dog, Ruby. We’d go for these walks and it occurred to me one day: I can go for a walk anytime I want to but this dog, on the other hand, is subject to my whims, and suddenly it struck me how not fair that was. We started taking walks where I would just follow her where she went. We did a lot of trespassing. These walks took on a whole other meaning to me personally. I started to see what she’s interested in. She’s stopping to smell something and I wonder what it’s like. She has a whole encyclopedia in her head of what happened at this spot. I’d never drag her away from a smelling place; it’s like getting to the end of a good book and someone taking it away from you before you can finish.”

Again, Parr dives into the psyche of a canine for “Another Dog,” wondering about the level of control humans demand over everything around them, including their pets.

“That amount of control is a problem,” Parr says. “I want less. I want more understanding and less control.”

Parr’s spent his life looking for understanding. A “weirdo” from Austin, Minnesota — home of Hormel and SPAM, which basically offered the only jobs in town — Parr was a bookish kid who got ridiculed frequently for being put in the hospital for “something that wasn’t real.”

He dropped out of high school, got into trouble, wound up in jail, and finally, on judge’s orders, got his GED (and, unsurprisingly, scored high marks). Through it all, his parents remained steadfast in their devotion to their son, never judging him, always supporting.

Parr went on to earn a degree in philosophy, but soon found himself working with a homeless outreach group in Minneapolis. His job was pretty simple: drive around looking for people who looked like they needed help. He’d hand out food and blankets, and refer people to social workers or the VA.

“The first time I did it I felt immediately at home in my own skin for once,” Parr says. “You wouldn’t believe the people who live outside in Minnesota, how they have to be incredibly resourceful. If you’re sleeping outside in the winter, the tendency, in my experience, is to make sure your neighbor is warm, make sure the people around you were going to be awake when you wake up the next morning. I saw that time and again and it changed my life. It helped me far more than I ever helped anyone. The thing they did for me was far more valuable than what I did for them.” 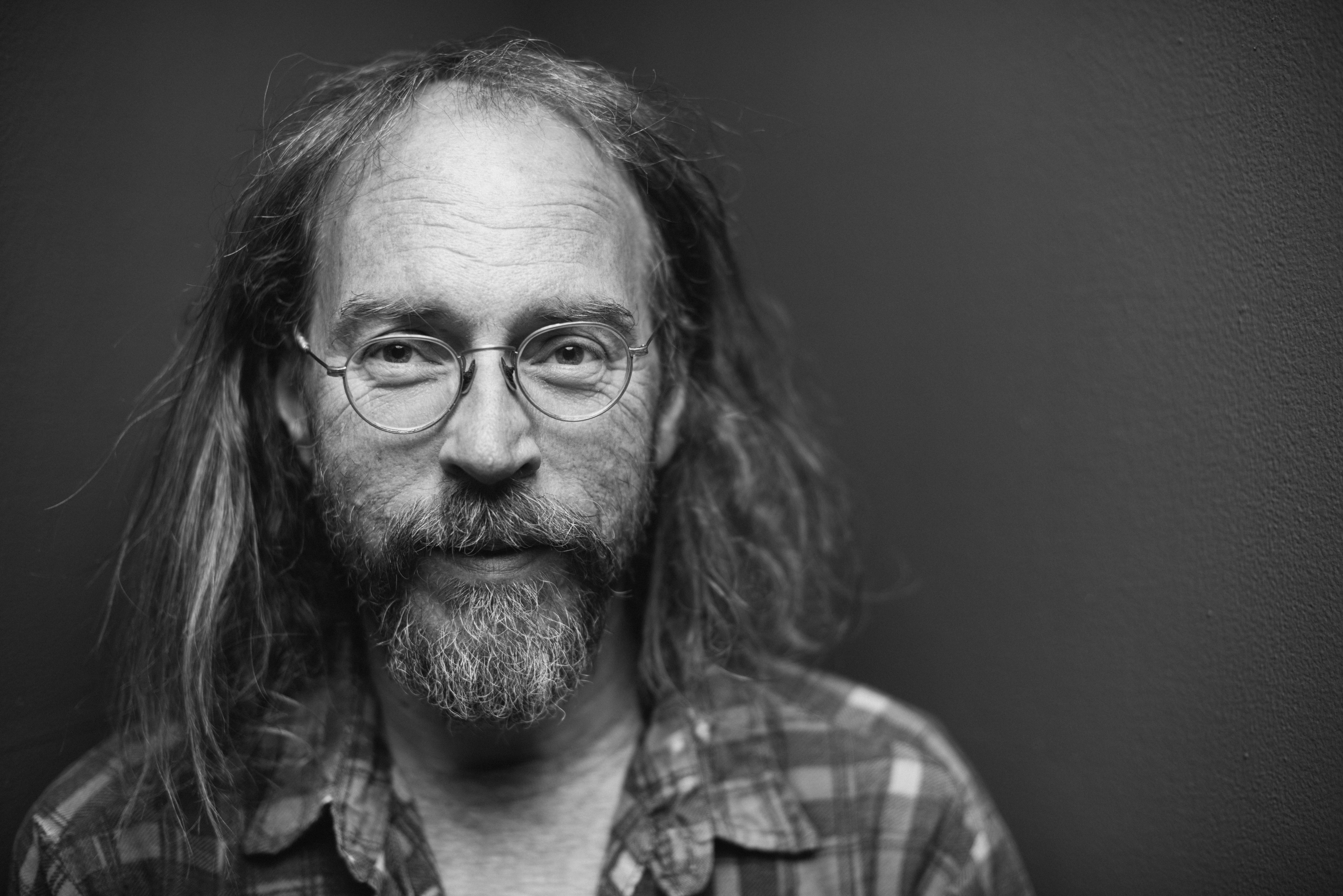 Parr’s carried that with him through his life, that vision of resilience in life’s darkest hours. Resiliency is there in everything Parr does. He’s held onto it through his father’s death when Parr was 25, through a marital separation, through his diagnosis with focal dystonia, an uncureable neurological condition that forced Parr to change the way he plays guitar and quit playing banjo altogether.

It could be that part of Parr’s resilience comes from his open-book personality. Even when he admits that he hasn’t sought the professional help he knows he’s needed over the past five years, it’s clear Parr’s done some psychological maintenance.

It’s clear because Parr’s alive and having this conversation right now.

“Saying [I was suicidal] made people extremely uncomfortable because I think they think [I’m] looking for help, when I’m just presenting,” Parr says. “It’s like a fish bowl. Suicide is the fish and you can clearly see the fish through the bowl, it’s just what it is. I haven’t been able to find the skill in my words to tell people that I’m not asking you for help, I’m just presenting myself honestly to you. You don’t have to help me. I just want you to accept me and understand that you can see the fish and you can see it anytime you want to because the bowl is clear. The fish is fine. All you have to do is accept that fact, that this is the way I’m built.”