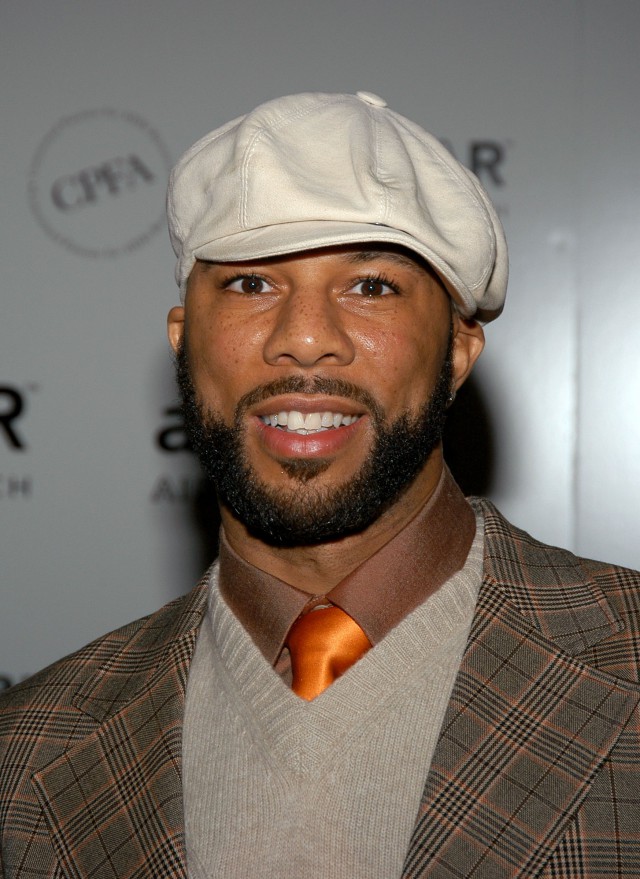 Common is running a little late for his interview. But he’s a musician, right? That’s to be expected.

And so he is. Those tentative first steps in front
of a movie camera in films from “Smokin’ Aces” to “Date Night” have
been replaced by his first starring role, paired up with in the romance “.” He’s not the bald tough guy with the scary eyes and the big gun, sort of the generic rapper-turned-actor role. Not this time.

“As my daughter says, ‘Daddy, when are you gonna stop playing the BAD guy?’

“I wanted to break free of the sorts of roles that
sees me in; you know, the tough guy. I like doing dark roles, but I
like playing romantic, and I like playing conflicted characters. This
guy gives me all that, and he’s an NBA player. He’s my dream role.”

Common, 38, grew up on . may have harbored dreams of basketball glory — he played organized ball
up to high school — but it was with a microphone that he found fame. As
the rapper first named Common Sense, then shortened to Common, he
developed a rep as “ cerebral rapper” (per The Guardian newspaper) thanks to his clever lyrics, soulful rapping and singing style in songs such as “Be.”

“Through death through conception

But as his musical fame grew to include a couple of Grammys and a featured slot in “Block Party” hip-hop concert film, Common sought other outlets, taking classes from veteran acting coaches . They helped him with the basics, but for “,” he needed more than that.

“I worked with an assistant coach for the Nets so
that it felt natural when I got out on the court. Don’t want to look
like I’ve got no game.”

Common has been in hits (“Date Night” is the
surprise of the spring) and prestige pictures (“American Gangster”).
He’d love to move into more serious and varied roles. Playing the late
soul singer is “a dream of mine.” And if
he needed further reinforcement in his decision to add acting to his
resume, he could look at his “Just Wright” co-star, the Oscar-nominated
singer and actress .

“She made this journey from hip hop to TV to movies
and excelled in all of them,” Common says. “Working with her is
learning from the best. I plan to be the biggest movie star and
greatest actor out there. And I plan to continue making music,
hopefully music that moves and inspires people. I want to continue to
do both because both are what I believe I was put here to do.”

Visit the Sentinel on the World Wide Web at http://www.orlandosentinel.com/.