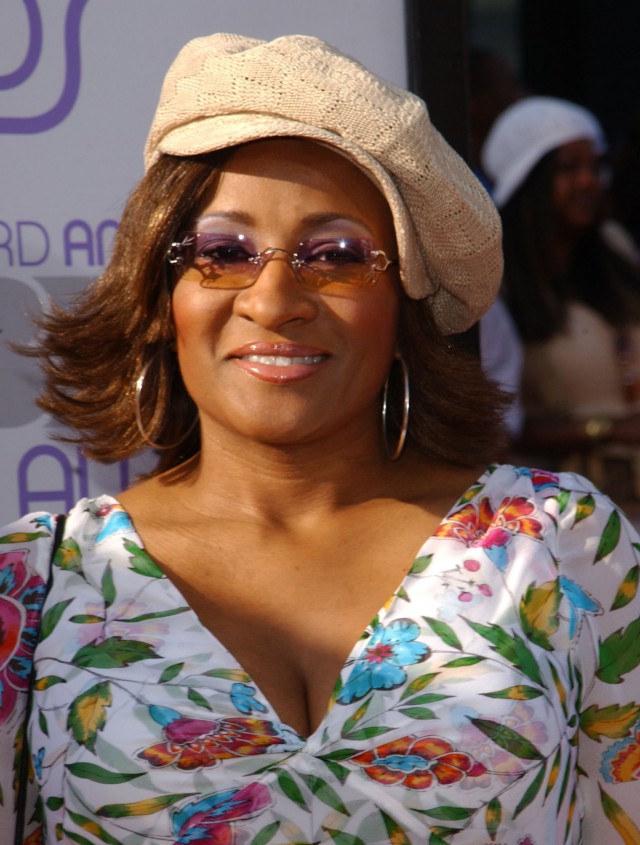 As the mother of 1-year-old twins, has shifted her television viewing habits.

When asked whether she plans to watch upcoming late-night show for TBS, she says with you’ve-got-to-be-joking
bluntness: “With two kids now? I will be in bed. I Tivo everything. I’m
serious. I can’t make it past 10 o’clock watching TV.”

There have been other changes for her regarding
television. Both “The Wanda Sykes Show,” her late-night series for Fox,
and “The New Adventures of Old Christine,” the sitcom in which she costarred with , were canceled in May.

“It’s show business,” she says about losing two
series in one year. “I’m never surprised or shocked … especially in
network television. I’m never surprised. Never caught off guard.” So
now she’s back on the road with her stand-up act.

Among the liveliest segments on “The Wanda Sykes Show” were the panel discussions that drew big-name guests like , and . Would she be interested in doing another show with that sort of panel?

“Right now, I have no idea what I want to do, as far
as another show, or if I want to do another show,” she says. “Right
now, I’m focused on the live performance and getting back out onstage.
… I’ll get inspired from that and figure out what’s my next move.”

Still, she’s happy with what “The Wanda Sykes Show”
accomplished. “For network television, I thought we kind of pushed the
envelope a bit.”

Not having to devote her time to two TV shows has
its pluses. “I’m enjoying spending time with my kids and catching up
with some friends I haven’t seen in a long time, so this is nice,” she
says.

The versatile comedian has worked on several TV
shows, including HBO’s “Chris Rock Show” and “Curb Your Enthusiasm.”
She’s had costarring roles in movies like the comedy “Monster-In-Law” and “Evan Almighty.”

Sykes is able to find the humor in everything from
politics to her own network. When she was promoting her late-night show
on “The Daily Show,” she told : “I’m on the good Fox. The ‘Family Guy’ Fox. The dirty, filthy Fox. Not the crazy, .”

In 2004, she was included among
25 funniest people in America. The magazine described her comedic
energy, saying she “rarely fails to deliver a verbal smackdown.”

In , Sykes spoke out against the passage of Proposition 8 ban on gay marriage and declared at a rally in that she was proud to be gay. She and her wife became parents in .

Last year, she stirred controversy with her jokes slamming during her routine at the dinner.

On “I’ma Be Me,” which was filmed in , Sykes shared her thoughts on topics like coming out, health care reform and growing older. review of the special said Sykes was “at the absolute top of her form: smart, blunt, a little combative, but never abrasive.”

Sykes says venturing into edgy territory requires a certain approach from a comic.

“Really, it’s all about the level of confidence that
you have. If I start talking about something that’s edgy and if I look
like I’m uncomfortable talking about it, then the audience, they’re
going to be uncomfortable, and it’s going to be hard to be funny
because everybody is just feeling weird.”

Although she says doing stand-up comedy isn’t easy,
it’s an arena of show business she thoroughly enjoys. “This is all me,
by myself, so it’s like you’re out there without a net. But it’s what I
love the most, and it’s, I think, where I’m the most comfortable.”