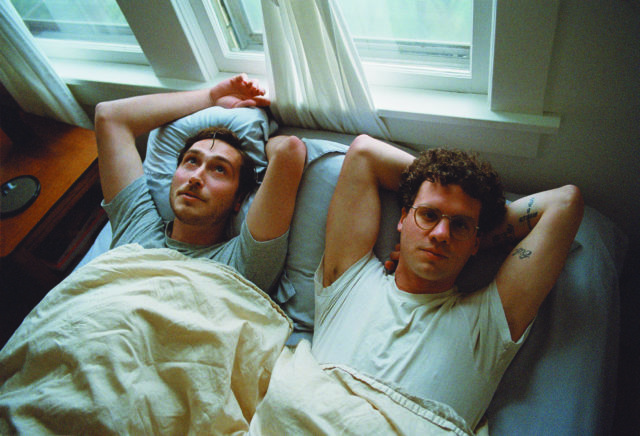 If your organization is planning an event of any kind, please email Caitlin at crockett @ boulderweekly dot com.

Boulder-based Art of Modeling is hosting a virtual figure-drawing class from 2-4 p.m. daily through June 15. The cost is $10. Contact Ellen Allen, artofmodelinginfo@gmail.com, 831-421-2684.

Join the Community Fruit Rescue staff (CFR) and board of directors for a virtual happy hour and fundraiser at 5:30 p.m. on Thursday, June 4. You’ll hear from guest speaker Woody Tasch, share a few community testimonials, discuss safe harvesting during COVID-19, and get looped into a fundraiser that will help support CFR’s work during the 2020 harvest season. BOCO Cider in North Boulder is opening from 3-5 p.m. on June 4 as a special Fruit Rescue favor so you can grab something delicious to enjoy during happy hour. RSVP to the event to get the Zoom link: bit.ly/gleaninghope

Trevor Hall’s music blends roots and folk music with his deep appreciation of Eastern Mysticism. This livestream from Boulder Theater promises an intimate evening of songs and stories, with a Q&A with Hall after the show. This event is free, just register at bouldertheater.com. You can also see more information about purchasing an exclusive event poster ($29.95, including shipping) that allows Boulder Theater to deliver this special event with no admission fee.

Join Johanna Walker and co-host Hal Walker for a night of real stories from real people. The theme for the night is RING. Did you find your ex’s wedding ring while searching for your lost keys? Did you fall in love while playing ring around the rosie? It’s too late to submit your story for this slam, but it’s certainly not too late to join in and listen. Suggested donation of $10-$20 that will help Boulder’s Story Slam and The Dairy Arts Center continue to bring you great programming.

Note: This event, originally scheduled for June 4, has been postponed until Thursday, June 11 to stand in solidarity with those fighting for justice for black lives. Between June 4 and June 11, Whitney, an indie rock band from Chicago, will donate $300 each day to a different organization that is supporting marginalized communities in the fight for justice and equality. Whitney will donate 100% of the profits from the livestream on June 11 to Black Lives Matter and My Block, My Hood, My City. The stream will be supported by NoonChorus, an independent, community-driven organization that aims to support artists during the COVID-19 pandemic by reconnecting artists with fans. Tickets: $15 in advance, $20 day of show.

The revolution will not be televised — A playlist for making change

‘The Revolution Will Not Be Televised,’ by Gil Scott-Heron

“The first change that takes place is in your mind. You have to change your mind before you change the way you live and the way you move. So when we said that the revolution will not be televised, we’re saying that the thing that’s going to change people is something that no one will ever be able to capture on film. It’ll just be something you see and all of a sudden you realize, I’m on the wrong page, or I’m on the right page but I’m on the wrong note.” —Gil Scott-Heron, speaking to Skip Blumberg for the award-winning Public Broadcast System series ‘The 90’s.’ Click here to watch Scott-Heron’s full interview with Blumberg.

‘We The People,’ by A Tribe Called Quest

When A Tribe Called Quest dropped this song on Nov. 11, 2016, the U.S. was reeling from the election of Donald Trump. Jayson Greene of Pitchfork called the song “a sliver-sized miracle, a crack of light illuminating the door in a dark wall. This is the function Tribe songs have always served — they point to a path through wilderness.” Q-tip muses on how black communities are marginalized, scrutinized and, eventually, colonized: “…living in a fish bowl / Gentrify here, now it’s not a shit hole.”

In 2012, three members of the music collective Pussy Riot were arrested and accused of “hooliganism” by the Russian government. Member Nadya Tolokonnikova served some of her two-year sentence in a women’s penal colony, where she reported that prisoners worked 16-17 hours a day, and complaints were met with punishment. Since her release, Pussy Riot has continued to say exactly what they mean, like in this 2016 response to the election of Donald Trump: “Let other people in / Listen to your women / Stop killing black children / Make America Great Again.”

‘The Guillotine,’ by The Coup

Boots Riley was born into a family of social justice organizers in Chicago. His German Jewish grandmother fled Europe in 1938. Needless to say, Riley’s had a few things to say over the years about racial justice. Don’t let the title of this track scare you; just listen to the lyrics: ‘If you press your ear to the turf that is stolen,” Riley sings, “You can hear the sound of limitations exploding.” This isn’t about violence, it’s about dismantling a broken system.

‘This is America,’ by Childish Gambino

Donald Glover made a brilliant artistic statement about gun violence and racism in America with the video for this song, featuring Glover dancing through an escalating riot. The video offers layers of meaning to peel back and explore: Is the choreography intended to distract from the violence? Does Glover gun down the gospel choir as they sing “get your money black man” as a way of protesting the stereotypical black performance role he has taken on to earn money? It’s a visual feast meant to be picked clean to the bone.

‘Malcolm Said It,’ by Akala

The British rapper, journalist, author, activist and poet known as Akala (Kingslee James McLean Daleya) points out the throughline in the messages from black activists through the years — “Malcolm said it / Martin said it / Marley said it / Ali said it / Garvey said it / Toussaint said it” — then reminds us how hated they were in their lifetimes: “We love them dead when they speak no more / But they will endure, ideas are bulletproof.”

‘Get Up, Stand Up,’ by The Wailers

Bob Marley used simple, often joyful language to talk about oppression and the path forward: “We sick an’ tired of-a your ism-skism game / Dyin’ ‘n’ goin’ to heaven in-a Jesus’ name, Lord / We know when we understand / Almighty God is a living man / You can fool some people sometimes / But you can’t fool all the people all the time / So now we see the light / We gonna stand up for our rights.”

Jordan Peele chose to use this song to close out his mind-bending, social commentary horror flick Us. The song is a breath of fresh air after a tense, deeply psychological movie — Peele has called the song a “palate cleanser.” While this track from 1970 certainly isn’t a traditional protest song, its lyrics are indeed cleansing, a reminder to constantly search for compassion, that most radical of emotions: “Inside every man lives the seed of a flower / If he looks within he finds beauty and power … Throw off your fears / Let your heart beat freely at the sign / That a new time is born.”

“I want my money back / I’m down here drowning in your fat / You got me on my knees praying for everything you lack / I ain’t afraid of you / I’m just a victim of your fears / You cower in your tower praying that I’ll disappear/ I got another plan, one that requires me to stand / On the stage or in the street / don’t need no microphone or beat.” Hard not to think of Trump in his palace built by black hands, protected by armed guards, hiding with the lights out as the world outside demands change.

His mother left 2-year-old Alejandro in Chile to set up a better life for them in the United States. She’d bring him north just as soon as she had enough money.

“America wasn’t as friendly and as she had hoped,” Fuentes-Mena says over the phone recently. “She never actually made enough money to purchase my plane ticket over here.”

Then the church his mother had joined in San Diego pitched in and brought her son to California. He hadn’t seen his mother in two years.

On Sunday, June 7, a church will again be a part of Fuentes-Mena’s story as Reverend Pedro Silva, of First Congregational Church in Boulder, reads Fuentes-Mena’s autobiographical story of the journey, hard work and love his family endured to help him become one of the first teachers in the country with DACA — Deferred Action for Childhood Arrivals — status. The U.S. Supreme Court is expected to announce its decision on the Trump administration’s challenge to the protected status any day now.

This performance is part of Motus Theater’s Welcoming the Stranger series, a collaboration with religious leaders who read aloud the story of an undocumented person and reflect both personally and theologically on the impact of stepping into their shoes.

“To me, Christianity, and all religions really, are stories,” Silva says. “Stories that tell people some of the fundamental questions that we wrestle with in life: Where do we come from? Why are we here, and where are we going? Each human wrestles with those questions. And what Motus does is it gives people an opportunity to hear people’s stories that don’t typically get heard. And when we hear people’s stories, if we’re listening, we hear that commonality of where did you come from, why are you here, and where are you going. They’re highlighting the commonality in our humanity.”

The reading will be followed by reflections from both Silva and Fuentes-Mena, examining their feelings on sharing someone else’s story and having your own story shared.

“When a person is willing to take [on your story], when they come with the intention of actually trying to step in another person’s shoes, I think it makes your story feel sacred,” Fuentes-Mena says. “It makes your story feel like it has dignity and that somebody is attempting to understand a piece of you, a piece of your trauma. You feel accepted when somebody is actually willing to hold your story, breathe in every word and try to understand where it is that you came from and how, despite all of that, you are now an individual that’s standing in front of them.

“All we’re trying to do, which is sad, is convince others of our humanity.”