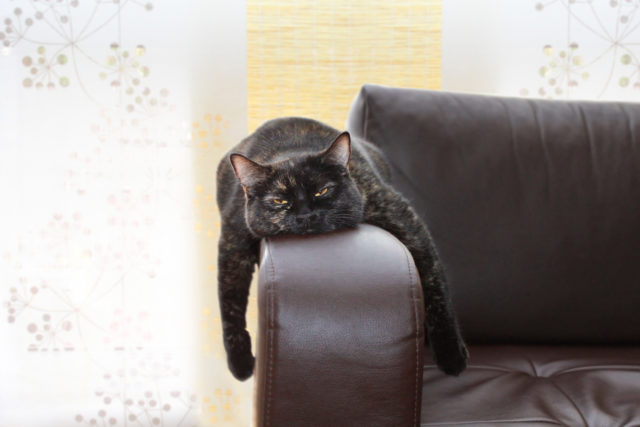 Boulder Ensemble Theatre Company is gearing up to present ‘The Nina Variations,’ a reimagining of  Anton Chekhov’s ‘The Seagull’ and its star-crossed lovers, Nina and Treplev. Playwright Steven Dietz reinvigorates the play’s final scene in 43 alternative versions as the characters puzzle out what love is, whether they’re in it and how to escape from it. Featuring five Colorado couples as variations on Nina and Treplev, this first-of-its-kind theatrical production was recorded in June/July 2020 at BETC East Studios. The Nina Variations will be streamed via Vimeo. You will receive a URL link and a passcode to view the production at your convenience, anytime within the two-week window. $25 tickets for indviduals, $45 for a household.

With live music by David Williams’ Trickster Carousel, Boulder Burlesque presents In/Side Show, an immersive, multi-medium burlesque experience that explores the tension between spectacle and stigma. Acts will engage with the aesthetics of vaudeville, the carnivalesque, the grotesque and sideshow featuring cabaret-style performance, neo burlesque, drag, clowning and comedy. Part of this year’s Boulder International Fringe Festival, the show will be captured live each night from the stage at The Spark Theater and livestreamed via Zoom. As a part of Boulder Burlesque’s commitment to supporting and amplifying BIPOC producers and performers in the burlesque community, a portion of ticket sales will be donated to Jeezy’s Juke Joint: A Black Burly-Q Revue.

Motus Theater will open the Saturday evening keynote session at Netroots Nation 2020. Motus UndocuMonologist Alejandro Fuentes-Mena will present his autobiographical monologue entitled “Deport Me,” sharing the stage with some of the biggest social justice names of our time including Alicia Garza, co-founder of Black Lives Matter; Rep. Ilhan Omar; Rashad Robinson of Color of Change; and Nick Tilsen of the NDN Collective. The keynote panel will discuss how to dismantle white supremacy and systems that perpetuate injustice to build a society that is equitable and just for all. Stream the session on Netroots Nation’s Facebook or YouTube Live. Other speakers at Netroots Nation 2020 include Sen. Elizabeth Warren, and Stacey Abrams of Fair Fight Action, Rep. Pramila Jayapal and Congressman Joe Neguse. Netroots Nation 2020’s keynotes are free and open to the public. To find more information and register for other events go to netrootsnation.org/register-for-nn20.

Support local music venues during this difficult time by tuning into a night of stories and songs by roots/folk troubadour Trevor Hall on Saturday, Aug. 15, livestreamed from the Fox Theatre. It’s free to RSVP to the show, which will feature a Q&A with Hall after the performance. Get an exclusive event poster for $29.95 (including shipping) that allows Z2 Entertainment to deliver this special event with no admission fee. A portion of proceeds will benefit Color of Change (colorofchange.org), a racial justice organization.

It’s tough times for small businesses, including Boulder’s own Innisfree Poetry Bookstore and Café. Luckily, comics from the Best of San Francisco Stand-Up Comedy are swooping in from the West Coast to help Innisfree make it out of this pandemic. The event is free, with opportunities to make a donation to Innisfree. Register at eventbrite.com.

5 p.m. Thursday, August 13 via Zoom. Tickets for this event are $5 (plus a small convenience fee) on Eventbrite, boulderbookstore.net.

Jarvis Masters’ early life was filled with drugs and abuse. Trauma led to crime, and Masters ended up on death row in San Quentin, where he’s been since 1990. At the time of his murder trial, he was held in solitary confinement, felled by headaches, seizures and panic attacks. Masters eventually turned to meditation to help him cope. He immersed himself in the principles of Buddhism, going on to write two books and gaining the admiration of Buddhists worldwide. Nearly 30 years since his sentencing, Masters is still on death row in San Quentin. David Sheff’s book, The Buddhist on Death Row, explores how Masters continues to teach others how to ease everyday suffering, relish simple pleasures and persevere in the face of tragedy.

Dr. Brenda J. Allen, former chief diversity officer for the University of Colorado Denver and the Anschutz Medical Campus, will lead a three-day workshop exploring race in 2020. The workshop will involve discussions about what race is and why it matters, why race is relevant to everyone, and practices for addressing racism. Visit boulderbookstore.net for a list of topics.

BIPOC Open Mic and Innisfree Poetry Bookstore & Cafe are hosting another socially distanced BIPOC (black, indigenous and people of color) open mic on the Hill centered on resilience, resistance and joy. A livestream will be available for non-BIPOC people who want to attend the event remotely.

As a journalist — a good one, anyway — when the main source in your story is a professional skydiver who used his plane in one of the longest running, most lucrative marijuana trafficking operations in Colorado history, you know what you’ve got to do to tell this story.

So Chris Walker suited up and jumped. The former reporter for Denver’s alt-weekly Westword did a tandem skydive with “Jumpin’” Joe Johnson, the head of a Denver-based marijuana trafficking organization that duped Colorado cannabis regulators for nearly five years by operating seemingly legitimate growhouses while trafficking harvests out of state using cars and skydiving planes. Johnson’s very first run was out of Boulder’s municipal airfield.

Walker dubbed them The Syndicate.

“It was a little nerve-wracking,” Walker says of his 14,000-foot plummet with Johnson. “It was my first time skydiving, but also I just didn’t really know [Johnson] as a person very well, but it seemed like an opportunity to get into his mindset because skydiving is his first love. He had jumped more than 15,000 times [by the time I jumped with him]. A key part of understanding him is just getting into this adrenaline rush that he constantly puts himself through.”

After years of reporting — including interviews with around 10 of the nearly 40 members of The Syndicate, and scads more with law enforcement and marijuana industry experts, plus more than 100 hours of state evidentiary interviews — Walker recounts this incredible story over eight episodes in his first-ever podcast, The Syndicate.

When the story first broke in 2014 that the Drug Enforcement Agency had kicked down the doors of 32 people around Denver for participation in a marijuana smuggling operation, there were flashy press conferences and 30,000-foot-view stories in papers across the country. But Walker knew there was a more nuanced and compelling story to be told. In fact, he knew there were 32 nuanced and compelling stories to be told.

“When the group was busted, everyone’s names were plastered in different articles online, and what was missing was any sort of nuance or context about why each and every person got sucked into this crazy situation,” Walker says.

“The big question that I had is: Why would you deliberately take on so much risk starting a black market trafficking group when the cannabis industry in Colorado seemed to be thriving?”

Because the industry’s not actually so easy to break into. And Colorado, for all of its success with legalizing and regulating marijuana, has some policies in place that set the stage for black market distribution.

It would be years before Walker had the material he needed to create a podcast: The state of Colorado remained tight-lipped with information as the nearly three-dozen trials took place, a process that was drawn out as federal agents searched for a member of The Syndicate who set out on the lamb.

“Finally, in 2019, the individual who was missing was located in North Carolina and extradited back to Colorado, where he was quickly convicted,” Walker says. “And once that happened, the Attorney General’s office was good on its word and the Pandora’s box of state investigative and evidentiary files opened up. And it was a treasure trove about what had happened in the rise and fall of this group.”

In more than 100 hours of taped interrogation recordings, Walker listened as members of The Syndicate told stories about bags of buried cash, armed robberies, run-ins with federal agents, hard drugs, partying, and a hash extraction that almost blew up a residential home.

But “The Syndicate” is more than adrenaline-pumping tales of danger and debauchery.

“It’s, first and foremost, an argument for federal legalization,” Walker says. “If you remove the state-by-state patchwork of laws, then you eliminate this discrepancy between having legal markets in some states and black markets in other states. Beyond that, it highlights what needs to be done on a state-by-state level. States [with legal markets] need to get on board with how they regulate the industry and how available licenses are for cannabis cultivation and for dispensaries.”

ON THE BILL: “The Syndicate.” Available on all major platforms, including the front page of iTunes, Spotify and Stitcher, foxtopus.ink/the-syndicate.

For her most recent release, LEGACY! LEGACY!, Chicago R&B artist Jamila Woods highlights artists of color who have inspired her: Zora Neale Hurston, James Baldwin, Frida Kahlo. “SULA (Paperback)” is her tribute to the late Toni Morrison, based on the author’s 1974 novel about two black women who navigate society’s rules about gender roles and respectability. Sula was the first Morisson novel Woods read, and it inspired her first chapbook of poems. “Returning to the story several years later,” Woods wrote in a press release about the song, “it gave me permission to reject confining ideas about my identity designed to shrink my spirit. … This song is a mantra to allow myself space to experience my gender, love, intimacy and sexuality on my own terms.”

“It feels weird to be nostalgic for anything that happened post-2016,” Sarah Tudzin joked to Stereogum in early July, but the woman behind pop-punk outfit Illuminati Hotties has good reason to feel maudlin. After two years of steady critical acclaim for IH, 2020 found Tudzin buying her way out of her own record contract with Tiny Engines after the indie label was found in breach of contract with numerous artists. Despite years worth of inconsistent accounting, withheld royalties, and a lack of communication from Tiny Engines, contracts still legally bound artists like Tudzin to the bankrupt label. Tudzin wouldn’t let the bastards grind her down: The new IH mixtape, Free I.H., (“leaked” online several weeks ago as Occult Classic) is a snarling, cathartic response to her situation. “What do you do when you wake up goopy from a melatoney engine?” Tudzin asks in “Melatonezone,” bubbly guitar riffs belying her anger. “Barely keeping you chugging with all the wrong intentions.” Samba-style whistles and playful language hide our greatest collective fear: Will 2020’s reign of terror never end?

Kelly Lee Owens told Rolling Stone she wanted to connect with her roots for her upcoming album, Inner Song (due out Aug. 28), “and therefore having the Welsh language on the record felt very important to me.” So she teamed up with fellow Wales-native John Cale for this “gentle drift” of a song, as Cale called it, and he added English and Welsh vocals to Owens’ minimal arrangement. “The rain, the rain, the rain, thank god, the rain,” Cale chants, vocalizing the metaphorical cleansing deluge so many of us have hoped for all year.