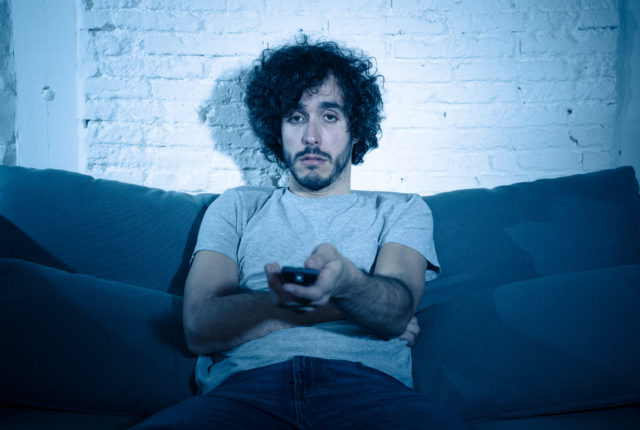 Premiere of “A Better Life?” — a podcast. Aug. 20 on all major distribution platforms, including Apple Podcasts, Castbox, Himalaya, Pocket Casts, Spotify and Stitcher.

The story of a Boulderite kicks off a new podcast by Feet in 2 Worlds. Premiering Aug. 20, “A Better Life?” explores how the coronavirus pandemic and America’s failed response to COVID-19 has reshaped immigrants’ lives and their relationship to the United States. Each episode tells a different immigrant story and examines how the crisis has challenged or changed that person’s ideas of what it means to be American. “A Better Life?” also includes conversations with immigrant elders — grandparents, parents, aunts and uncles — to hear how they’re coping during this time, and what they’ve learned over the years that can help the rest of us survive today’s challenges. This 10-part series is hosted by Zahir Janmohamed, the co-creator and host of the Racist Sandwich podcast, and produced by Mia Warren, a former producer at StoryCorps and former resident of Boulder.

Join the paranormal investigation team from Prism Colorado as they visit one of their favorite haunted hot spots — the Dickens Opera House in Longmont. To keep up with social distancing, this event will be streamed via Twitch (search Prism Colorado on twitch.tv). Donations will be collected during the live stream to support the Opera House and Prism Colorado. Everyone who donates will be entered into a raffle for prizes.

It’s not too late! By purchasing a ticket to ARTMIX, you’ll support the Boulder Museum of Contemporary Art’s exhibition and education programs and the local artist community. A $15 ticket gives you access to the on-site exhibition, online art auction, and the virtual closing event. Half of sales from the auction benefit BMoCA and half go directly to the artist. You can visit BMoCA to view the curated exhibition where all works are for sale, or view detailed photos of each artwork virtually — the virtual exhibition is always open. Join the party from afar on the final night of bidding (Saturday, Aug. 22) with a grazing plate for two from Cured. In addition to your plate you can order wine pairings at several price points, floral arrangements from Boulder Blooms, and delivery anywhere along the Front Range.

The 19th annual Boulder Market is back for one more weekend before the summer ends. This unique and enjoyable open air marketplace takes place in Central Park in downtown Boulder, right along the Boulder Creek Path. At the market you will find visual art, high-quality handmade items and unique treasures sold from a plethora of local merchants.

Frequent Flyers return to the skies in a brand new live performance. This one-time event takes place Sunday, Aug. 23 (rain date Aug. 30) in the parking lot west of Blackbelly Restaurant — masked and socially distanced. While it’s too late to make dinner reservations, you can still grab a ticket to the performance through 9 a.m., Sunday, Aug. 23 for $25. Tickets are available through Eventbrite. Audiences will arrive at 5:30 to collect picnic meals (if ordering) and to get seated socially distanced in the parking lot in the demarcated areas. Bring your own chairs or blanket! No seating will be provided. Show is 6-7 p.m.

Come ’round the back of the Dairy for a live performance from Gen3, a generation-spanning band playing a combination of originals and covers — from classic rock to funk to jam band. The loading dock is the stage, and the shaded parking lot offers space to enjoy a real live show while remaining socially distant — each party will have an assigned marked off section, and face coverings are required. Concessions including beer and wine will be available for purchase with credit card only. Tickets are $20 at eventbrite.com.

For the past year, Shanna in a Dress curated and hosted the monthly show “Women in Song” in Boulder, and has toured regularly in the U.S. and Europe. Before the pandemic interrupted business as usual, Shanna took her witty, humorous brand of acoustic  storytelling to the stages of Swallow Hill Music, South Florida Folk Fest, Black Bear Americana Fest, Casey Jones Music Fest and eTown Hall. She will be on tour supporting Red Molly in 2021. Donations for this online concert are $12 and up, on a sliding scale — just give what you can. Little Tree House Concerts asks that you donate early to allow ample time to contact you about how to join the concert live online.

Sometimes you have to create your own history. —Cheryl Dunye

She calls them “Dunyementaries”: Cinematic blends of fiction and documentary, construction and confession. They’re self-reflexive works — existing somewhere between personal diary and public exhibition. They’re primarily concerned with gender, race, sexual orientation and desire, but they also take a playful approach to the truth; history with the suggestion of manipulation.

Born in Liberia and raised in Philadelphia, Cheryl Dunye began her career at the tail end of the 1980s, right as the New Queer Cinema was putting down roots. Queer cinema had existed for decades, but mostly in Europe and in the underground cinema of the American independent scene. By the time critic B. Ruby Rich coined the term “New Queer Cinema” in 1992, the underground found its way up, and filmmakers like Dunye were at the forefront. Using emerging video technology, her work had the disarming aesthetic of a home movie paired with classic narrative construction.

Video works wonders for Dunye. Her films present a world you might assume is autobiographical, but there’s no telling if what you are seeing and hearing is truth or construction. You’ll find it in all of her work, but it’s most evident in Dunye’s 1996 feature debut, The Watermelon Woman, with Dunye playing herself — or a reflection of herself — a gay Black woman living in Philadelphia becoming a filmmaker. In addition to odd jobs as a wedding videographer, Dunye works in a video store where she meets Diana (Guinevere Turner), who is white. The two start a relationship, much to the chagrin of Dunye’s friend, Tamara (Valarie Walker), who is Black and wonders why Dunye is carrying on a relationship with a white woman. Dunye wonders herself, but when she finds out Diana has had multiple Black boyfriends, Dunye stops wondering where Diana fits in her life and starts wondering where she fits in Diana’s past.

It’s not the only past Dunye is concerned with: She’s stumbled across a Black actress from Hollywood’s Golden Age credited only as “The Watermelon Woman.” Dunye goes digging, discovers her name, Fae Richardson, and discovers that Richardson was also gay and also in a relationship with a white woman, film director Martha Page.

But neither Richardson nor Page was real: Dunye (the director) conceives them whole cloth, further refracting the reality of her video diaries. Even the convincing archival photographs and Hollywood footage Dunye uses (created by New York City-based photographer Zoe Leonard and starring Lisa Marie Bronson as Richardson) are faked.

The Watermelon Woman isn’t the first time Dunye played fast and loose with the truth, picked apart her past sexual experiences, and drew the viewer’s attention to the construction behind the camera. Her early shorts, Vanilla Sex, She Don’t Fade and The Potluck and the Passion, show the building blocks of The Watermelon Woman while remaining decisively individual. Each work feels like something Dunye pulled from her guts while retaining a beginner’s mischievousness: The kind that comes from picking up a camera and realizing that it can’t reflect everything, only a portion of everything. And that whoever holds the camera gets to decide what gets reflected. Maybe even manipulated.

The Watermelon Woman and six of Dunye’s shorts are streaming on The Criterion Channel.

When Seattle beat-architect L’Orange teams up with North Carolina wordsmith Solemn Brigham, the result is loop-digging, old-school hip-hop in the vein of Madvillain: crisp, witty bars spit over subwoofer-busting basslines. Don’t come here seeking hooks; Brigham has too much to say to waste time repeating himself. Their second album as Marlowe — the obviously named Marlowe 2 — sees the pair picking up where they left off, with Brigham weaving social commentary into cutting rhymes while L’Orange mines the crates for earworms. Here, L’Orange laces in lo-fi, funky horns to accentuate Brigham’s machine-like flow. DJ Trackstar (from Run the Jewels) adds vocal scratches to put the cherry on this hip-hop sundae.

“Sun for Someone,” Oscar Jerome

It’s hard to believe at first that the blue-eye soul of this Oscar Jerome track is a vessel for a message about climate change, so delicate, so intimate — so warm — is Jerome’s delivery. But Jerome’s understated, folksie voice is half of his superpower, the other half being his deceptively laid-back guitar playing. Bright and nimble, “Sun for Someone” warns that the Earth doesn’t need humans to survive, and quite frankly, the planet will be better off when we’re gone. With UV rays for guitar riffs, Jerome keeps heads bobbing, never allowing us to succumb to the nihilism of it all: “Melancholy evidence / Happily berate their ignorance / The earth will sigh as it watches us die / Along with our belligerence.”

The word ariwo, according to the London-based band’s website, means “noise” in Yoruba, but that feels too broad, too negative (at least in English) to describe the quartet’s melodic fusion of electronic music with traditional, ancestral rhythms. Hailing from Iran, Cuba and Canada, Ariwo draws on musical traditions from around the world, as well as from their motherlands. This single, from a compilation album featuring 27 other artists, features a face-melting Afro-Cuban jazz horn line that eventually gives way to free-wheeling trumpet and sax solos.

The Land of Rah’s debut album, An Ancient Evil & A Huge Pumpkin, is just as ridiculous as the title suggests — but it’s also adeptly crafted, boldly experimental and highly ambitious in its wild turns between narrative and genre-blending tracks. Over two hours and 32-tracks, this Sydney-based collective spins fantastical, often hilarious yarns (about, well, a primitive evil and a large gourd) set in a Tolkien-esque world. The group slides in and out of genres with ease, allowing the lyrical tone to dictate whether a song calls for chamber pop, psych rock, post-punk… there are no boundaries in this magical world. “Arevil’s Gardens (RIP)” starts off sleepily enough before eventually blasting off into space, fueled by fuzzy snyths and buttery vocals. Epic tales of evil aside, The Land of Rah knows how to offer up phrases that transcend the whimsical narrative to speak to life in general: “Don’t know where we going but we know where we been.”

No Joy, paradoxically, channels the most exuberant moments of Nine Inch Nails, leaning more readily into glitzier disco beats than Trent Reznor typically cares to, while still retaining the jagged edges that typify industrial rock. For “Dream Rat,” No Joy teams up with nu-metal vocalist (and sister of frontperson Jasamine White-Glutz) Alissa White-Glutz for this Duran-Duran-meets-Ministry slice of rock ‘n’ roll.

“It feels spooky but songs can write themselves,” Kaki King says of the lead single from her 10th studio album, set for release this fall, “if one is prepared to receive them.” The world-renowned guitarist and composer actually created the Passerelle bridge that makes her six-string guitar in this track sound like a 12-string Japanese koto or Chinese guzheng. The video, made at home during quarantine, is a whimsical, one-shot, stay-at-home “travel” video, sure to give you a case of the warm fuzzies.