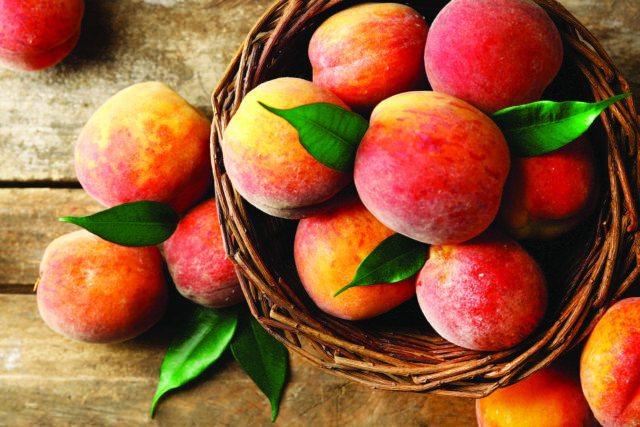 Voices of Change: A History of Race and Social Justice in Longmont. 7:30 p.m. Thursday, Sept. 17, via Facebook Live, LongmontPublicMedia.org, or local Comcast Channel 8/880. This discussion is free.

Things will look a little different for Lafayette’s Peach Festival this year, but you can bet the Mini Peach Festival will still be a bushel of fun. While orders for baked goods are closed, you can still get fresh Palisade peaches from Morton’s Orchards on-site the day of the event — but get there fast, because supplies are limited. To maintain social distancing, customers are asked to remain in their vehicles and your order will be brought to you. If you’re missing the crafts you can normally peruse at the Peach Festival, get online and enjoy virtually browsing fine artists, potters, crafters and antiques.

Want to learn how to tell a good story? Sick of Zoom? Tales & Trails is designed to teach the fundamentals of storytelling on intermediate-level hikes outside Boulder. Studies suggest that exercise stimulates one’s ability to imagine, think creatively and retain information. The class will cover techniques of effective storytelling, including structure, characterization and style. After four hikes, students will possess the knowledge they need to compose a song, draft a play or take a crack at that novel.

Following a weekend of successful performances in August, Boulder Arts Outdoors brings a second series of live, ‘drive-in’ performances to Boulder audiences in late September. The programs include diverse forms of music, dance and circus arts. Each evening will feature a different set of performances by local artists including the Ivalas Quartet; the intertribal Denver Indian Singers and Dancers; American Ballet Theater dancer Leah Baylin; NBC’s America’s Got Talent semi-finalist AscenDance Project; Uruguayan folk singer Elisa Garcia with percussionist Leo Munoz Corona; Boulder Ballet and more. Tickets are $26 per vehicle for front of the lot parking with optimized sight lines, and $15 per vehicle for self-parked back-of-the-lot spots. All proceeds of ticket sales will go to the performing artists. Livestream broadcasts of the performances will be available through the Boulder Arts Outdoors website.

Hang out on Dickens’ patio for some socially distanced tunes from Denver-based musician Brian Parton, who plays original and cover material — indie, pop/rock, Americana — with a bluesy take on every genre.

Everybody Loves an Outlaw is a Texas-bred and Colorado-based duo — Bonnie Sims on vocals and Taylor Sims on guitar — who have generated more than 20 million streams in a few months’ time and received plugs from Rolling Stone, Idolator and more. The duo meld country, rock and blues to create their foot-stomping sound. Opening the show is Colorado roots music mainstay Greg Schochet. Concessions, including beer and wine, will be available for purchase with credit card only.

Singer/entertainer/actor Leonard Barrett Jr. is best known for his starring roles with the Phamaly Theater Company. Most recently he graced the BDT outdoor stage with his rendition of the Frank Sinatra songbook. Barrett has won The Denver Post Ovation award and Best Actor award, and Westword’s Best Season for an Actor award. This event will feature him paying tribute in story and song to the legendary Nat King Cole.

In 1990, Martin Scorsese brought together a band of cinema enthusiasts to protect motion picture history by creating The Film Foundation (TFF) — a bridge between Hollywood studios and archives. Its mission: Preserve America’s visual art form for future generations. Thirty years in and 850 restorations later, TFF remains a beacon of hope in a myopic industry.

But American borders couldn’t contain Scorsese’s catholic tastes. In 2007, he established the World Cinema Project (WCP) to focus on the works made in countries not typically associated with cinema. To date, 42 films from Africa, Asia, Eastern Europe, Central America, South America and the Middle East have been rescued, restored, preserved and exhibited for a global audience. And on Sept. 29, The Criterion Collection releases the latest box set of cinematic discoveries, Martin Scorsese’s World Cinema Project No. 3: After the Curfew (Indonesia), Dos monjes (Mexico), Downpour (Iran), Lucía (Cuba), Pixote (Brazil) and Soleil Ô (Mauritania).

Of the six, Pixote is the most familiar to U.S. viewers as it garnered a bevy of acclaim and awards upon its release in the early 1980s. It was director Héctor Babenco’s third feature, made after authorities shut down the documentary he was working on about abandoned children stuck in the reform school system. No biggie: Babenco took what he’d seen and translated it into a scripted narrative à la William A. Wellman’s Wild Boys of the Road and Luis Buñuel’s Los olvidados. The result is a powerful work that feels completely authentic, no matter how grisly the story gets.

Probably the least familiar movie in the set is the 1934 Mexican melodrama from Juan Bustillo Oro, Dos monjes — a movie unknown to Scorsese when the title was offered for restoration. But Dos monjes’ exemplary blending of contradicting narrators, gothic horror, expressionistic photography and exaggerated set designs proves that what we don’t know could fill the sky.

Cinema is everywhere, and Scorsese’s work is never done. In 2017, TFF partnered with UNESCO, Cineteca di Bologna and the Pan African Federation of Filmmakers for the African Film Heritage Project — an initiative to locate and preserve 50 classic African films.

Soleil Ô from director Med Hondo was the first film restored under the banner, and the film is a revelation. Blending animation, documentary and narrative, Hondo follows an African immigrant (Robert Liensol) looking for work in an intolerant France, one that refuses to look at him, let alone employ him, while simultaneously stripping him and his country for parts. “I am bleached by your culture,” he muses.

Made over three years for $30,000,Hondo describes Soleil Ô as therapy: “For everything that disturbed me in both my physical and moral life, after all that I’d been through, that others had been through.” Not long after the restoration of Soleil Ô, Hondo died at the age of 82. Thankfully, his experiences and images live on.

Each of the six films included in Martin Scorsese’s World Cinema Project No. 3 are new, restored 4K digital transfers complete with introductions from Scorsese, interviews with filmmakers and scholars, and a substantial booklet collecting essays on each film.

While journalist Laura Krantz was busy reporting on Bigfoot three years ago for the first season of her podcast Wild Thing, something weird happened — but not in the Canadian forests where she was searching for Sasquatch.

Thousands of miles away, in an observatory in Maui, scientists reported seeing an object from another solar system enter our own for the first time. They dubbed it ‘Oumuamua, Hawaiian for “a messenger from afar arriving first.” With its unusual elongated shape — unlike any comet or asteroid seen before — ‘Oumuamua was truly from another world. Even tenured professors, like Avi Loeb, of Harvard University, wondered: Was this merely a piece of space bric-a-brac, or a sign of extraterrestrial life?

Krantz, a former Ted Scripps Fellow in Environmental Journalism at CU Boulder, saw the connection between Bigfoot and E.T. — a human “desire to seek things out and try to find answers, even if we know the questions might not be answerable.” For season two of Wild Thing, Krantz leaves the forests of the Pacific Northwest and sets out on a journey to learn more about the search for extraterrestrial life and why it captures our collective imagination.

“The feeling I got researching Bigfoot is that people love the idea that the world is still wild enough and unexplored enough that something like this could exist out there and that we could be the ones to find it,” Krantz says. “I think there is something very scary about the idea that the world is already so explored and mapped and paved and discovered that there’s nothing left for anyone to find. … Likewise, I think with space, there’s something very similar there, it’s this desire to know what’s out there and to explore it.”

She calls season two a “survey course in the search for extraterrestrial life.” Across 10 episodes she travels to Georgia Tech to speak to faculty in its renowned astrobiology department; to NASA to learn about the origins of life here on Earth and how that informs our search for life in the cosmos; to the SETI Institute in California, where researchers at the Carl Sagan Center have been devoted to the search for alien life for more than 30 years; and yes, Krantz heads to Roswell, New Mexico’s, famed UFO Festival “to talk to people who really do think that in 1947 something crashed into the desert and it was piloted by extraterrestrial life — and the government has been covering it up ever since.”

“Thirty percent of Americans believe that extraterrestrial life has visited earth,” Krantz says, “and I don’t think you can have a conversation about these topics without addressing that side of things.”

At SETI, Krantz speaks to scientists about lightsails, a still-developing technology that can propel spacecraft using pressure from solar radiation. When ‘Oumuamua came to visit, many wondered if lightsails had carried it across the vast expanse of space. While it doesn’t look like that’s the case for ‘Oumuamua, it’s not far off for us Earthlings.

“This sort of cutting-edge technology and science, we’ll be doing things in 20 years that we would’ve probably just chalked up to really well-written science fiction at one point,” Krantz says.

“In doing this research I realized how much closer we are to potentially finding something,” she says. “I do think that the possibility of finding microbial life is much more likely than I’ve realized; this is something that could happen in our lifetime, in our solar system. And that’s really cool, because once you find another example of it, then you just have a whole new set of questions.”