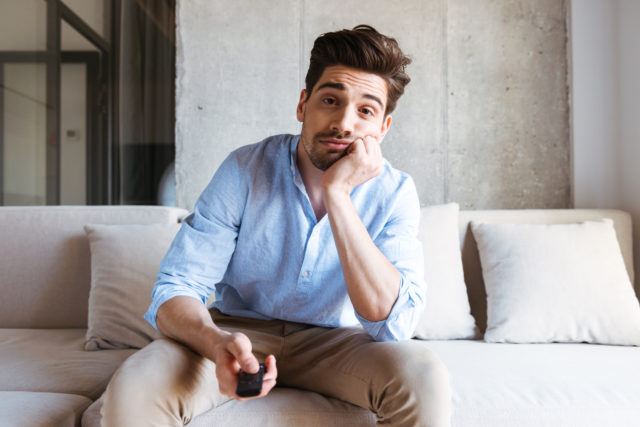 Faced with deportation, Araceli Velasquez, Ingrid Encalada Latorre, Rosa Sabido and Sandra Lopez chose to take sanctuary in churches across Colorado to fight for justice and stay with their families. Together they authored The People’s Resolution, a legislative solution designed to prevent other Colorado families from being separated. Even in these days of social distancing, Motus Theater wants to elevate these stories and continue to inspire action on what executive director Kirsten Wilson calls “a grave humanitarian crisis” by streaming an upcoming performance of “Women of Resolution” on Zoom.

“We weren’t willing to cancel this event because of the seriousness of what’s happening with immigration in this country,” Wilson says. “This allows us, even in isolation, to continue to participate in learning key elements about what is happening to the undocumented community in this country so we can be a part of creating a democracy that values all humans.”

From their homes across Colorado, state legislators Leslie Herod, Barbara McLachlan, Serena Lucha Gonzales-Gutierrez and Kerry Donovan will read the stories of these four Colorado undocumented women who sought sanctuary. Rosa Sabido and Ingrid Encalada Latorre will join the event from their sanctuary locations in Mancos and Boulder. In addition to the readings, there will be live music, poetry and a Q&A session.

This event is free. Visit Motus’ website to learn more about the event and how to join the Zoom presentation. —Caitlin Rockett

A mini Conference on World Affairs will be held remotely via Zoom next week, featuring five sessions focused on various aspects of the pandemic, such as humor in hard times and economic impacts. Attendees do not need to have Zoom installed on their device to participate in these sessions; anyone can access the sessions via a computer, smartphone or tablet. Audience members will be allowed to submit questions virtually to be answered by experts on the panel. Each session has a maximum capacity of 500 online attendees, so RSVP for the sessions you would like to attend, and CWA staff will confirm your spot with instructions via email. Sessions will also be shared later on YouTube.

How are you coping with social distancing? Share a photo on social media and tag Museum of Boulder. Or, send a photo of how you’re coping, along with a short explanation, to emma@museumofboulder.org — you could be featured in a future pop-up exhibit on COVID-19 at the museum.

Daily Activities for Kids with Jeff and Paige. Through April 17.

Local troubadours Jeff and Paige are creating science- and nature-based music and content for kids every day during stay-at-home orders. With support from the City of Boulder Parks and Recreation Department and the Boulder Public Library Foundation, all “educational antics” are currently free. Jeff and Paige will send environmental education content directly to your email daily to supplement your time at home with the kids and inspire them to get outdoors and be their best, silly and fascinating selves. Head to their website and provide your email address to subscribe.

Ujjayi as loud as you want in the privacy of your own home with online classes from The Little Yoga Studio, $10 a class as always.

Singing has always helped Erika Chambers with anxiety, and she thought maybe it could help kids during this confusing time, so she created The Quarantine Choir.

The idea is simple: Adults can help children learn a simple, uplifting song written by Chambers, record it, and send it back to Chambers, who will combine all of the samples into a virtual choir.

The song is meant for families and children, but anyone can send in a clip.

“How cool would it be to have kids from all over the world their voices together?” she says. —CR

Here We Go Magic frontman Luke Temple cooks up delicate but savory grooves on his 2017 release ‘Blast Off Through The Wicker,’ including this ditty with its simple but poignant reminder: “Slow down / Don’t crush yourself to make a diamond.”

Donald Glover knows when America needs a pick-me-up. The multi-hyphenate teams up with Ariana Grande for this danceable, ’80s-tinged RnB anthem about making a change before it’s too late.

This song starts off with a shiny hook you could hang your hat on before dissolving into darker discord. Vocalist Travis Johnson claims to have tasted blood during the recording session. Listen on Soundcloud.

Theresa Wayman’s seductive vocals were made for Stella Mazgowa’s lithe drumming. Their combination here is a shimmering mirage of love — is it real, or a figment of the imagination?

Listening to the delicate compositions off Olafur Arnalds’ solo albums, you’d never dream he was the drummer of a hardcore metal band called Fighting Shit. He also makes impeccable house music as one half of the duo Kiasmos. It’s hard to improve on this musical polyglots’ work, but LA-based DJ TOKiMONSTA takes this track from Arnalds’ acclaimed album ‘re:member’ to another level with bouncing synths and bubbling beats.

In season one of ‘The Dream,’ ‘This American Life’ alum Jane Marie heads back to her hometown in Michigan to investigate how MLMs prey on vulnerable populations, often single mothers — like her own aunt. Using the language of modern feminism and the gig economy, these thinly veiled pyramid schemes result in lost money for more than 70% of the individuals that participate. Marie, along with her partner and creative collaborator Dann Gallucci, heads back to her current home in LA for season two, where they tease apart the ever-burgeoning wellness industry. Marie and Gallucci provide a funny, deeply researched, conversational takedown of capitalistic exploitation, stitcher.com/podcast/stitcher/the-dream — CR

‘Code Switch’ tackles the inherent biases of the world. Led by a team of journalists of color, the show challenges some deep-seated beliefs, like the notion that empathy is the strongest weapon we have in our arsenal against racism, or that having friends of color makes you immune to racism. The show recently discussed how the coronavirus is just the most recent example of how the United States has long masked xenophobia as concern for public health and wellbeing, npr.org/podcasts/510312/codeswitch — CR

Part true crime series, part musicology course, ‘Disgraceland’ is a bingeable series painstakingly constructed by host Jake Brennan. Brennan is a voracious reader, evidenced by his thorough accounting of the colorful and sometimes murderous misdeeds of musicians. Armed with his Mellotron, Brennan doesn’t just tell stories, he crafts engaging narratives that tap into the cultural mindset of the time, sometimes using voices (like the mild cockney he affects for his episode on Amy Winehouse), and always digging deep to find the details that make even well-known stories come alive. The effect is all-consuming, disgracelandpod.com — CR

From the production company that brought you ‘The Shrink Next Door’ and ‘Dirty John,’ Wondery now presents the hilarious, raunchy and philosophical show ‘Dying for Sex.’ This six-part miniseries chronicles the sexual escapades of host Nikki Boyer’s best friend, Molly, after she’s diagnosed with Stage IV breast cancer. When Molly decides to leave her unhappy marriage and embarks on a series of sexual adventures in between chemotherapy stints, she starts to feel alive and encourages us all to embrace life, too. wondery.com/shows/dying-for-sex — Emma Athena

“Where the Crawdad’s Sing” — Delia Owens

To watch a young girl grow over the course of six decades through Delia Owens’ storyteller eyes was to observe a lush lifetime of loss and love, trust and truth. Both the novel’s overarching mystery-plot and the day-to-day life on society’s outskirts consume readers’ attention. With innovative and organic pacing, nature is alive in every scene, no matter the place: “Saltwater marsh, some say, can eat a cement block for breakfast, and not even the sheriff’s bunker-style office could keep it at bay. Watermarks, outlined with salt crystals, waved across the lower walls, and black mildew spread like blood vessels toward the ceiling. Tiny dark mushrooms hunkered in the corners.” Over the course of the novel, humans are gradually understood through nature’s eyes, too. — EA

Valeria Luiselli’s approach to the world is multidimensional, sensualistic and refreshingly new. Rather than root the perspective of her main character in traditional senses (sight, touch, taste), she orients her protagonist in sound. It’s fitting — the narrator being a radio journalist — but more so, it’s disarming. As Luiselli integrates uncomfortable and complex topics (migration, and more specifically child immigration) into the central plot of the book, she does so from the perspective of the ears: what she hears, how things mix and collide and react acoustically, the way things do or do not harmonize. This invites a new, not-so-intimidating way to consider the troublesome fate of children migrating to the U.S. The novel is sly and gymnastic — provocative all the same. — EA

There is no modern heroine like the young Turtle Alveston. In this harrowing story, she lives a life of isolation, wandering the North California wooded coastline but closed off from the rest of the world. It’s not for the faint of heart, as the novel is rife with sickening scenes of abuse, but Turtle’s unfathomable resilience keeps the reader enthralled as she becomes her own hero. Despite the subject matter, Tallent’s wistful and gripping prose make this book impossible to put down. — Angela K. Evans

If ever there was a time for sanguine dystopian literature, it’s now. Octavia E. Butler is perhaps best known for her work ‘Kindred’ — a time-traveling story about the Antebellum South. But her vision of the U.S. in the 2020s in ‘Parable of the Sower’ is eerily prescient. Written in 1993, it’s a story of tribalism in its worst forms, as society has totally collapsed under the weight of climate change, wealth inequality, racism and corporate greed. The reader follows protagonist Lauren Oya Olamina as she journeys into the unknown in search of humanity with a hopeful new vision of the future. It’s also a reminder that things could be a lot worse. — AKE

For Small Creatures Such As We — Sasha Sagan

In this soothing, quick read, Sasha Sagan explores all the ways we can enjoy the rituals of religion without the theology. Sagan mixes biographical information with earth science and theological history to explore the earthly roots of ritual (like the changing of the seasons, for instance). For Sagan, faith in science — that the sun rises in the east and sets in the west, that the moon creates tides — is all the faith you need to engage with even the most religious of holidays. She advocates for creating new rituals and celebrating even the most frustrating of nature’s miracles, like menstruation. — CR