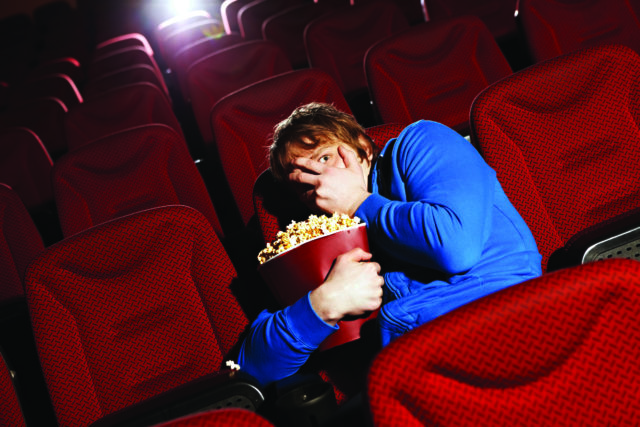 Motus Theater, the nonprofit organization creating original theater to facilitate dialogue on the critical issues, offers a free, virtual performance of JustUs: Stories from the Frontlines of the Criminal Justice System. The performance features formerly incarcerated leaders Juaquin Mobley, Astro Allison, Dereck Bell and Daniel Guillory sharing autobiographical monologues about the racism and injustice of the criminal justice system. The monologues are woven with musical responses by a capella singers from Spirit of Grace. Following the performance, Colorado State House Representative Serena Gonzales-Gutierrez will join the Q&A to discuss and answer questions about Colorado’s first-in-the-nation law enforcement reform bill that challenges qualified immunity.

Zoe Rogers once again hosts the Dairy Comedy show, now from the loading-dock stage. Headlining will be Rion Evans, a native of Chicago whose comedic career began on the West Coast in the comedy-rich Los Angeles circuit. Learning first hand from today’s elite comedians such as Kevin Hart, Leslie Jones, Tony Roberts and Rodney Perry, Rion’s comedic talents are described as natural and unique. Filling out the bill will be Mandy Kay, BK Sharad and Shanel Hughes. Concessions including beer and wine will be available for purchase with credit card only.

Meet the Spirits 2020 is a virtual tour of Columbia Cemetery, as told by some of Boulder’s most famous — and infamous ― figures. It’s also a weekend full of opportunities for engaging local history lessons and discussions — not to mention chances to win prizes. A series of pre-taped reenactments will be released to ticket holders on Friday, Oct. 16 at 6 p.m. The lineup includes several familiar faces and some new ones as well. Attendees who choose the bonus experiences ticket option will gain access to two films about important facets of Boulder’s history, and three live-streamed sessions with local historians weighing in on topics such as such as old-school burial rituals, Chicano activism in the 1970s and its deadly outcome, and the last epidemic to have a major impact on Boulder: the 1918 flu. Each session will include a talkback or Q&A opportunity with the presenter, so the audience has a chance to pick their brains.

Save our Stages Fest. 6 p.m. Friday, Oct. 16-Sunday, Oct. 18, with live performances by Nathaniel Rateliff and The Lumineers at Boulder Theater. Available to stream for free via YouTube, saveourstages.com.

The National Independent Venue Association (NIVA) has partnered with YouTube for a three-day virtual music festival to save independent music venues around the U.S. The Save Our Stages Fest will stream live from 25 independent venues across the country, including Boulder Theater, on NIVA’s official YouTube channel from October 16-18. The free frestival will feature all new, original performances from artists like Foo Fighters, Nathaniel Rateliff, Miley Cyrus, The Lumineers, Major Lazer, The Roots, Leon Bridges and more. This benefit event, hosted by Reggie Watts, aims to generate donations for the NIVA Emergency Relief Fund, directly supporting independently owned venues experiencing revenue loss during the pandemic.

The 2020 Dickens Horror Film Festival (DHFF) is going both live and virtual for 2020, featuring contemporary and classic horror films with special guests and speakers. There is limited seating for the full-day live event, but an online ticket lets you enjoy a frighteningly well curated selection of short-and feature-length films from the safety of your own home. Discover your favorites and log in again and again with friends to enjoy these independent films featuring horror, suspense, psychological thriller, paranormal and comedy. Films include: The Horror Crowd, Swipe, Cottonmouth, Nightmare, Look Twice, Boolala, Killing Time, Don’t Die and many, many more.

Helmed by award-winning songwriter Kirsten Grainger and supported by bluegrass superstars Dan Wetzel (multi-instrumentalist), Martin Stevens (mandolin, octave mandolin, fiddle, vocals) and Josh Adkins (upright bass, vocals), True North crafts powerhouse bluegrass. Their recently released album, Ghost Tattoo, debuted at No. 1 on the National Folk Music Charts, just like the band’s previous two albums. Little Tree House Concerts is providing you a chance to see True North in the comfort of your own home for a small donation of $12 on a sliding scale, “meaning,” says Little Tree founder Joe Wern, “you are welcome to donate more if you value it and can afford it in this time when our artists need our support the most.” Wern asks to please donate early to allow ample time for contact about how to join the concert live online.

Boulder Museum of Contemporary Art Virtual Studio Tour: Christine Nguyen Noon. Thursday Oct. 15. To access Virtual Studio Tours live, log into your Instagram account on the phone app or from a web browser, then navigate to BMoCA’s profile and click on the circular icon with BMoCA’s logo.

Virtual Studio Tours are a 30 minute interactive program that explores local contemporary artist studios. Artists take viewers behind the scenes of their studio practice with insights into their processes, inspirations and artwork. Christine Nguyen was born and raised in California and currently resides in Denver, and also works in Long Beach, California. Her work draws upon the imagery of nature, the sciences and the cosmos, “but it is not limited to a conventional reading of these realms,” Nguyen writes.

The annual John Paul Stevens Lecture brings a distinguished jurist to Colorado Law to discuss judging and the state of the judiciary. This year’s speaker is Justice Zak Yacoob. Blind from infancy, Justice Yacoob studied at the Arthur Blaxall School for the Blind in Durban, South Africa. He completed a law degree at the University of Kwa-Zulu Natal. While at the university and during his law practice, Justice Yacoob was a member of the African National Congress underground; participated in community organizations involved in anti-apartheid and community activities, including the United Democratic Front and the Detainees Parents’ Support Group; and engaged in activities aimed at protecting the rights of people with disabilities.

This homegrown jam band specializes in Phish, Grateful Dead, The Allman Brothers Band, The Rolling Stones “and other good kinds of music.”  All tickets are sold in tables of four or eight and include two drinks (beer, wine or well), two McDevitt Taco Supply Tacos (chicken, pork or veggie), and chips and salsa per person. Additional beverages, food and upgrades are available for purchase at the table. Gratuity is not included.

Jesters Dinner Theatre presents ‘The Foreigner’ — a Student Production. Friday and Saturday nights and Sunday afternoons, through Oct. 24. Seating is limited. Dinner and show: $33; show only: $15, jesterstheatre.com or 303-682-9980.

Come see budding local actors in this fun, two-act comedy. It all starts when two Englishmen, Froggy and Charlie, arrive as guests at a fishing lodge in rural Tilghman County, Georgia. Shy Charlie agrees to accompany Froggy on the trip after his sick wife begs him to go. When people at the lodge try to talk to Charlie, however, his depression around his wife’s illness keeps him from engaging. Froggy claims that Charlie cannot talk because he is a “foreigner” from an exotic country, and does not understand English. Thinking he can’t understand them, the lodge’s guests quickly begin revealing their secrets, and Charlie soon discovers scandals among some of the residents. Patrons are expected to wear a mask at all times except while seated. Tables are distanced at least six feet apart, seating is limited to 46 and is distanced from the stage.

Encompassing all three themes  — but not airing on TCM — is Homeland of Electricity, Larisa Shepitko’s second film made for the Soviet Union, but never released during her lifetime.

Made in 1967, Homeland of Electricity is the second of three 30-minute segments commissioned by the government to celebrate the October Revolution’s 50th anniversary. But when Shepitko and her comrades turned in their work, authorities rejected them for not being patriotic enough.

Watching them today, it’s no shock the government turned its back on the films — collectively titled Beginning of an Unknown Era. Shepitko opens her segment in a barren desert pocked by drought with the mysterious awakening of a young Christ-like figure. Shepitko films the man in stark black and white free of adornment. It’s like a Byzantine painting — ascetic and abstract.

The man follows a small religious procession to a nearby village void of food and water; drought has dried the earth to a crisp. The only thing of value the villagers possess is a motorcycle engine, which runs on grain alcohol distilled from petrified wheat. The cycle has no wheels, so the villagers use it to generate electricity to power light bulbs fastened to a star atop a pole.

Why waste electricity to power the star? Because it’s their only possession that might instill hope. And when the stranger proposes to use the engine to power a well-pump, water replaces the star.

It’s been said every generation brings a touch of apocalypticism to the table. From a micro-level, it’s understandable, especially from the viewpoint of Eden lost. But from a macro-level, it’s ridiculous to think this life-giving planet that has existed for billions of years will somehow, someway end on your watch.

That’s what makes Shepitko’s Homeland of Electricity powerful: It shows that no matter how far down we go, no matter how hard we are punched in the teeth and stripped of dignity and humanity, we will rise again. The world keeps turning, and what was once a waterless wasteland will soon be fertile farmland. All you need is hope, be it a star, a motorcycle engine or a water pump.

Shepitko never lived to see Homeland of Electricity theatrically released. She died in 1979 in a road accident at the age of 41. In 1987, 20 years after finishing Homeland of Electricity, the collection Beginning of an Unknown Era was finally screened with two segments — Angel from filmmaker Andrei Smirnov and Homeland of Electricity — playing the Moscow International Film Festival thanks to Mikhail Gorbachev’s glasnost policy. The third and final segment was lost and has yet to be found.

Search for Beginning of an Unknown Era at the excellent RussianFilmHub.com to stream Homeland of Electricity and tune-in Oct. 20 to TCM’s Women Make Film series.