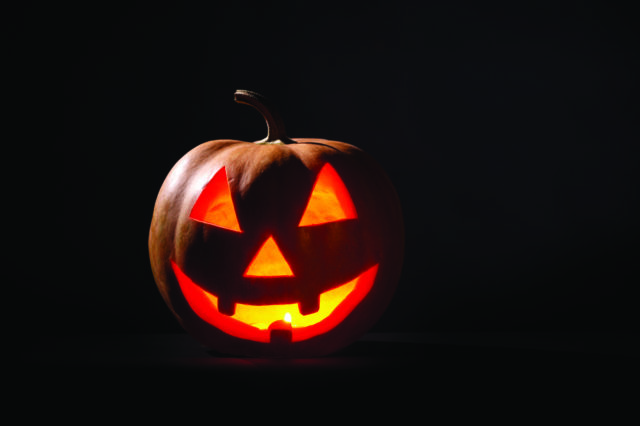 Big B.U.G. Circus, presented by the Boulder Ukulele Group, features an evening of ukulele performances sure to surprise and delight on Halloween night. Local and national talent alike will showcase this little instrument of joy and bring you the fun you thought you were going to miss this Halloween, with  ukulele bands, a ukulele open mic, strum-alongs, jokes, lessons, dancing and general frivolity. Put on your costume, grab a beverage and some candy and enjoy.

North Carolina Americana quartet Mipso partnered with independent venues across North America to host this virtual concert experience: $5 from every ticket sold goes directly to partner venues, including the Fox Theatre in Boulder and the Aggie in Fort Collins. Each ticket purchase includes on-demand access for 48 hours post-event. Limited edition merch bundles are also available while supplies last. Mipso will perform new songs for the first time, as well as fan favorites and more.

Amir George is a filmmaker and curator based in Chicago. He is the co-founder of Black Radical Imagination, a touring program of short experimental films and video, focusing on new stories within the diaspora and the boundaries and limitations historically given to people of color in film. As an artist, George creates spiritual stories and fragmented vignettes populated by characters who tend to dwell outside of social norms. The evening’s programming has a run time of just 11 minutes. The entire program will screen repeatedly between 7 and 9 p.m. This is an outdoor screening, so dress appropriately, wear a mask and bring something to sit on if desired.

Looking for a safer alternative to Halloween this year? Join WOW! for socially distanced spooky activities, including games, slime to-go, pumpkin painting, a family photo station and more. Come dressed up and collect non-candy treats around the museum. Each time slot is limited to 50 guests. Appropriate COVID face masks are required for ages 11 and up to attend this event — Halloween masks/costumes are not considered protective face coverings.

Log in for a laugh-inducing, heart-opening, edge-of-your-seat night of true, five-minute stories told from the heart — that you get to enjoy while curled up on your couch. The theme for the night is free. Did you ever go dumpster diving? Did you free yourself from the chains of your hometown and head out on the road? Did you judge someone in a judgment-free zone? All the story slam winners from the last year will come back to face off for the Grand Slam Title. Hosted by Johanna Walker with guest musician and co-host Hal Walker, multi-instrumentalist of TikTok fame. If you are unable to donate but would still like to attend this event, please email Shay Wescott at swescott@thedairy.org.

Drawing Parallels invites viewers to explore the relationships among simultaneous, sweeping events — from world wars to movements for civil rights to pandemics — in Boulder’s past and present. Drawing Parallels cuts through the onslaught of today’s news to discover how people in the past dealt with concurrent historic moments and to present contemporary perspectives on 2020 from local artists, frontline workers and community members.

Artists Renée Millard-Chacon (founder of Womxn From The Mountain) and Micaela Iron Shell-Dominguez (director of operations for International Indigenous Youth Council) created I STILL EXIST to raise awareness around missing and murdered indigenous women and girls who have been victimized as a direct result of corporate environmental exploitation and degradation. This installation demands corporations assume liability and work to redistribute wealth to communities affected by negligent and criminal actions.

The Firehouse Art Center and the Nature, Environment, Science & Technology (NEST) Studio for the Arts have announced a new partnership for the upcoming winter and summer residencies at the Firehouse. University of Colorado Boulder graduate students Jennifer Cole and Amy Hoagland will use this art installation to study psychological experiences of art. Cole is a Ph.D. student at the Department of Psychology and Neuroscience, and Hoagland is an MFA student in the Department of Art and Art History. They are collaborating together to create a site-specific art installation featuring an artificial natural environment, based on a shared interest in how people relate to nature.

Taking cues from the hazy guitars and breathy vocals of mid-aughts indie rock (à la Silversun Pickups), Irish rockers NewDad measure the growing distance between two people in their new single “Blue.” With one mired in the bitumen of depression, neither feels they can move forward: “While you took your time, you wasted mine / I said I wanted you / You said you felt too blue / And while you were making up your mind / I lost mine.”

“My Baby Just Cares for Me,” Lou Hayter

Lou Hayter first found recognition as the keyboardist for the New Young Pony Club in the mid-aughts as the wave of the nu rave scene crested. Hayter went on to make new wave sounds with Nick Phillips as the New Sins, and sassy French pop in the duo Tomorrow’s World with JB Dunckel (from the electro space-pop duo Air). Now she’s set to release her first solo album in 2021. This first single showcases Hayter’s penchant for spaced-out synths and playful language: “You speak in English but your kiss is French,” Hayter cheekily tells her lover. When her lover has to go, Hayter parties out her blues with her friends: “No sweat, ’cause we’re tight like that.”

“Is This Where It Ends,” Nabihah Iqbal

Nabihah Iqbal blends shoegaze vocals with a moody bassline on this second single from the Chalo compilation by The Jazz Diaries. The collection features artists from South Asia (Iqbal’s parents immigrated to the U.K. from Pakistan in the ’80s) and benefits the Human Rights Law Network and Zindagi Trust. Iqbal — who DJ’d around London under the moniker Throwing Shade for many years — is a multi-instrumentalist with a degree in ethnomusicology. Her debut album, 2017’s Weighing of the Heart, moves between jazz, new wave and house, reflecting Iqbal’s diverse proclivities.

“Try to Reach Me,” Sofie

Sofie Fatouretchi is perhaps best known for her monthly SOS Radio program on online radio station NTS. Classically trained on violin and viola, there’s immense breadth and depth to her musical interests, as evidenced by her eclectic Boiler Room DJ sets. Her first album, Cult Survivor, takes a ’60s dream-pop approach, with lyrics that reflect Fatouretchi’s education in psychology and philosophy: “Try to reach me lately / I’m always around / Doesn’t matter if you think I don’t wanna be found.”

With winter just around the corner, “Skydance” offers a heater for the dance floor wherever you can make one. In the vein of producers like Four Tet, London-based Lxury (Andy Smith) has made a name for himself with prismatic house tracks, often using obscured vocals to create texture rather than broad strokes. He forgoes the vocals but puts all four on the floor with this clean, effervescent cut from his newly released EP Trinity Lounge.

HOMEVIEWING: ‘Invasion of the Bodysnatchers’

“Geoffrey is not Geoffrey.”

Well, on the outside, Geoffrey is Geoffrey, but Elizabeth (Brooke Adams) knows something’s off with her husband. It’s a spousal sixth sense: They can tell with a simple hug if you’re happy or sad, anxious or calm. When Elizabeth hugs Geoffrey, she recoils.

Matthew (Donald Sutherland) might be a little too happy hearing this. He’s in love with Elizabeth, and this might be the window he’s been waiting for. If only Matthew knew the truth.

Truth is, Geoffrey’s been replaced. Space goo that floated across the galaxy has settled on Earth — San Francisco to be specific — in the form of attractive flowers. Those flowers intoxicate people and produce large pods that replicate them identically. Once the individual falls asleep, the pod people siphon off what’s left and take the victim’s place. All that remains from the original is a large dusty pile of dryer lint.

Released in 1978, Invasion of the Body Snatchers was the second time Hollywood adapted Jack Finney’s 1955 novel. The previous incarnation — released in 1956 and directed by Don Siegel — was a Cold War classic. Most saw the emotionless dupes as an allegory for communism, though a few wondered if the criticism was pointed in the wrong direction. Might these mind-numbed masses stand-in for McCarthy-era groupthink?

That fear takes a much deeper root in the 1978 version, directed by Philip Kaufman from a screenplay by W. D. Richter. In this version, the presence of a surveillance state only adds to the willies. Blank faces watch Matthew and Elizabeth’s every move, compromised government officials are always one step ahead, and no one knows who’s been duped and who hasn’t until it’s too late.

Talk about effective. And the lion’s share of the credit goes to the late, great cinematographer Michael Chapman who died Sept. 20, 2020, at the age of 84. He gives Body Snatchers a profound layer of unease. Everything looks displaced and unnatural. From rat droppings found in a soup to telephone cords retracting into walls like snakes lying in wait. Then there’s the city of San Francisco: Victorian houses built on steep hills exaggerate canted angles, crooked shadows engulf claustrophobic spaces, fog shrouds what’s right in front of us, dampness permeates everything — it’s tailor-made for terror.

Few cinematographers were better adept at finding the sinister corners of a city like Chapman. Just a few years before, Chapman shot Martin Scorsese’s Taxi Driver, another tale of terror (for vastly different reasons).

Invasion of the Body Snatchers is a little more Halloween-friendly. It’s unnerving, no doubt, but there’s a touch of humor courtesy Leonard Nimoy and Jeff Goldblum (playing a psychiatrist and a poet, respectively). They hold the horror at bay long enough for all hope to slip away. By that time, neighbor has turned against neighbor, loved ones become strangers, and the faceless mob has consumed all. As Kevin McCarthy warns: “They’re already here. You’re next.”

Invasion of the Body Snatchers is currently streaming on Amazon Prime, The Criterion Channel, DirecTV, Hoopla and Showtime.