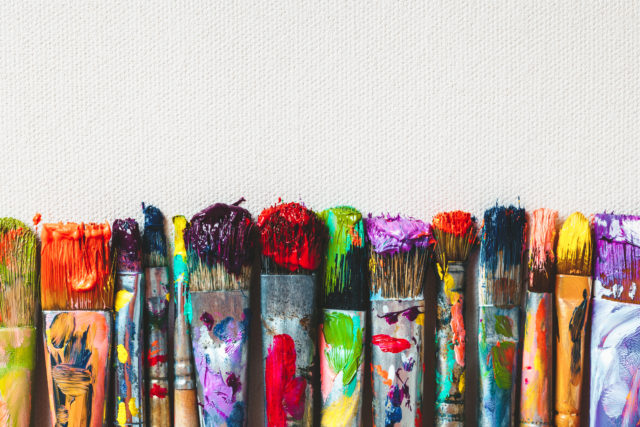 If you are organizing an event (virtual or otherwise), please email Caitlin at crockett@boulderweekly.com

Boulder’s Office of Arts and Culture has put together a collection of videos that allow you to virtually visit recent public art projects and learn about the artists who recently produced projects in our community.

Firehouse Art Center in Longmont is hosting an online exhibition and sale. Artists of any medium are encouraged to submit, free of charge, by noon on April 30. Firehouse will be reducing its standard commission from 35% to 20% of the sale. The exhibit will debut on Friday, May 8. See the website for detailed submission guidelines.

KMG Academy has vowed to keep music going in every aspect in order to keep creators inspired during a time of hardship. Head to KMG’s website to subscribe to the ‘Keep Music Going Video Series’ and you will be sent a free training video created by KMG Academy every Monday discussing new topics, techniques and content in your favorite softwares such as Pro Tools, Ableton Live, Maschine and more.

These days, house concerts have taken on a whole new meaning. Little Tree House Concerts presents Austin-based singer/songwriter Grace Pettis from the comfort of your own home, with a lowered suggested donation of $10 per person. Pettis ties together folk, Americana and soul with a powerful voice, expressive guitar work, and lyrics that have won her some of the nation’s most prestigious songwriting competitions. Please donate early to allow time for the organizer to contact you with details on how to watch.

Help support CenterStage and Tapestry Theatre Company during the COVID-19 crisis by making a donation of any amount. In return, you’ll get a link to the nonprofit’s first virtual event, Social Distance-SING Cabaret. Your donation will help the Louisville-based theater company continue performing arts training.

Ben Young has thrilled audiences worldwide with his fresh spin on the typical magic show. Forget the rabbits and sequins, and join Ben in an upbeat show that focuses on a fun group experience! Find out why Ben was hand-picked to appear on the hit CW TV show Penn & Teller: Fool Us, has performed for the troops at 30+ military bases, and is a frequent guest performer in major casinos on the Las Vegas Strip. Offstage, Ben is just your average, nerdy, magic, part-time superhero. He holds a bachelor’s degree in psychology from the University of Tennessee, Knoxville and is a proud member of the International Brotherhood of Magicians, and dabbles with the ukulele. As always, the Boulder Magic Show at the Dairy is hosted and curated by The Dairy’s own Braden Carlisle.

The Color Wheel Project is an arts production that emphasizes how visual arts, music and dance can intersect while also enabling community connections. Originally planned for April 2020, the show will now premiere at the Dairy Sept. 18-19. This webinar will feature the four T2 company dancers who have choreographed for this show. Hear them talk about their work, creative process, inspiration and have the chance to ask them questions.

From the comfort of your own home, enjoy standup comedy with two Boulder comedy legends, Nancy Norton and John Novosad, with Boulder-by-way-of-Los Angeles comedian Zoe Rogers. Together they will bring you insights on how humor can help you de-stress, boost your immunity and help manage your anxiety and fears as they melt your worries into laughter. Nancy Norton became the first woman ever to win the Boston Comedy Fest in September 2018 and was most recently crowned the 2019 champion of the Seattle International Comedy Competition. John Novosad, aka Hippieman, has performed in clubs, theaters and bars across the country for more than 30 years, making his network television debut on The Late Late Show with Craig Ferguson. Zoe Rogers gets inspiration and sleep deprivation from her three awesome kids who make sure life is never dull or quiet. She is the creator and producer of Boulder Comedy Festival.

The ghost light is on in the Black Box and the building is closed on Front Street but CenterStage Theatre Company’s staff has been busy toiling to transplant theater community needs and sprout new ideas for great classes to wash away these pandemic blues. All class or coaching fees will support CenterStage Theatre Company, which is a nonprofit. All Classes will be held in Zoom App. Link will be sent upon registration. Choose from voice class, learn an audition song, guitar songwriting or private acting and audition coaching. Children in fifth through eighth grades can register to take part in The Box, a play by Lindsey Price.

Block 1750 has options for adults and kids with its online streaming classes. Contemporary, femme hip-hop and funk for adults, and breaking classes for kids. Donations start at $5.

Museum of Boulder’s Artifacts Alive program is made up of skits for students to perform that will bring artifacts from Boulder’s history to life. It’s great for creative families looking for group activities to do indoors together. Download the scripts and materials for at Museum of Boulder’s website. If you have any trouble downloading the materials, email Chelsea at chelsea@museumofboulder.org.

If you’re a little burned out on reality right now, QCode specializes in narrative podcasts that offer an escape — but don’t expect this LA-based audio production company to take you on a light-hearted mental vacation. Its scripted narratives take cues from ‘The Twilight Zone’ — ‘Black Mirror’ episodes with a ‘War of the Worlds’ treatment. ‘The Left Right Game’ stars (and was co-produced by) Tessa Thompson (‘Sorry To Bother You,’ ‘Dear White People,’ ‘Westworld’), who plays a dogged young journalist seeking to expand her career by following a group of paranormal enthusiasts as they play the Left Right Game. It seems like this will be a profile about a group of people who have become too enthralled with an urban legend, but as the group continues to make turns in their convoy — 40 turns, 200, 400 — the true story reveals itself. This podcast is still unfolding, so you have time to catch up and enjoy the ride in real time, qcodemedia.com

Listen to Colorado brewmasters and beer geeks go full hog on this delightful, conversational podcast. Hosted by Dr. Samuel Jay, a professor of communication studies at Metropolitan State University, and Jay Schrader, co-founder of Craft Beverage Consultants, the podcast maintains the feel of a happy hour decompression between friends while dissecting the business and art of craft brewing. Guests like Matty Peetz (of Denver-based Propagate Lab) talk about the science of yeast, while Michael Memsic of Sanitas Brewing talks about coming up in the burgeoning Boulder beer scene. Grab a beer and enjoy a different kind of happy hour, anchor.fm/unfilteredcraft

Boulder-based hosts Shay Wescott and Jack Hanley, of the Superlatives Film Podcast, present the Cinema Survival Series, a weekly podcast serving up the best of new, underseen and classic cinema available for streaming during your shelter-in-place situation. Wescott, the senior operations manager at the Dairy, is a lifelong lover of independent film who assists in programming the Friday Night Weird series at The Dairy’s Boedecker Theater. Jack Hanley is an academic, critic, podcaster and filmmaker, with expertise in the fields of film history and criticism, folklore, culture and media studies, English and American Romanticism and Eastern European history. These two combine their talents and passion for film to suss out hidden gems like ‘The Man with the Camera,’ an experimental 1929 Soviet silent documentary film, directed by Dziga Vertov, or ‘The Art of Self Defense,’ a ‘Fight Club’-esque dissection of modern masculinity, thesuperlativesfilmpodcast.podbean.com

Want to have a book club but, like, a really good one where a great author picks the books and then interviews the author? That’s ‘Bookable,’ and it’s way better than the garbage book club your friend put together and insisted on launching with ‘The Secret.’ Host Amanda Stern (author of the hilarious and poignant memoir ‘Little Panic: Dispatches From an Anxious Life’) engages established authors and emerging talent in free-wheeling conversations about one of their works — usually new, sometimes classic and occasionally obscure but always worth knowing about. Each episode contains a unique immersive sound experience, which, combined with Stern’s relatable demeanor and general brilliance regarding prose, makes this podcast pretty special for those of us who would just rather be reading, bookable.simplecast.com

Colorado Humanities & Center for the Book will host the Colorado Book Award finalist reading for general fiction, literary fiction and poetry on Friday, April 17 at 7 p.m. The first 100 to join the Zoom meeting (zoom.us/j/391993231 or call  669.900.6833, and enter meeting ID 391 993 231) may converse live with Colorado authors Aimie Runyan (‘Girls on the Line’), Linda Lafferty and co-author Andy Stone (‘Light in the Shadows’), Bruce Holsinger (‘The Gifted School’), Brandi Homan (‘Burn Fortune’), Wendy J. Fox (‘If the Ice Had Held’) and Erika T. Wurth (‘You Who Enter Here’). Poetry readings will come from Abigail Chabitony (‘How to Dress a Fish’), David J. Rothman (‘My Brother’s Keeper’) and Dan Beachy-Quick (‘Variations on Dawn and Dusk’). Facebook Live @cohumanities attendees can send in questions and comments. Order books online at BookBar (bookbardenver.com). The next finalist reading features mystery and thriller categories on Friday, April 24 at 7 p.m.