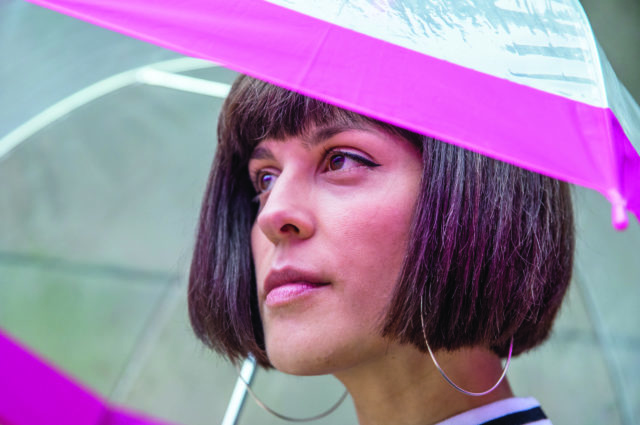 The Dickens’ Opera House facade and sign is an iconic part of Downtown Longmont. In this class, instructor Chad Straka will help you paint that very scene with acrylic paint using photos for reference. Learn how to use graphite tracing paper over a photograph to create a realistic drawing you can then paint. Grab a drink and get creative with these classes for adults. Beer, wine, non-alcoholic beverages, and snacks will be available for purchase in the Atrium Bar.

Young women aged 16-23 are four times more likely to face sexual violence than the general population. This is not a new issue, but activists in our community are starting a conversation in hopes of building a safe, healthy and equitable community free of gender-based violence. During this free webinar, YWCA Boulder County and a panel of experts and advocates at the front of the fight against sexual assault will lead a powerful discussion about this important issue and how each of us need to take action to change the culture and climate surrounding sexual violence. The discussion will be moderated by Debbie Pope, CEO, YWCA Boulder Count, and panelists include: Lindsey Breslin, Moving to End Sexual Assault; Pierre Booth, CU Safe Campus Advocate; John Clune, Title IX attorney; Sophie Dellinger, BVSD Survivors co-founder; Beatriz Sanchez, BVSD Survivors co-founder; Colorado Senator Faith Winter.

Local middle and high school students work tirelessly for months to create stunning couture made entirely of materials destined for the landfill. For the 12th year, their creations will be showcased in a fashion show and competition. It’s an evening notable for the creativity, confidence, and eco-consciousness it inspires.

In this young adult novel, Rill Kruse left for third grade with a dad, but when she came home, he’d gone missing. One year and thirteen days later—on the first morning of summer vacation—Rill still insists he’s coming home. Her mom has become a practical woman. Her older brother, Eddy, now calls her baby and dork. Gus, second-in-command at Kruse Whitewater Adventures, Rill’s family’s rafting company, has gone from being her dad’s “risk bro” to her mom’s guardian angel. When Rill’s cat, Clifford, leads her to the family tree fort on the mountainside behind home, she discovers a stowaway, Perla. To help Perla, Rill embarks on an adventure that tests her understanding of the world, of loss, and of what it means to be a friend. In the end, what Rill discovers will nudge her—and all those she loves—toward healing.

Alejandro Jimenez is a performance poet and educator whose work centers around cultural identity, immigrant narratives, masculinity, memory, and the intersections of them all. This TEDx speaker and Emmy-nominated poet will lead a writing workshop at the library followed by a performance in the auditorium. Drop in for either program or both.

Members of Longmont’s Japanese-American community share their family histories and reflect on the 80th anniversary of Executive Order 9066, which authorized the internment of anyone of Japanese ancestry from the West Coast. Featuring members of the Mayeda, Kanemoto, and Tanaka families, co-presented with the Longmont Multicultural Action Committee.

Iron Maiden lead singer Bruce Dickinson will offer a humorous and often satirical look at the world from his personal perspective, followed by a Q&A session.

March 22, 2022 marks the first anniversary of 10 lives lost in a tragedy that has an impact on many people. In response, the Museum of Boulder, through The Community Foundation of Boulder’s support, is offering a new exhibit opening on Feb. 19 titled Boulder Strong: Still Strong. The exhibit will serve as a place to reflect on how our community came together in the aftermath, and on how we have continued to process and change in the year since. The exhibit will feature a series of collaborative portraits made by Ross Taylor, an assistant professor at the University of Colorado Boulder. Examples include a portrait of the cellist who played for several days at the memorial site; the manager of King Soopers; inmate residents who raised money for the families of the victims; a comfort canine; Boulder’s chief of police, and many more. Additionally, some of the pieces the Museum collected from the memorial fence at King Soopers and other memorial sites will be on display, illustrating the variety of ways in which community members reflected, mourned, and responded together. At the opening reception on Feb. 18, you can meet Ross Taylor as he shares the process of building trust, engaging people in each portrait and gathering oral histories and stories for preservation. Representatives from the Boulder Strong Resource Center will also be present to help guests absorb and reflect in the new space.

This gripping memoir traces Brazilian-born American Julie Lindahl’s journey to uncover her grandparents’ roles in the Third Reich as she is driven to understand how and why they became members of Hitler’s elite, the SS. Out of the unbearable heart of the story—the unclaimed guilt that devours a family through the generations—emerges an unflinching will to learn the truth. In a remarkable six-year journey through Germany, Poland, Paraguay, and Brazil, Lindahl uncovers, among many other discoveries, that her grandfather had been a fanatic member of the SS since 1934. He eventually fled to South America to evade a new wave of war-crimes trials. As Lindahl delves deeper into the abyss of her family’s secret, discovering history anew, one precarious step at a time, the compassion of strangers is a growing force that transforms her world and the way that she sees her family—and herself.

Iliza Schlesinger is one of today’s leading comedians with a fan base who show their loyalty by creating their own Iliza-inspired swag to wear to her shows. Her fifth Netflix stand-up special UnVeiled premiered in November 2019 and delves into her journey of getting married.

The 10th Annual Front Range Film Festival features Colorado “craft cinema” with a focus on Colorado filmmakers and locations, as well as an amazing collection of domestic and international films. Experience Colorado, the West and the world, explore current events and issues, experience the rush of extreme outdoor adventures, and travel to the far reaches of the globe with this selection of films.

If you aren’t familiar with Ben Roy, he’s been taking comedy audiences by storm since 2004, bringing an unparalleled energy and unique voice to the stage. Often compared to Lewis Black or Bill Hicks due to his passionate, ranting approach, Roy has a style that is definitively his own.