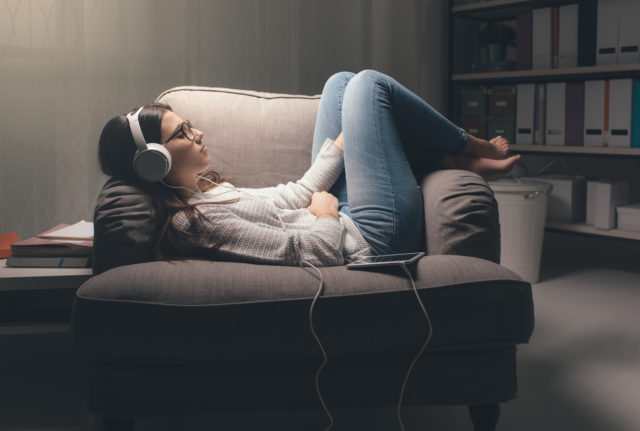 On On Earth We’re Briefly Gorgeous — Ocean Vuong
The title of Ocean Vuong’s debut novel gives away the young writer’s ability to craft riveting prose, imbued with emotion and beauty. Written as a letter to his illiterate mother, the story centers around Little Dog, the son of a Vietnamese refugee and a nameless G.I. It explores the nuances of immigration, family, mental health and sexuality through sweeping poetic language. A coming of age story like no other.

Homegoing — Yaa Gaysi
This is ambitious story-telling at its finest as Gaysi’s writing enraptures the reader in a world of generational stories linked by whispers from the past, symbols of eras gone by. Starting sometime in the late 18th century, the story follows the family lines of two half-sisters born in West Africa. One marries a British official and remains in Africa, while the other is enslaved and shipped to America. As the novel progresses, each chapter represents another story down their respective generational lines until we reach present day. It’s a captivating read.

Normal People — Sally Rooney
We’re not sure what it is about Sally Rooney’s Normal People that makes us care so much about a high school love story, but there it is. This novel found a way to suck us in and hold us there until we finished, as it brilliantly illuminates modern intimacy, love, family and social class.

Rough Magic — Lara Prior-Palmer
A riveting memoir following a young girl as she searches for herself by racing in the 1,000 kilometer Mongolian Derby. Prior-Palmer demands the attention of her readers, torn between digesting the story quickly to find out what happens, and slowly drinking in the profundity of each line. The story starts with Prior-Palmer from her home in the U.K. as she decides to enter the derby ill-equipped and untrained. It then follows her across the Mongolian Steppe on myriad spirited Mongolian ponies as she seeks to win the race and settle her soul.

The Sweetness at the Bottom of the Pie — Alan Bradley
Hunker down and follow along as amateur sleuth Flavia de Luce must pull herself away from her beloved chemistry lab to clear her father of murder. Flavia is as endearing as a protagonist can be, even as she torments the housekeeper and plots revenge against her two older and equally quirky sisters. Set in the British countryside of the 1950s, this 2009 murder-mystery is witty, engaging and thoroughly enjoyable. Plus, its the first book in a 10-part series. This is only the beginning.

2017-2019 — Against All Logic
Like any good setlist, let’s start this one off with a banger. Unlike the warmer sounds he last offered under his alias Against All Logic, Nicholas Jaar goes hard for 2017-2019. After a fairly dreamy opening featuring a sample of Her Royal Flyness Queen Bey, Jaar quickly grows antagonistic with tracks like “If You Can’t Do It Good, Do It Hard” and “Alarm.” Even when he brings the temperature down, he keeps it at a simmer.

Heavy Light — U.S. Girls
Meghan Remy has an obsession with truth and vulnerability, which is why her project U.S. Girls makes such vital music. Heavy Light is a personal album for Remy, using a deceptively poppy 21st century girl-group sound to explore her own physical abuse, but also institutional abuse. The track “4 American Dollars” is a finger-snapping discourse against vast accumulations of wealth. The track “And Yet It Moves / Y Se Meuve” begins with a question as timeless as it is of the moment: “Nos mienten sobre todo, no?” — They lie to us about everything, don’t they?

We Are Sent Here by History — Shabaka & the Ancestors
Millennial British saxophonist Shabaka Hutchings teamed up with a similarly aged group of South African musicians to create the genre-redefining jazz found on We Are Sent Here by History. “We need to start articulating our utopias, articulating what needs to be burned and what needs to be saved,” Shabaka told The New York Times. The album explores how toxic masculinity begets violence and authoritarianism, but it focuses on how vulnerability and truth can set us free.

Every Bad — Porridge Radio
On the Brighton four-piece’s second album, lead singer Dana Margolin opens with a feeling many of us might be experiencing at this precise moment in virus-panicked time: “I’m bored to death, let’s argue / What is going on with me?” The rest of the album goes on to explore just what might be wrong with Margolin — or any of us, for that matter — vacillating between whispers and screams, fluctuating between emotional extremes.

The Neon Skyline — Andy Shauf
Andy Shauf knows how to take the mundanities of life and mine them for every ounce of humanity. The Neon Skyline tells the story of a man who goes to his local bar, hears that his ex is back in town, then watches as she enters the bar. The power of Shauf’s music lies in his ability to find the beauty in lost love, drunken conversations and dive bars.

The Other Latif — presented by Radiolab
Radiolab reporter Latif Nasser finds one other person in the world who shares his name: Detainee 244 at Guantanamo Bay. Over the course of several years, Radiolab’s Nasser investigated a man the U.S. government claims was one of Osama bin Laden’s top advisors. As is always the case with Radiolab and its side projects, this six-part series is as heart-rending as it is. —CR

Reply All
Fans of this show know that technology is just the frame in which hosts PJ Vogt and Alex Goldman hang beautiful snapshots of humanity. Tracing the origins of viral memes, conspiracy theories, deep fakes, dark patterns and whole constellations of Twitter fights leads to captivating storytelling. Check out episode 158, “The Case of the Lost Hit,” where Vogt and Goldman help a listener hunt down a song that’s seemingly lost in the ether — a prime example of this show’s playful brilliance. —CR

Heavyweight
Using an outsize version of his neurotic personality to narrate, Heavyweight host Jonathan Goldstein employs an absurdist brand of humanity to help others resolve long-past conflicts. There’s not always a satisfying answer (the episode “Rose,” for example, where a woman longs to understand why she was kicked out of her college sorority), but even then there’s a sense of closure. Other episodes, like “Scott,” showcase Goldstein’s ability to set his subjects at ease, resulting in a multi-generational investigation and a heartwarming conclusion. —CR

Room 20
Kept alive by breathing and feeding tubes for the last 17 years, the name on the hospital bracelet simply called him Sixty-Six Garage, named after the garage his car was towed to after a 1999 crash in the California desert near the U.S.-Mexico border. Follow investigative reporter Joanne Faryon on a two-year journey to identify Sixty-Six Garage and in the meantime realize he may be conscious after all. —AKE