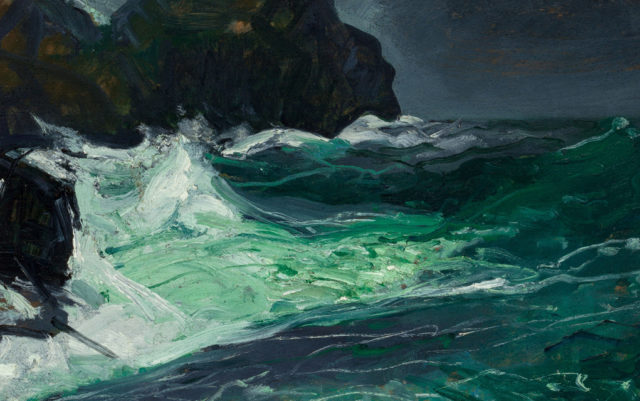 …but an orca over there plays in the air
leaping in dance, laughing with hurricane…
a gull in front of me lands on a fence post
without a flash of wing
motionless in sideways gale,
as if half-asleep…

they show me how to be
and how to, whether the storm…

ocean vibrates nervously
breakers bash my edge of strand with vengeance and plan,
as two bald eagles spiral carelessly through it
in mating dance abandon…
and the humpback slaps a mocking fluke
while I relish blade wind with smiled open gait

they show me how much fun it is to take it,
to feel the life raging right against your face

they remind so well here along tempests’ shore
inside the squall beach scene and why I’m standing in it,

they show me how to be alive…
and how to, whether the storm.

Since the age of 5, Kevin EM Rodgers has wondered if he’s alive… and what was the point for the pain of it all. His entire life he’s searched for purpose and reason, sometimes finding them hidden in plain sight. He tends to combine science and mysticism to make some sense of it all.

In Grief, Take As Long a Road As You Need