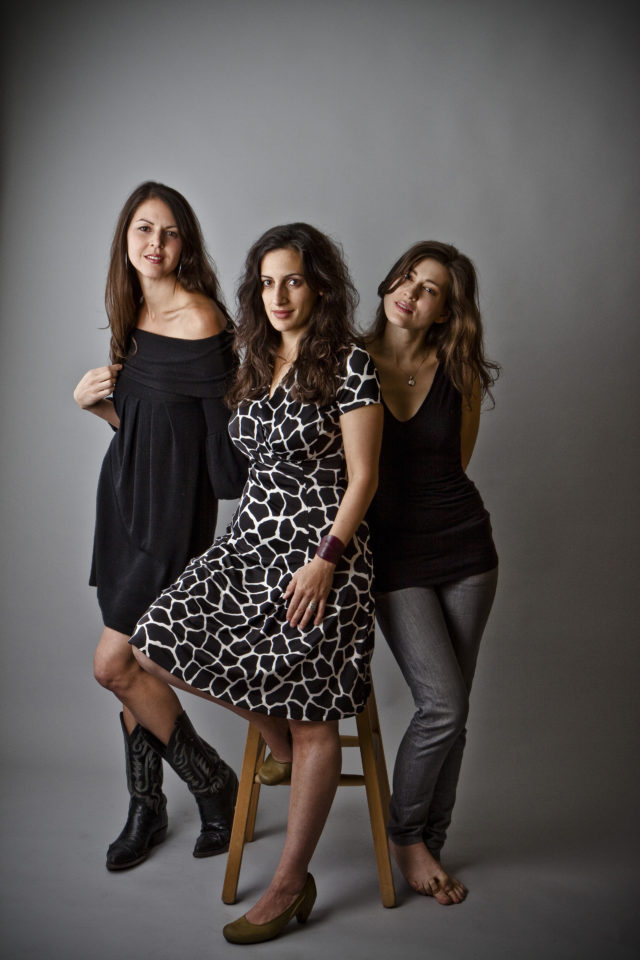 Ruth Moody, the high-flying soprano for the Canadian folk trio The Wailin’ Jennys, is vacationing with her family in Wisconsin prior to hitting the road for a few Jennys’ shows, including one at Folks Festival in Lyons on Aug. 20. But Moody’s work never exactly ends.

“We’re on vacation but it’s still a full-time job,” she says of raising her eight-month-old son. Still, like any loving parent, she wouldn’t trade it for all the riches in the world — or all the Junos (the Canadian Grammy) or Billboard chart-toppers. This is a new chapter in Moody’s life, a fresh source of inspiration for a prolific and highly lauded artist.

“[Having a child] really opens you up, opens your heart and opens your eyes, but the challenge is there’s not one second to follow any of these new ideas or feelings,” Moody admits. “I wrote a lot when I was pregnant but I haven’t written anything since [my son] came along. He takes all my energy. I can feel [the ideas] percolating and every once in awhile I’ll write an idea or a thought down or record a melody; I try to keep it alive. Once he needs me less I’ll be able to follow those creative sparks.”

It’s been six years since The Wailin’ Jennys put out an album of original material — 2011’s Juno-winning Bright Morning Stars — but the girls have been plenty busy.

Mezzo-soprano Nicky Mehta welcomed twin boys back in 2009, who, at seven months old, hit the road with the Jennys for the next year and a half. Since then, Mehta’s taken time to enjoy her family and nurture other passions, mentoring at-risk youth and young musicians, serving on arts-affiliated boards and writing music for contemporary dance performances. She’s said (in other interviews) she’s working on her sophomore solo album, her first independent work since 2001’s Weather Vane.

Heather Masse, the alto glue for the Jennys, has released three non-Jenny’s albums since 2008: Bird Song, Lock My Heart (2013), and last year’s August Love Song, a collaboration with trombone maverick and octogenarian Roswell Rudd. The title of her latest work is a tender ode to her son August Loyal. Outside of the studio, Masse (often with the rest of the Jennys, but sometimes on her own) appeared on Garrison Keillor’s A Prairie Home Companion numerous times (with the Jennys it’s likely more than a dozen). On Aug. 13 she’ll join Richard Dworsky and Fred Newman at the Denver Botanic Gardens for Keillor’s Prairie Home “Love and Comedy” show.

Last but not least, Moody has released two solo works: The Garden in 2010, and These Wilder Things in 2013, both critically acclaimed  and award-nominated. She’s appeared on works by Mark Knopfler of Dire Strait’s fame, string band The Fretless, Suzanne Elizabeth Ungerleider (the alt-country singer/songwriter who performs as Oh Susana) and the Colorado-native, card-counting general badass Darryl Purpose.

And then last year she became a mother.

“I had a whole plan; I was planning on touring in Europe in a couple months with a new album,” Moody says. “All that changed but I don’t regret it one bit.

“When my son came along it was my solo stuff that I put on the back burner and I continued to tour with the Jennys,” she says. “I think maybe next year I’ll try to get into the studio. There are songs I wrote when I was pregnant I’d like to record. I think I thought when I was pregnant I would record [a new solo album] this year. I’m nowhere near a position to do that. But I’m not in a rush. I want to be present for my family, also to enjoy life. I think maybe I was a bit of a workaholic before. I’m trying to be more present and enjoy these moments. He’s not gonna be a baby forever.”

“That is actually the thing we did make happen. We went into the studio in February,” Moody says. “Against all odds we found five days [to record].”

Moody says the new record should be out before the end of the year.

Boulder fans get the chance to hear The Wailin’ Jennys debut music from their new record at a Boulder Theater show on Nov. 19.

Until then, whet your appetite with some classic Jennys on the Planet Bluegrass lawn.