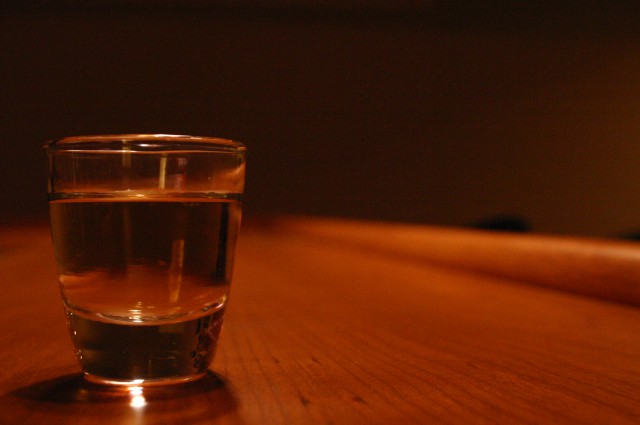 On a windy April day Mr. Phillips was ushered out of the safety of his discreet cubbyhole at Foster, Baker, Simon and Mudd and led down a grim hallway by an equally grim secretary, only to be unceremoniously fired by Mr. Baker.

Mr. Phillips put his pencils, paper clips, coffee cup, dental floss and San Diego Zoo calendar into a cardboard box and boarded the elevator without saying goodbye to any of his former co-workers — not even Lisa, the receptionist whose breasts Mr. Phillips had once eyed for a full 10 minutes at an office Christmas party. Mr. Phillips simply took the elevator all the way to the first floor, walked briskly into a small bar and restaurant, and ordered his first of many vodka martinis.

After his eighth vodka martini, Mr. Phillips, who had been glaring at his cardboard box which occupied the bar stool to his left, lifted his foot high into the air and kicked the box violently. It flew approximately three feet before crashing into a wall and spilling Mr. Phillips’ personal possessions onto the lush, red carpet of the bar and restaurant. The coffee cup broke in half. The San Diego Zoo calendar landed face up and opened to the month of October, which sported a large, glossy antelope above its dates. Mr. Phillips staggered over to the dented box and its lost belongings, vomited on the antelope and went home to his studio apartment. He drank vodka martinis for nearly three weeks.

In May Mr. Phillips switched to gin. He drank it with ice and very little tonic. After Mr. Phillips received his first unemployment check, he began purchasing celebrity gossip magazines when he went out on his bi-weekly outings for gin and frozen burritos. He cut out pictures of the celebrities’ hands and pasted them onto the ceiling above his bed. This was something he had always wanted to do, but had never had the time.

In mid-July, Mr. Phillips started on tequila. He had begun eating microwaveable pizzas toward the end of June, and he had discovered that gin did not really go well with them. Tequila was better. Also in July, Mr. Phillips began photographing feet. The impulse had been borne on a particularly rainy afternoon as he sat meditatively eating pizza, drinking tequila and staring through his streaked kitchen window, and then suddenly wondered what it would be like to be a rain gutter.

In August, Mr. Phillips, tired of the incessant mud and litter associated with lying in the street next to a curb, began imitating a streetlight. Each morning, he positioned himself next to an intersection near his apartment and held up green, yellow and red flash cards at the appropriate times to aid the flow of traffic. Unfortunately, this new occupation was put to a halt almost immediately by the local police, who did not appreciate Mr. Phillips’ assistance. Devastated, that evening Mr. Phillips threw out his remaining microwaveable pizzas and purchased several boxes of frozen egg rolls.

Throughout September, Mr. Phillips ate egg rolls, drank strawberry daiquiris and imitated his upstairs neighbor’s dog. After only a few days of practice, he scampered naked on all fours around his apartment, freely scratching at the carpet, chewing on shoes, and lapping his strawberry daiquiris from a water bowl.

One evening in early October Mr. Phillips discovered that he was out of strawberry daiquiri mix. After a few fortifying shots of straight rum, he dressed quickly and rushed out of his studio apartment toward the liquor store. However, on impulse, he turned left when he should have turned right, and found himself gazing longingly through the large metal gates of the City Zoo.

Mr. Phillips hoisted himself over the gates, ran to the “Living Antelope Environment,” and vaulted over its wall. The antelopes stared as he removed his clothing, fashioned for himself a set of make-shift antlers from two sticks and a rubber band he had the good fortune of finding in his shirt pocket, and curled naked and antlered into a small patch of grass. Mr. Phillips, softly bleating, lifted his head. He felt the stars poke holes into his pale abdomen, and with them, finally, solace.