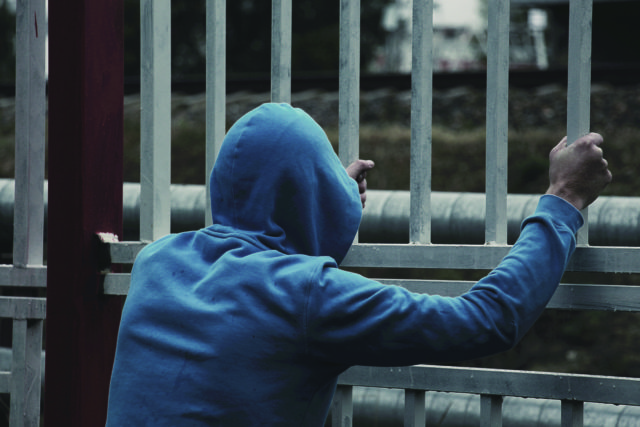 In the 1970s and ’80s, Robert J. Riley was a Deadhead, following the Grateful Dead around the country in pursuit of the music and its free love spirit. Tall and gangly, he was well liked by fellow travelers, or, as he called them, “people unafraid to be barefoot on the Earth.”

It’s no secret that the band and their dedicated fan base consumed psychedelics — everything from  LSD to psilocybin. In the mid 1960s, the Grateful Dead found themselves and their characteristic sound by experimenting with music tripping, and fans in their audience became attuned to listening while high. Riley was just another hippie along for the ride.

His first arrest came for selling a joint on a beach in San Diego. Over the next 15 years he’d be arrested two more times; first for selling 3 grams of hash and next for $25 worth of amphetamines.

Then, in 1992, he was arrested for the last time, for mailing LSD and mushrooms across state lines. Under the harsh, black and white mandatory minimum sentencing requirements of federal drug policies, the details of his conviction and arrest history didn’t matter. This was his fourth arrest and he was sentenced to life without parole.

Last week, on Jan. 19, 2017, just days before leaving office, President Obama commuted the rest of Riley’s sentence so that in a year’s time he will walk out of jail a free man.

Riley was one of 330 nonviolent drug offenders to receive clemency or commutation from the executive office that day, the most ever issued in a single day. It brought the total commutations and clemencies granted by Obama to 1,715, more than the last 13 presidents combined.

In a letter to those granted commutation, Obama wrote: “I am granting your application because you have demonstrated the potential to turn your life around. Now it is up to you to make the most of this opportunity. It will not be easy, and you will confront many who doubt people with criminal records can change. But remember that you have the capacity to make good decisions.”

In the name of second chances, Obama’s last and most productive day of commutations was a victory for the 2014 Clemency Initiative, a joint effort between the Executive Office and the Office of the Attorney General to increase the number of clemency applications.

“For our criminal justice system to be effective, it needs to not only be fair, but it also must be perceived as being fair,” wrote then Deputy Attorney General James. M Cole at a press conference announcing the initiative.

“These older, stringent punishments that are out of line with sentences imposed under today’s laws erode people’s confidence in our criminal justice system.”

Despite advocating for reforms to federal drug law during his presidency — such as reducing the disparity between crack cocaine and powder cocaine sentencing, ending the ban on federal funding for syringe access programs and supporting state medical marijuana laws — President Obama was largely unsuccessful in shifting criminalization platforms to health-based policy. Unable to persuade lawmakers to shift policy or to unilaterally adjust laws, his only power to signal shifting attitudes to drug law was to commute prison sentences.

Colorado was indisputably a catalyst in sparking the shift in public attitudes about drug policy. While there is no way to know why 55 percent of Coloradans voted to legalize marijuana in 2012, it is largely credited to the campaign to treat marijuana like alcohol and the corollary argument that it is unjust to criminalize its consumption or trade.

The scenarios surrounding the 330 names on the list of commutations issued in Obama’s final hours makes it clear that marijuana is but a part of a bigger issue in drug policy. In fact, there are only a few people on the list imprisoned solely for marijuana related charges — the vast majority were convicted for use or distribution of cocaine, amphetamines and other drugs. By broadly addressing convictions for many drugs, Obama points at the need for comprehensive reform that goes beyond the confines of any one drug.

The same day he issued the shortened sentences, Obama also published an article in Harvard Law Review about criminal justice reform, “The President’s Role in Advancing Criminal Justice Reform.” In the article Obama notes that he is the first president in decades to leave the office with fewer people in federal prison than when he started, but he admits limits to the executive office’s power in reforming policy.

Only Congress can achieve the broader reforms needed to ensure our criminal justice system operates more fairly and effectively in the service of public health and public safety.

With Donald Trump now at the helm in the Oval Office, staunchly committed to a “law and order” platform with all its tough-on-crime implications, it is doubtful that the reform Obama hopes for is coming. His selection for attorney general, Sen. Jeff Sessions, has been one of the principle opponents of a bipartisan sentencing reform compromise in Congress.

Criminality is not an inherent trait — it’s accidental, extrinsic. On Jan. 19, Robert J. Riley was a criminal, the next day he wasn’t. Similarly, on Dec. 31, 2013 anyone consuming marijuana in Colorado was in breach of the law, the next day they were not.