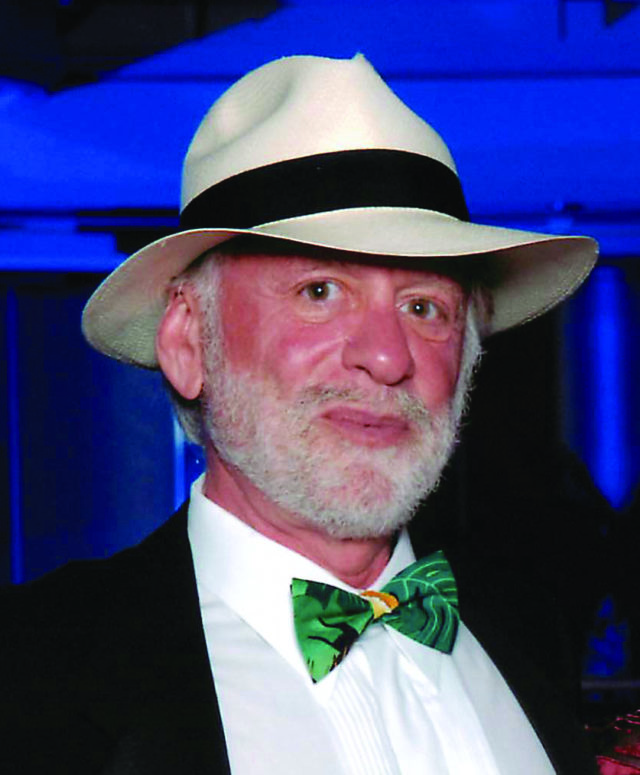 The fact that cannabis is legal in Colorado hasn’t done anything to change the fact that it’s still a Schedule I drug in America—categorized within the most sinister class of narcotic, reserved for substances or chemicals that have “no medicinal benefits” and “high potential for abuse.” And even in states where it has been legalized in some form or another, it’s still considered a substance of influence.

Which is to say: the fuzz will still come down on you for pot—even in this marvelous age of legalization, and even in post-prohibition states like Colorado.

And that’s why lawyers like Leonard (“call me Lenny”) Freiling are still out there defending people who’ve run into trouble with the law—defending drug cases of all shapes, sizes, schedules and colors. Lenny was a Lafayette judge at one point in his career, but resigned in protest in 2009 when Lafyette’s chief judge tried to increase the fine for possession for an ounce of pot from $100 (which was the state penalty) to $1,000 and a year in jail.

“I cannot in good conscience sit on the bench while being unwilling to enforce the municipal ordinances,” Frieling said in his resignation letter. “I find that I am morally and ethically unable to sit as a judge for the city.”

Lafayette never ended up following through with that policy change. Coincidence? Lenny doesn’t think so.

That’s all to say: Lenny’s got strong feelings about cannabis. So, after he stood from the bench in Lafayette and walked out, Lenny got involved with the National Organization for the Reform of Marijuana Laws (NORML). He’s been defending people accused of “pot crimes’’ ever since.

We caught up with this green defender to learn more about the kinds of cases he sees in a legal marijuana state, like Colorado.

Boulder Weekly: Lenny, we’ve seen your ads on the NORML website: “Over 45 years—Drug defense.” We thought you might be a good source to talk about marijuana law.

Lenny Freiling: Well, as you would imagine, hearing that my name is still popping up is quite satisfying. My thinking overall is: If I continue to do the work, the phone will keep ringing—as opposed to focusing on how to make the phone ring.

BW: What kinds of cases are coming across your desk these days?

LF:First is DUID, or Driving Under the Influence of something. I prefer the word “impacted” instead of “impaired.” We know that alcohol impairs, and we know that there is a fairly good correlation between level of impairment and blood alcohol. That correlation works. But that model simply does not work with Delta-9 THC for a number of reasons—one being the problem of blood showing levels of active THC even long after it’s been smoked. And with DUIDs, the ramifications are severe. So, that’s a real problem, and it comes down to ignorance: people being willing to drive too soon after imbibing, or traveling with it in their front seat, smoking or not.

Another area that popped up a while back was concentrate extraction with [an “inherently hazardous substance”]. People at home were doing various types of extractions, with ice water or pressure or highly volatile things like butane, etc. Some of those people using the high volatility extraction methods were blowing themselves and their friends and neighbors up. We still have extraction [cases].

We also have some people getting stuck in a sting because they don’t know how to run their own dispensary, or underage possession. Or, the other side of that, which is HB 1317—which is a disaster (see Weed Between the Lines, “Front of the medical middle,” March 3, 2022, for details on how the legislation would have required the Colorado School of Public Health to review research related to the possible physical and mental health effects of high-potency THC). Not only was HB 1317 scientifically unsound, it was really bad for the [demographic] they were really trying to target: 18 to 21 year olds with true medical needs. Give me a break. [The state is] taking medicine away from patients.

BW: Gov. Jared Polis has started programs to slowly start expunging past non-violent cannabis criminal convictions. Any thoughts on how the state is approaching that?

LF: My lawyer’s “duck and cover” answer: What I think I’m seeing is a bunch of political press. ‘Let us help you’ kind of stuff. Ask me in a year when I’ve had a chance for people to call me up and say, “Here’s what I tried to do to get my record expunged, and they told me to get lost.” I would like to believe that it’s well on its way to being a solved problem. But let’s wait and see.

BW: What is one of the biggest legislative hurdles you see standing in the way of legal markets?

LF: Colorado’s 1818-406 (“Offenses related to marijuana and marijuana concentrate”). Here’s the summary: 2018, the Federal Farm Bill legalizes hemp, plus isomers and derivatives, and they made it really broad, including CBD, etc. Well, an Israeli doctor [Raphael Mechoulam] discovered that they could take legal CBD into the lab and with some very, very basic chemistry techniques, like isomerization—nothing too extreme— they could cook up other cannabinoids, including Delta-8, not previously addressed in [U.S.] law. Which is a problem, because Delta-9 was previously addressed in the law, and you can’t make Delta-9 unless you jump through all the paper hoops, and even then it’s a problem. So, [with 1818-406] they basically said any synthetic cannabinoid is now a controlled substance. What they’re trying to do is ban anyone from taking legal CBD and making it into any one of the 113-plus cannabinoids in cannabis [at home]. I find that greatly troubling.

BW: What’s the best, most comprehensive advice you can give someone who’s run into trouble with cannabis?

LF: I think the single biggest challenge that has come into my office consistently for years has been a person coming in saying, “I want to do this legally. How do we do that?” That extends out to people that are cultivating, to people who want to start a business, or people who want to use the cannabis they bought but don’t know where, or who don’t know how many plants they can grow at home—people asking, “Is this legal? Illegal? Or somewhere in between?” That can be a very complex question, in my opinion.

If you have questions of your own (or need legal defense for drug crime) Lenny can be reached through his website: druglawyercolorado.com