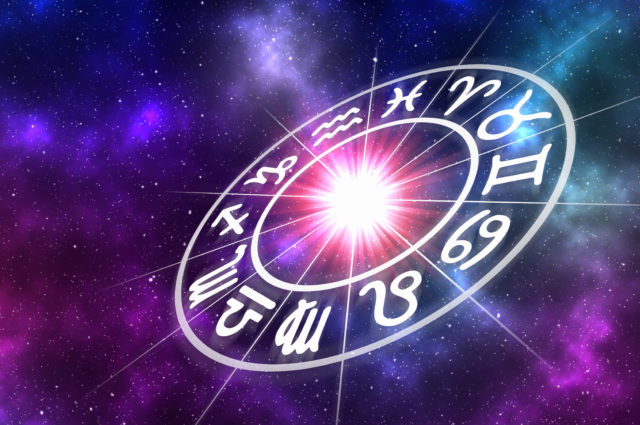 March 21-April 19: Reed Galen is an American political consultant who has worked long and hard for conservative causes. But in next week’s election he opposes conservative Donald Trump, whom he regards as an authoritarian tyrant. He writes, “Democracy is on the ballot. It’s a binary choice between good/bad, honorable/dishonorable, healthy/sick, forward/backward. There has been nothing like this in our lifetimes.” If you’ve read my words for a while, you know I’m a connoisseur of ambiguity and uncertainty. I try to see all sides of every story. But now I’m departing from my tradition: I agree with Galen’s assessment. The American electorate really does face a binary choice between good and bad. I also suspect, Aries, that you may be dealing with a binary choice in your personal life. Don’t underestimate how important it is that you side with the forces of good.

April 20-May 20: Taurus politician Dan Coats has belonged to the conservative Republican Party all his adult life. He served in the U.S. Congress for 24 years, and later as President Donald Trump’s Director of National Intelligence. Since leaving that office, Coats has criticized his ex-boss. He has said, “Trump doesn’t know the difference between the truth and a lie.” In accordance with astrological omens, I urge you to be fiercely non-Trump-like in the coming weeks. It’s crucial to the welfare of you and yours that you tell the whole truth.

May 21-June 20: Many stories that were popular long ago are still studied today. One example is the ancient Greek myth of Orpheus and Eurydice, originally told during the first century BC. Another is Homer’s epic tale The Odyssey, which harkens back to the sixth century BC. I have no problem with learning from old tales like these. It’s important to know how people of previous eras experienced life. But for you in the coming months, I think it will be crucial to find and tell new stories — tales that illuminate the unique circumstances that you are living through right now.

June 21-July 22: I’m surprised when I hear that fans of Donald Trump enjoy my horoscopes. My political views, which are deeply aligned with my spiritual philosophy, have always been very progressive. And I’ve never hidden that fact. How can someone who appreciates my ideas also like Trump, a vile bully who has unleashed enormous cruelty and chaos? If you yourself are a Trump fan, I understand that after reading the preceding words, you may never read my words again. But I need to follow my own astrological advice for us Cancerians, which is: Be bold and clear in expressing your devotion to the ideals you hold precious. For me that means supporting Joe Biden, an imperfect candidate who will nevertheless be a far more compassionate, intelligent and fair-minded leader than Trump.

July 23-Aug. 22: Dionysus was the ancient Greek god of drunkenness, ecstasy and madness. His followers were inclined to immerse themselves in those states. Yet as historian Robert Parker points out, Dionysus himself “was seldom drunk, seldom mad.” His relationship with his consort Ariadne was “dignified and restrained,” and “smiling tranquility” was his common mood. I recommend that in the coming weeks you act more like Dionysus than his followers — no matter how unruly the world around you may become. The rest of us need you to be a bastion of calmness and strength.

Aug. 23-Sept. 22: Virgo military expert Jim Mattis enlisted in the U.S. Marine Corps when he was 19 years old. Forty-three years later, having been a Marine all his adult life and a general for six years, he retired. Later, he served under President Donald Trump as the U.S. Secretary of Defense. After leaving that position, Mattis testified that Trump was “dangerous” and “unfit,” adding that Trump “has no moral compass.” Be inspired by Mattis, Virgo. Do your part to resist the harmful and unethical actions of powerful people who affect you. Be extra strong and clear in standing up for integrity.

Sept. 23-Oct. 22: “Feeling too much is a hell of a lot better than feeling nothing,” declares Libran author Nora Roberts. I trust you will see the wisdom of that perspective in the coming weeks. On the downside, there might be some prickly, disorienting feelings arriving along with the rich flood of splendor. But I’m convinced that most of the surge will be interesting, invigorating and restorative — although it may take a while for the full effects to ripen. And even the prickly, disorienting stuff may ultimately turn out to be unexpectedly nurturing for your soul.

Oct. 23-Nov. 21: Scorpio politician Joe Biden wasn’t my first choice for president of the United States. During the selection process, I championed his opponents Elizabeth Warren and Bernie Sanders. But now I support Biden wholeheartedly. He has several policies I don’t agree with, but on the other hand I know it’s critical that we Americans ensure he replaces the appalling, corrupt, incompetent Trump. In the coming days, I advise you Scorpios to also consider the value of wise and pragmatic compromise in your own sphere. Don’t allow a longing for impossible perfection to derail your commitment to doing what’s right.

Nov. 22-Dec. 21: The United States has suffered terribly from COVID-19. Of all the world’s countries, it has had more cases and more deaths. Why? One major reason is President Donald Trump. He has consistently downplayed the seriousness of the disease, has advocated many unscientific cures, and has been lax and erratic in supporting the therapeutic measures that virtually all epidemiological experts have recommended. It’s no exaggeration to assert that Americans will reduce their coronavirus misery by electing Joe Biden as president. In this spirit, and in accordance with astrological omens, I invite you to meditate on how you could reduce any and all of your own personal suffering. The time is right. Be ingenious! Be proactive!

Dec. 22-Jan. 19: “By my love and hope I beseech you,” pleaded philosopher Friedrich Nietzsche, “do not cast away the hero in your soul! Hold holy your highest hope!” That’s always good advice, but it’s extra crucial for you now. You will generate good fortune for yourself by being in close connection with the part of you that is bravest and wisest. The people whose lives you touch will have a special need for you to express the vitalizing power of intelligent hopefulness. More than maybe ever before, you will be inspired to cultivate your heroic qualities.

Jan. 20-Feb. 18: I’ve been writing my horoscope column for a long time, and it has evolved dramatically. One aspect that hasn’t changed is that every four years, I’ve endorsed a candidate for the president of my home country, the United States. Another unchanging aspect is that I regularly reveal my progressive views about political matters. Some people who have only recently discovered my writing express dismay about this. “I don’t want politics with my horoscopes!” they complain. But the fact is, politics have permeated my horoscopes since the beginning. Now I urge you to do what I just did, Aquarius, but in your own sphere: If there are people who are not clear about who you really are, educate them.

Feb. 19-March 20: “The worse the state of the world grows, the more intensely I try for inner perfection and power,” wrote Piscean author Anaïs Nin during World War II. “I fight for a small world of humanity and tenderness.” I encourage you to adopt that perspective for the rest of 2020. It’s an excellent time to respond boldly to the outer chaos by building up your inner beauty. I also suggest this addition to Nin’s formula: Call on your resourceful compassion to bolster the resilience of your closest allies.