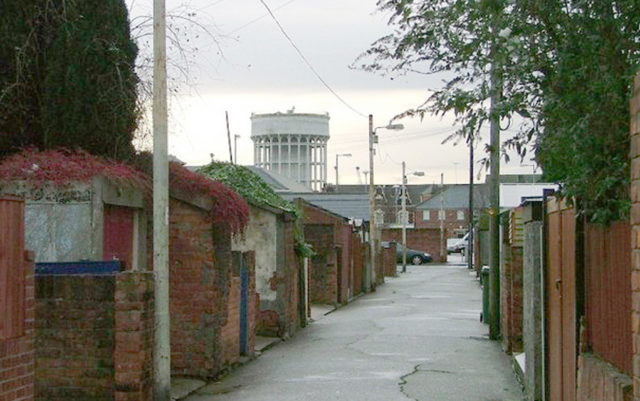 It was summer and it was hot. We sought what respite we could from the sun and also from the occasional passerby in the alleyway under the leafy branches of an old oak tree. We sat lazily in bright-colored plastic lawn chairs, glad to bask in a few precious moments with nothing to do until my friend’s kids got home and I had to go back to work.

As I gulped down the last of my noontime beer I heard footsteps tromp through the yard, and from just out of sight came a ringing and friendly, “Hello.” One of my favorite things about small town summer afternoons is the pop-over visitor, a friend out for a stroll, stopping in to see if anybody’s home, with no particular reason.

Our visitor sat down on the grass to share a few jokes and stories. A few minutes later I stood up to leave.

“Wait,” she said, ruffling around in her handbag looking for something. “Take this! It’s from our last harvest.”

She held up a little baggie and placed it in my hand. Through the crinkly clear plastic, I could see a green nugget of cannabis flower.

“This one’s on me,” she said. “Let me know what you think — we grow it ourselves and are always looking for feedback. And, if you like it and want more, we sell it for way less than what it costs in stores.”

This was my first back-alley deal in years and I have to admit, I liked it. Not just because of the freebie or the prospect of lower-than-market rates but because it brought up a bittersweet longing for a time passed. I was flooded by a collage-like memory of various, black market encounters I’d been a part of in my younger years. Despite my nostalgia, this was precisely the sort of black market deal legalization sought to eradicate.

An oft touted goal of legalization is the suppression of the black market by way of a functioning legal one that is regulated and taxable. Not only does this generate revenue for communities and governments, but it also removes the need for enforcement costs associated with criminalization.

The decriminalization aspect of legalization is easy to miss, but the little cannabis freebie in my pocket reminded me of its importance. The impromptu exchange in my friend’s backyard wasn’t legal per say, but it wasn’t criminal either. This subtle fact I tend to take for granted was illuminated in its importance on a recent trip to New York when I saw a few similar back-alley deals first hand, but with much higher stakes.

Cannabis isn’t totally illegal in New York — there is a small but legal medical marijuana market in the city, but it comes with such tight restrictions that it is crippled (in order to qualify for a prescription a patient must suffer from severe chronic pain or terminal illness).

But even though cannabis is predominantly illegal across the state, people still consume it. According to the Substance Abuse and Mental Health Services Administration, 12.83 percent of New Yorkers admit to occasional consumption, compared with the national average of 10.2 percent or 15 percent of Coloradans.

According to the New York Civil Liberties Union, New York City police arrest and jail more people for marijuana-related offenses than anywhere else in the world. Meanwhile, in Colorado, marijuana arrest rates have shrunk 97 percent since legalization.

The only difference between jail and an innocuous exchange? One happens in New York and one happens in a Colorado backyard.