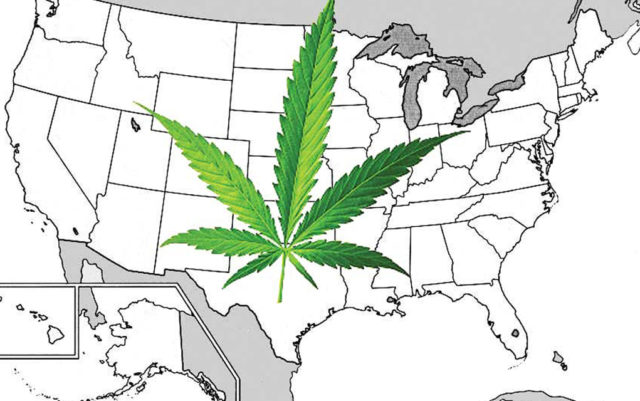 The American people don’t think much of Attorney General Jeff Sessions’ decision to repeal the Cole Memorandum and give U.S. Attorneys discretion to enforce federal anti-marijuana laws as they see fit in states that have legalized it.

According to a Quinnipiac University poll taken after Sessions’ decision, 70 percent of voters surveyed said they opposed “the government enforcing federal laws against marijuana in states that have already legalized medical or recreational marijuana.” Only 23 percent wanted to see them enforced.

(The poll also found 58 percent support for legalizing recreational marijuana, a result consistent with most other polls in the past year.)

However, not even Republicans back enforcing federal prohibition in states that have legalized. Forty-seven percent of Republicans opposed such enforcement; 42 percent favored it.

In short, marijuana has become a states’ rights issue. And one that’s prompting a lot of political cross-dressing, at that.

For the last half-century, Democrats have generally opposed states rights, because states rights were invoked to oppose federal action against segregation and other state Jim Crow laws, while Republicans have supported them, as a way of opposing the growth of the federal government.

But when it comes to pot, there’s been a spectacular reversal, especially on the part of Democrats.

The Quinnipiac poll found that 81 percent of Democrats (and 76 percent of independents) opposed federal law trumping state law in states that have legalized.

One reason for the reversal may be that Democrats have been rediscovering the virtues of states rights on other social issues as well, like gay marriage and sanctuary cities. In other words, there’s nothing that says states’ rights are conflated with conservatism.

As for Republicans, they’re discovering that states’ rights gives them a way to abandon the GOP’s traditional (and increasingly untenable) position on pot with a modicum of dignity.

What sets marijuana apart as a states’ rights issue is that it is an issue that’s been driven almost entirely by grassroots activism. Elected officials of both parties have been AWOL on marijuana legalization until the last year or two — and scads of them are waking up to the fact that they are way behind the voters on the issue; and in danger of being behind the eight ball come November if they don’t change course.

States’ rights allows them to change without flip-flopping.

Thus in Colorado both Democratic Governor John Hickenlooper and Republican Senator Cory Gardner, who opposed passage of Amendment 64 in 2012, have both become strong supporters of it on states’ rights grounds.

This is particularly important in Gardner’s case, because he is taking an active role into opposing Sessions’ action in Congress — based on states’ rights.

“I’m somebody that didn’t support the legalization of marijuana in Colorado,” he said last week, “but I also think it’s necessary to protect that state decision. If Colorado had to vote again today I think it’d probably pass with an even higher margin now than it did several years back. This is about states’ rights, this is about a federalist approach to government, and I hope that’s something that we can find a solution on.”

One of the hardest things to do in politics is to change course on a position that you have not only held for decades, but that to a large extent defines you. That’s currently what a lot of Republican office-holders are up against when it comes to marijuana.

They know that the party’s traditional “just say no/zero tolerance” position on pot is unsustainable, and that pot will be a major issue in a lot of next fall’s congressional and gubernatorial races. They also know that a majority (albeit a rapidly shrinking one) of the party’s base still opposes legalization.

States’ rights gives them a way out. Good.