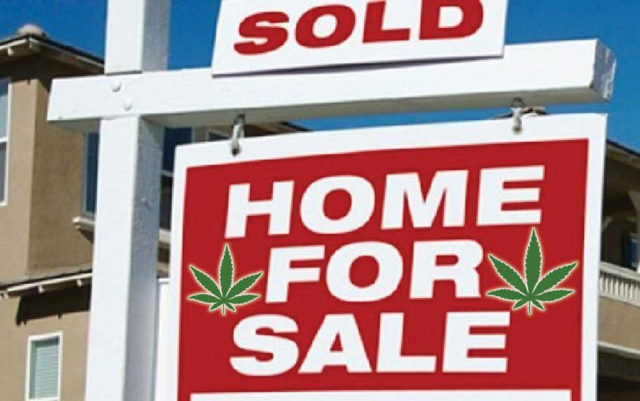 Last year a study by Colorado State professor Jesse Burkhardt found that new home prices close to Denver marijuana dispensaries rose faster than those for homes farther away. Now a second study has produced similar findings on a much larger scale.

The study was done by Clever Real Estate, a free online service that connects buyers with agents. It looked at home prices in communities in Colorado and Washington (the first two states to legalize recreational marijuana) with at least one dispensary. It combined Multiple Listing Service home sales data with dispensary license data, according to Clever Real Estate co-founder Luke Babich.

He said the study’s key findings were:

• Cities that allow retail dispensaries saw home values increase $22,888 more on average than cities where marijuana is illegal from 2014-2019 (controlling for population and initial home values).

Babich said that while public concerns about legalizing pot often focus on the possibility of legalization leading to elevated crime rates that in turn lead to lower property values, “our research reveals the opposite is true.”

Colorado’s first recreational dispensaries opened on Jan. 1, 2014. Today, Denver has 180 dispensaries, according to the Colorado Department of Revenue, the most of any Colorado city.

The study found that since Denver retail dispensaries opened their doors, “residential property values have increased 67.8 percent, the most significant growth in over two decades.”

More generally, cities in Colorado with dispensaries have higher-than-average property-value growth compared to the national average, the study found.

The study uncovered another somewhat surprising finding as well: Recreational marijuana legalization leads to an initial bump in home values, even before commercial sales begin.

Yet, “interestingly, all of the states that legalized in 2016 saw above average home values immediately after their respective bills were passed,” the study found.

“This suggests simply legalizing marijuana recreationally leads to an initial bump in home values, regardless of the economic and tax benefits,” the study said.

With regard to crime, the study found that violent crimes in Colorado have increased by 25 percent since 2013, and that similar violent crime increases can be seen in Washington as well. However, the violent crime rates in both states have grown by less than the national average. The study says the connection between crime and cannabis legalization “is still hazy.”

The study cites a 2017 study done at the University of Mississippi to explain the relationship between marijuana legalization and increased home prices. Recreational legalization “attracts more home buyers, including marijuana users as well as entrepreneurs and job seekers,” the Mississippi study found.

It’s not clear if the reference to “entrepreneurs and job seekers” was referring primarily to start-ups in the newly legal marijuana industry or to the larger torrid pace of tech start-up businesses in cities like Denver and Seattle.

Beyond the marijuana industry itself, marijuana legalization could well be contributing to the explosive growth in Denver and Seattle. Marijuana prohibition in the U.S. has been, and still is, a vicious tyranny. It shouldn’t be surprising that, finally given the opportunity, a lot of Americans are responding to it by voting with their feet.