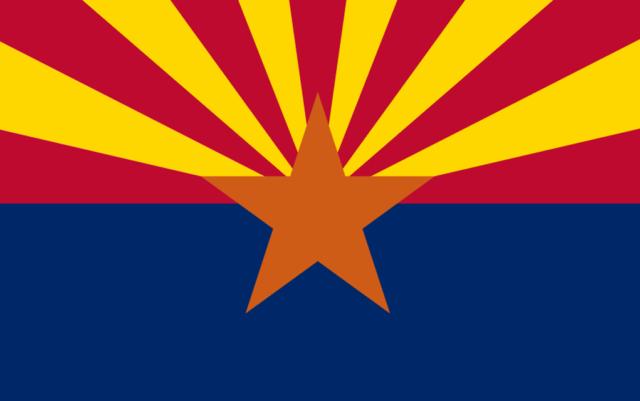 As of this writing, Arizona county officials are still validating signatures on petitions to put a recreational marijuana legalization question on the state’s November ballot. Supporters turned in 420,000 names; they need 237,645. The deadline for finishing the job is Friday, Aug. 7.

But that hasn’t stopped the state from publishing a voter guide that features pro and con talking points on the initiative, submitted by the current governor and a former one — both Republicans.

According to a piece posted at Marijuana Moment, Ducey called legalizing cannabis “a bad idea based on false promises.”

“We know from states that have fully legalized marijuana that it has real consequences: more deaths on highways caused by high drivers, dramatic increases in teen drug use, and more newborns exposed to marijuana,” he said.

Voters “must constantly re-evaluate our policies in the face of new evidence,” Symington countered. “Today the evidence is overwhelmingly clear: criminalizing law-abiding citizens who choose to responsibly consume marijuana is an outdated policy that wastes precious government resources and unnecessarily restricts individual liberty,” he said. “A far more logical approach would be to respect the rights of adults to choose to consume marijuana while taxing and regulating its production and sale.”

“Finally, and perhaps more importantly,” he wrote, “it frees up law enforcement to deal with more serious issues that actually jeopardize public safety.”

(Ducey’s claim that there has been a dramatic increase in pot use among teens in states that have legalized recreational marijuana is contradicted by evidence collected by federal agencies enforcing drug laws. According to the feds’ High Intensity Drug Trafficking Area (HIDTA) program, teen use rates have gone down since the end of pot prohibition for adults. And last month the Colorado-based deputy coordinator of the federal National Marijuana Initiative acknowledged that data from government drug surveys shows that Colorado saw a general decline in the number of teens using marijuana after the state legalized pot use.)

The Arizona voters guide includes pro and con talking points from a number of other Arizona notables, as well as a unique submission from Will Humble, the executive director of the Arizona Public Health Association. Humble’s statement was so fair and balanced that it was printed twice — first alongside arguments for legalization and then alongside arguments against it.

“Incarceration and felony convictions for marijuana offenses have multigenerational social, economic, and health impacts that have been disproportionately thrust on communities of color because they are more likely to be arrested for and convicted of marijuana offenses,” he added.

On the other hand, Humble said the risks of marijuana use “include impaired neurological development from use in adolescence, increased visits to emergency rooms from marijuana intoxication or accidental ingestion by children, adverse birth outcomes from maternal use, and injuries caused by impaired driving or workplace use.”

“If the Act passes, we urge the state to use its full regulatory authority to enforce purchasing age-limits, packaging and potency standards, regulate advertising and place of use restrictions, enact workplace use policy requirements, and solidify motor vehicle operation restrictions and penalties.

“Arizona officials should also partner with state universities to analyze and publish data on its public health impacts,” he finished.