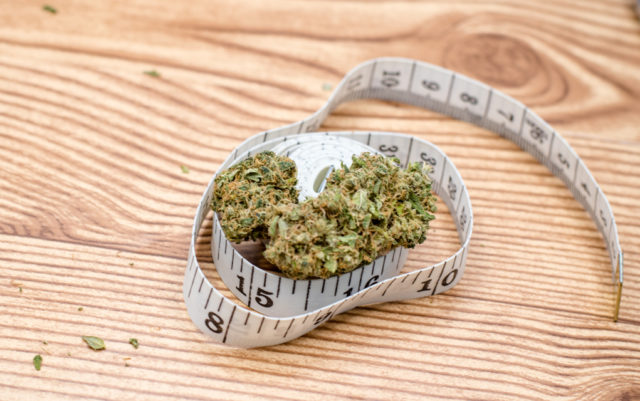 The first time I smoked pot I went through the host’s party snacks, kitchen cabinets and refrigerator like a one-man locust swarm. It wasn’t just peckishness. It was that the flavor of everything was fuller, richer and more subtle than anything I’d ever experienced before. The flavors and textures resonated. They sang. They did a little happy dance on my tongue.

It was my first encounter with “the munchies.” They were definitely a feature, not a bug.

That was in late 1965. It’s been that way ever since. Marijuana without munchies is like a day without sunshine.

I suspect this has affected my weight, which is kind of like the stock market: It goes up, it goes down, but the long-term trend is up. Smoking pot may not be the main cause of the ups, but it’s hard to believe it hasn’t been involved — especially when I reach the bottom of the Cherry Garcia tub.

So it shouldn’t come as a surprise that I’ve been skeptical about the claims that smoking pot can keep you thin and can help you lose weight — and that it helps you do this by functioning as an appetite suppressant.

But there is growing evidence that this might be the case. Provided you smoke the right varieties of marijuana.

First some background. Every couple of years a study comes out comparing marijuana users with non-users — and finds that the regular pot users tend to be slimmer than the non-users, munchies be damned.

These results seemed non-intuitive, to say the least, but additional studies keep finding the same thing: That regular marijuana users were on average somewhat slimmer, or at least somewhat less overweight, than non-users.

Researchers then analyzed those varieties to see if they contained any specific cannabinoids — there are more than 100 psychoactive cannabinoids in cannabis — that set them apart and could account for the putative appetite suppressive effect. It turns out there was one in particular that could: Tetrahydrocannabivarin or THCV.

Biochemically, the THCV molecule closely resembles the Tetrahydrocannabinol or THC molecule, the main psychoactive ingredient in marijuana. And THCV binds to the same CB1 receptor on cells that THC binds to in an almost identical way.

The body produces natural cannabinoid compounds called endo-cannabinoids, which play a number of roles in the body’s normal functions, including a role in controlling appetite.

The discovery of how THCV works provides an explanation and a biochemical mechanism for why some varieties of marijuana — the THCV-rich ones — seem to contribute to weight loss.

Those varieties tend to be pure sativas or sativa-dominant hybrids that are often described as “energy-boosting” varieties.

(The last two have been bred for THCV content, according to Chane Leigh writing at the Veriheal website).

Fortunately, some dispensaries are starting to post THCV content on their products. The bad news is that the availability of particular varities of pot is maddeningly erratic. But now that consumers are learning that marijuana might help them control their weight, THCV varieties are becoming more common.

Personally, I tend to prefer sativa dominant varieties for the more energetic head they produce. Since I am currently trying to ditch the holiday weight gain, I’m going to hunt down some flower with known THCV percentages and pay close attention to what it does to my appetite, weight and waistline. I’ll report back in a future column.

I really hope there is something to this. But if there is, I’ll miss the munchies.

Marijuana in the time of the virus

Social separating with Alice B. Toklas