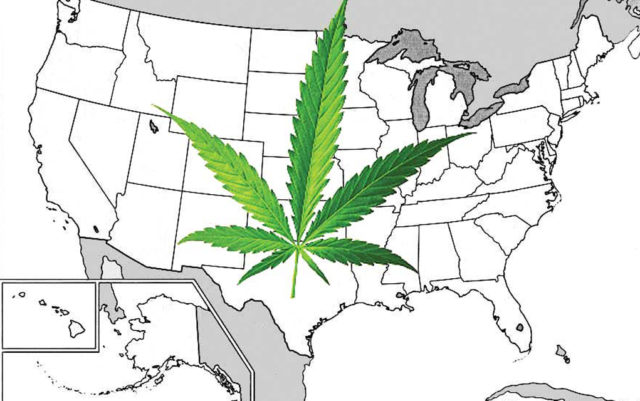 The bill had been introduced by Canada’s ruling Liberal government last April, and had the active backing of Canadian Prime Minister Justin Trudeau, who as leader of the Liberal Party had made marijuana legalization a major issue during the 2015 campaign that brought the party to power.

The bill now goes to the Canadian Senate, sometimes referred to as The Red Chamber (a reference to its décor, not its political culture). Senate passage is required for it to become law. Passage shouldn’t be taken as a foregone conclusion, because 40 senators are members of an Independent Senators Group that is unaffiliated with the caucuses of any party in the body. The Independent Senators group is the largest caucus in the Senate.

Done deal or not, it’s widely assumed the bill will pass, and Canada’s provincial governments have started preparing regulations for a recreational marijuana industry.

Six of the 10 provinces have already come forward with draft frameworks for retail marijuana sales. In Ontario, Quebec and New Brunswick, sales will be through provincial government-owned entities. The western provinces of Manitoba, Alberta and British Columbia will allow private retail sales as well.

One reason for starting even before the bill is passed is that the bill calls for legalization to kick in nationally on July 1, 2018.

Unlike the U.S., where legalization has involved state-to-state trench warfare, Canadian legalization would come to the entire country on the same day. That puts a lot of pressure on provinces not to be laggards.

Legal marijuana is expected to generate billions in revenue in Canada.

A recent CNN piece on the financial impact quoted an estimate from the Marijuana Business Daily that annual sales for Canada’s recreational marijuana could range “between $2.3 billion and $4.5 billion.”

The estimates seem almost laughably conservative. Colorado, with a population of 5.6 million, is expected to generate $1.1 billion in recreational marijuana sales this year. Canada’s population is 35.6 million, more than six times as large as Colorado’s.

Colorado’s sales are driven in part by pot tourism, but Canada can expect some of that from the Lower 48. Especially from New York.

Canadian legalization is not only going to draw pot tourists from New York, it’s going to add to the escalating pressure on New York to legalize recreational pot itself. As things now stand, the legislatures in two of New York’s neighbors, New Jersey and Vermont, will probably have legalized marijuana by July 1. A third bordering state, Massachusetts, legalized last year. Add in Canada, and it means that by the Fourth of July, New York will be almost entirely surrounded by neighbors in which recreational pot is legal. That’s going to make the anti-legalization posture of New York’s nanny state governor Andrew Cuomo increasingly indefensible.

Canadian legalization should also give a boost to the Michigan legalization initiative that will likely be on the ballot this fall. And it will certainly cause the states along the Canadian border who haven’t legalized to start seriously reviewing their pot laws.

And psychologically, a Canadian decision to legalize marijuana could have impacts in the U.S. far beyond the border. That’s because a common American stereotype of Canada is that it’s full of prudent, reliable, civic-minded, people whose heads are generally screwed on right.

And if they legalized pot, then maybe legalization isn’t such a big deal. Eh?