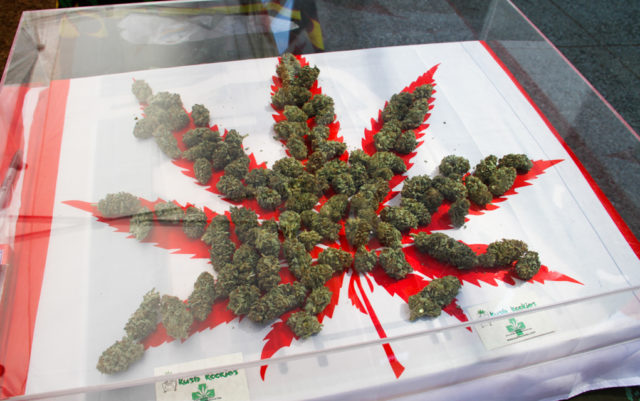 Canada’s Prime Minister Justin Trudeau made marijuana legalization a major plank in his successful 2015 campaign, and earlier this week he delivered on his promise with a bang.

On June 18, the Canadian House of Commons voted 205 to 82 to legalize pot in Canada. On Tuesday, the Canadian Senate passed the Commons-approved measure. The Senate, which had earlier proposed 46 amendments to the legislation, could have delayed passage but ultimately couldn’t block it. It chose not to delay and passed the Commons version the following day.

The Commons rejected 13 of the Senate’s amendments. The main one it rejected was one that would have given Canadian provincial governments the option of banning home growing of pot. The government objected to that amendment, and it was dropped in the Commons bill. As a result Canadian home growers will be able to have up to four plants.

“Canadians [are] allowed to make beer at home, or wine,” said Health Minister Ginette Petitpas Taylor. “It is already possible to grow cannabis for medical purposes, and we absolutely believe the legislation should be consistent when it comes to recreational cannabis.”

“We’ve just witnessed a historic vote for Canada, the end of 90 years of prohibition,” said Tony Dean, a senator who sponsored the bill in the upper chamber.

The bill now goes to the governor-general, the representative of Queen Elizabeth, whose signature on the measure is a formality.

Once the bill is signed, Canada will become the world’s second country to legalize marijuana on a national level (the first was Uruguay) and the first G7 country to do so.

Government officials said provincial governments will now need eight to 12 weeks to prepare for retail sales (which is practically light speed compared to the one to two years it has taken the governments of the nine U.S. states that legalized pot to get retail sales going).

The law gives Canadian provinces the authority to determine how marijuana will be sold. Ontario is expected to set up government-operated stores. Alberta is leaning toward private dispensaries, and British Columbia is considering both.

Provinces will also have the option of setting the minimum age for buying pot at either 18 or 19. All nine of the U.S. states that have legalized marijuana have set the age at 21.

Personal possession will be limited to 30 grams, a bit more than an ounce.

Will Canada’s decision to legalize prod any more U.S. states to follow suit? Just guessing, but in the case of four states it might. The four are Minnesota, Michigan, New York and New Hampshire.

Michigan is due to vote on a recreational marijuana legalization initiative this November. The fact that marijuana will be legal across the Detroit River in Windsor, Ontario, may cause some voters to view legalization as a way of preventing prohibition-era-style cross-border boot-legging from developing and a way of keeping tax dollars at home.

New York already has two states with legal recreational marijuana on its borders — Massachusetts and Vermont — and a third, New Jersey, is likely to follow suit. Pressure has been mounting on New York pols for months to run a legalization bill in the state legislature. Canadian legalization will increase it.

As for New Hampshire, with the passage of the Canadian legalization bill, the state is now completely surrounded by neighbors where recreational marijuana is legal (Maine, Massachusetts, Vermont and now Canada. Support for legalization in the New Hampshire legislature has been growing, but it wasn’t enough to put a bill over the finish line this year. But New Hampshire residents are now a short drive away in any direction from, uh, living free. That could prompt the legalization views of some knuckle-draggers in the state legislature to evolve.

In Minnesota, there was an attempt in the state legislature this year to put a legalization question on the ballot (Minnesota citizens can’t petition one on themselves) but Mark Dayton, the Democratic governor is a pot prohibitionist who has threatened to veto the legalization question. Fortunately he’s term limited, and most Democrats running to replace him favor the legalization vote. Canadian legalization could give the measure a further boost, eh?