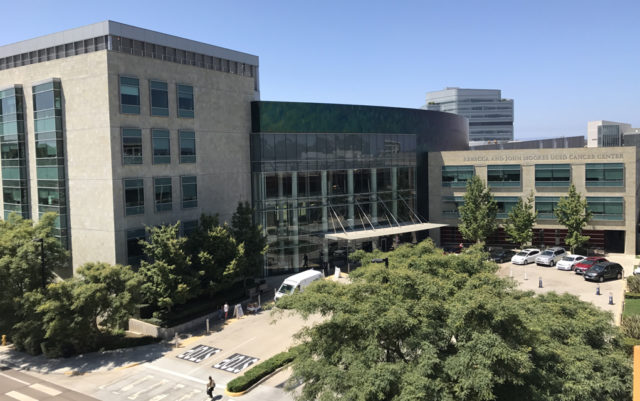 There have been a number of studies that indicate marijuana’s active ingredients may block cancer. So what are we to make of a new one that indicates the opposite?

The contrarian study was done by Dr. Joseph Califano, a researcher at the University of California San Diego who focused on cancers of the head and neck.

“We now have convincing scientific evidence that daily marijuana use can drive tumor growth in HPV-related (human papilloma virus-related) head and neck cancer,” he said in a statement.

“HPV-related head and neck cancer is one of the fastest growing cancers in the United States,” he said. “While at the same time, exposure to marijuana is accelerating. This is a huge public health problem.”

“Marijuana and other cannabis products are often considered benign, but it is important to note that all drugs that have benefits can also have drawbacks. This is a cautionary tale,” he said.

According to a UCSD press release, previous studies have linked daily marijuana use to an increased prevalence of HPV-related throat cancer, but a chemical/biological mechanism was unknown.

When p38 MAPK is turned on, it stops apoptosis (normal death of old or damaged cells) from occurring.

Califano’s team found that THC turns p38 MAPK on, and that they were able to stop the growth of HPV-positive head and neck cancer by turning off the pathway.

First, during the LSD scare in the late ’60s and early ’70s someone exposed human cells in a Petri dish to LSD and found the LSD caused genetic damage. The press reaction was predictably hysterical, until someone produced similar genetic damage with aspirin.

In the case of Dr. Califano’s study, the question is what else might turn on p38 MAPK besides pot. Dr. Califano’s team looked at blood samples from 32 head and neck cancer patients. It found THC in the bloodstreams of 5 of them, and that their p38 MAPK pathways were disrupted.

None of the press reports about the study that I found said anything about the 27 other head and neck cancer patients in the study who didn’t have THC in their blood. Were their p38 MAPK pathways disrupted? If so, by what? And was the putative non-THC disrupter also present in the blood of the pot smokers? If it was, then Doc Califano’s “convincing scientific evidence” that daily marijuana use can drive tumor growth is at the least somewhat nuanced.

Second, Dr. Califano is the son of Joseph A. Califano Jr., who was the Secretary of Health and Human Services in the Carter Administration — and the founder and chairman of Center on Addiction and Substance Abuse (CASA) at Columbia University. The elder Califano was an out-spoken war-on-drugs supporter, and CASA has provided a lot of intellectual cover for keeping marijuana illegal and for drug prohibition generally over the years.

It would be useful to know to what extent Dr. Califano shares his father’s and CASA’s prohibitionist worldview and whether they might influence not the rigor of his lab work, but how he interprets his results.

That said, he may still be on to something important. This is a case where more research really is necessary. And urgent.

Back in the ’50s, the Denver Post dutifully reported every traffic death in the state under an ominous standing headline that read “Speed Kills.” (MPH, not meth, that is.)

Uh, it turns out that today we have a solution for deadly MPH. It’s called cannabis.

According to marijuana journo Johnny Green, researchers in Toronto, Canada, analyzed data from a group of young adults who had participated in simulated driving performance tests while high. (All of the participants self-identified as being regular stoners.) Each subject’s driving performance was analyzed 30 minutes after consumption, and than again 24 and 48 hours after consumption.

Among other things, the researchers found that “cannabis caused decreased speed, increased heart rate, and increases in VAS drug effect (whatever that means) and drug high (well, duh).”

More important, they found “there was no evidence of residual effects” on these metrics over the two days.

Pot may make you do a lot of things in a car that can be hazardous to your health (a lot of them involving distracted driving). But automatically pressing pedal to the metal may not be one of them.