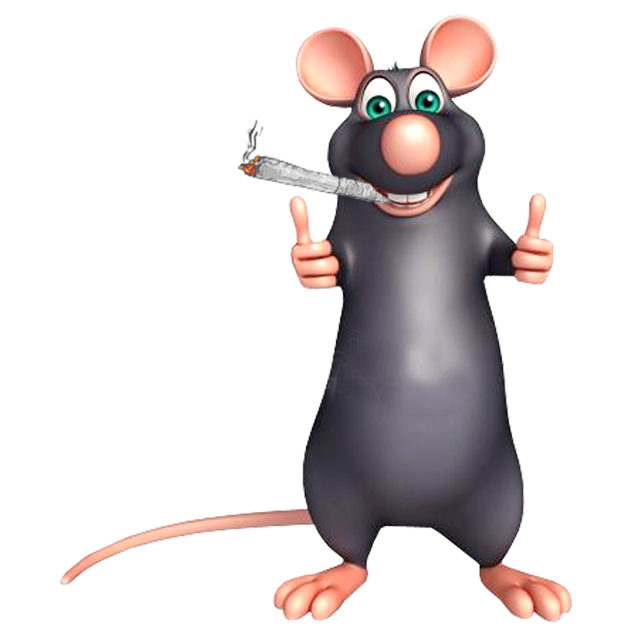 Good news. If you’re trying to kick an opioid, cocaine and/or alcohol addiction, a new study has found that the cannabidiol (aka CBD) in marijuana can help keep you from falling off the wagon.

If you happen to be a rat, that is.

A paper reporting the results of the study, done by a research team at the Scripps Research Institute in La Jolla, California, appeared in the journal Neuropsychopharmacology. Friedbert Weiss, the study’s lead author, called the study “pre-clinical.”

“The results provide proof of principle supporting the potential of CBD in relapse prevention along two dimensions,” he said, “beneficial actions across several vulnerability states, and long-lasting effects with only brief treatment.”

Weiss said that drug and alcohol relapse occurs in people for multiple reasons, and “therefore, effects such as these observed with CBD that concurrently ameliorate several of these are likely to be more effective in preventing relapse than treatments targeting only a single state.”

Staying drug-free is a constant battle for recovering addicts, especially when they find themselves in drug-related settings or experience stress or anxiety.

According to a story on the work in Science News, Weiss and his research associate Gustavo Gonzalez-Cuevas applied a gel containing CBD once a day for a week to the skin of rats in the study. The rats had a history of voluntary daily alcohol or cocaine self-administration and “addiction-like” behavior.

The researchers then put them through various tests to see how they reacted to anxiety-provoking situations and situations that trigger impulsivity, a behavior associated with drug addiction.

The researchers also found that although CBD was completely cleared from the brains and plasma of the rats three days after CBD treatment was completed, the rats that had been treated with CBD still showed a reduced rate of relapse induced by stress or drug cues five months later. The researchers said this was “quite unexpected.”

“The efficacy of the cannabinoid CBD to reduce reinstatement in rats with both alcohol and cocaine — and, as previously reported, heroin — histories predicts therapeutic potential for addiction treatment across several classes of drug,” Weiss said.

Unfortunately, promising findings in rat studies don’t always carry over to humans. Still, the results are a big deal. Opioids and cocaine account for the overwhelming majority of the more than 64,000 drug overdose deaths in the U.S. in 2016. And there are several million alcoholics in the country.

The fact that CBD seems to work on all three conditions means that if the findings carry over to humans, CBD might turn out to be a silver bullet therapy in addiction treatment.

Which got me wondering: Is it possible that the source of its non-addictiveness is the presence of CBD, or some of the dozens of other cannabinoids in pot?

The THC and CBD content of recreational marijuana sold in Colorado is printed on the label. Frequently there isn’t any CBD in recreational pot, because it’s been bred out since it doesn’t produce a THC-like high, but it still obviously has pharmacological effects in the brain (ask Weiss’s rats). Just guessing, but it may be some of the other cannabinoids produce similar effects to CBD and work synergistically with it. The presence or absence of these in recreational pot is usually unknown, since they’re almost never tested for.

If the feds are serious about fighting addiction, the folks at the FDA and the National Institute of Drug Abuse should get off their butts and fund the sort of comprehensive research on marijuana that should have been done decades ago.

Fortunately, recreational marijuana strains with a substantial CBD content are becoming easier to find. And anti-addiction issues aside, I think the presence of CBD adds something to the high; they remind me of the pot we used to get in the ’60s, but without the piquancy that was added by being shipped to Boulder in the tires of an 18-wheeler. Try Mob Boss X, Harley Cookies or Electric Suzi Q.