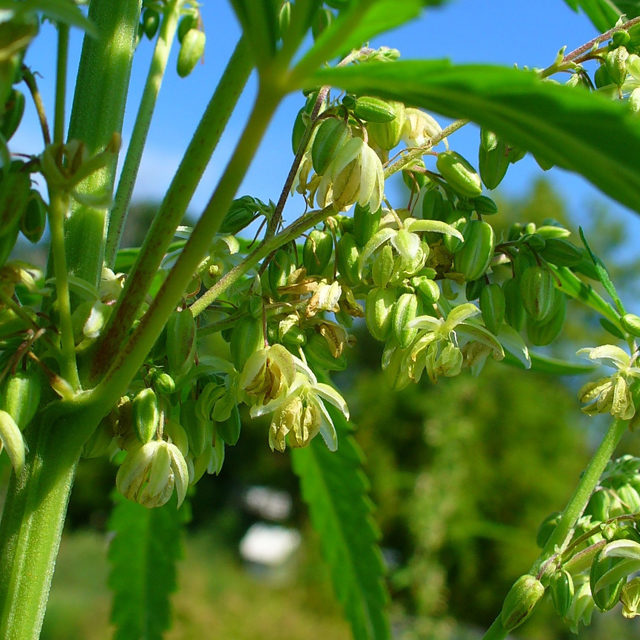 On Tuesday, Dec. 11, the U.S. Senate passed the 2018 farm bill, an 807-page, $867 billion measure that, among other things, ended the decades-old ban on the production of industrial hemp. The vote was 87-13. The House is expected to follow quickly, and Trump is expected to sign the bill into law.

Hemp is the part of the marijuana plant that was historically used to make rope and cloth (canvas and homespun). Meal made from the seeds was also used as livestock feed.

There is no biological difference between hemp and pot. They both are part of the Cannabis sativa and indica plants. Historically, marijuana was the plant’s flower (wrongly called ‘buds’), while hemp referred to the fibers found in the stalk.

Because hemp was the source of canvas used in ship’s sails, hemp was considered a strategic commodity until the mid-19th century. At the time, Kentucky produced the most hemp, and it would like to get back into the business, which explains why the legalization provisions were added to the farm bill by Senate Majority Leader Mitch McConnell (R-Kentucky).

Back in the day, if you wanted to produce marijuana (as opposed to hemp), you grew your plants a few feet apart from each other and pruned them to bush out and maximize flower production. The flowers are where the highest concentration of psychoactive THC (Tetrahydrocannabinol) is found.

If you wanted to grow hemp, you grew your plants close together, like grass, so that they grew up tall and stringy, which maximized fiber production.

Also, marijuana growers want to eliminate seed production, since the seeds, which aren’t psychoactive, form in the flowers. So they try to grow only female plants (usually produced by cloning). Hemp producers want to maximize seed production, since the seeds are valuable as a source of food and oil in their own right, so they don’t bother trying to get rid of the male plants.

Historically, hemp crops were low in THC, but they were not THC free; the close planting reduces the number of flowers in a hemp field and yields plants that don’t produce as much in the way of cannabinoids generally.

That’s the way things were historically.

Today, the cannabis varieties used to produce hemp have had the THC content bred out of them, which is what makes hemp legalization acceptable to a number of otherwise cannabis-hostile senators and representatives. The modern hemp plant is also bred for increased CBD (Cannabidiol) content, which is the non-psychoactive component of cannabis with a number of medicinal benefits.

The farm bill defines hemp as all parts of the cannabis plant having a THC content of no greater than three-tenths of a percent (0.3 percent).

(Actually, THC also has medicinal benefits, but we’ll save that discussion for another day.)

Here are the main hemp-related provisions of the farm bill as they were summarized by Vote Hemp, a hemp industry advocacy group:

–Define industrial hemp broadly to cover all parts of the cannabis plant including seeds, derivatives, extracts, cannabinoids, etc., as long as it has a THC level of 0.3 percent or less;

–Authorize and fund hemp research as part of the Supplemental and Alternative Crops program and the Critical Agricultural Materials Act;

-Require USDA to develop federal regulations for hemp farming that may be used in states that choose not to be the primary regulator;

–Require states wishing to have primary regulatory authority to submit a plan for regulation to USDA that meets minimum requirements.

Limited hemp production was allowed by the 2014 farm bill, and the industry today is worth about $800 million, mostly as a result of CBD production.

A story carried by NBC suggests that with legalization, hemp could balloon into a $20 billion industry within four years, with the plant being grown for fiber, feed, oil, CBD and hemp hurds. Hemp hurds, the cores of the stalk around which the fibers form, have value as a strengthening additive to concrete.

The American hemp industry, which had been a staple of American agriculture since colonial times and which in the 1930s was touted to grow into a billion dollar industry, was destroyed when marijuana was outlawed in 1937. Just another war crime of the war on drugs.