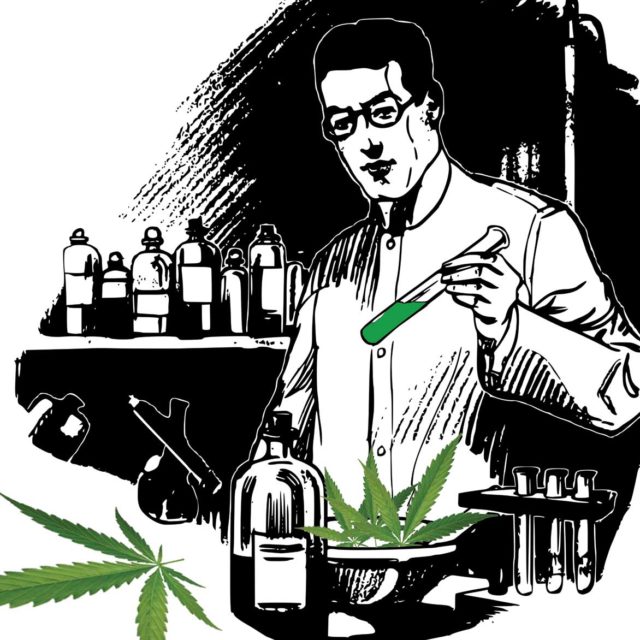 Other than the mass arrests (25 million and counting for pot alone since 1965), probably the ugliest thing that came out of the war on drugs has been the introduction of drug testing into American life.

This filthy, totalitarian practice has, to a large extent, become the new normal for people seeking everything from jobs to insurance.

It’s become so widely practiced by employers that Colorado’s Amendment 64, which legalized recreational marijuana in 2012, contained language specifically allowing companies to continue testing. (Politics is the art of the possible, and Amendment 64 would have drawn too much business opposition if it had prohibited employers from testing and firing pot users, even if pot use was legal.)

But now some of the businesses that test for marijuana and practice zero tolerance, are getting their comeuppance: It turns out they’re having a hard time finding employees.

According to a story that appeared earlier this year in the Washington Post, the McLane Company, a grocery supplier whose workers “drive forklifts and load hefty boxes into trucks” is finding that prospective hires at a warehouse it operates in Colorado keep failing drug tests.

“Some weeks this year, 90 percent of applicants would test positive for something,” according to Laura Stephens, a human resources manager for the company. A positive test disqualified the applicants.

“Finding people to fill jobs is really challenging,” she said.

She added that companies such as hers, where employees operate heavy equipment, continue to test for marijuana out of concern for everyone’s safety.

McLane uses “follicle tests,” which look for pot traces in a hair sample. Such tests can detect marijuana traces three months or more after someone smokes. The test tells you nothing about whether someone is high, impaired or hung-over on the job, which is what really matters if the company is concerned about safety.

If safety is the issue, the company should test for impairment before a worker starts a shift. Video-game-like devices that do this have been on the market for 20 years, and reveal impairment from all sources, not just pot.

The fact that the company doesn’t use these devices means that when it comes to safety, it’s blowing smoke.

According to Quest Diagnostics, the lab which conducted 10 million drug tests from across the country last year, two percent of the samples they tested were positive for marijuana. Compare that with McLane’s experience of 90 percent of prospective employees testing positive.

One reason for the difference is that most of the tests that Quest conducts are urine tests, which are much easier to defeat, either by drying out for a few weeks before the test or substituting a clean sample.

What this suggests is that large numbers of people who are required to take drug tests to get a job cheat — which means their employers are hiring employees who began their relationship with the company by lying to the boss. In other words, millions of employer-employee relationships begin with mutual distrust and deceit. Hell of a way to run a company.

Truck and school bus drivers are required by law to prove they don’t have pot in their systems before they’re hired. According to Curtis Graves, the information manager at the Mountain States Employers Council, “some employers are extremely worried about filling jobs” that require a test.

Well, here’s a way to take some of the challenge and worry out of filling all those jobs: set the pay for workers who are required not to use drugs high enough to make it worth their while not to get high.

Alternatively quit trying to tell people how to live their lives when they’re not at work.