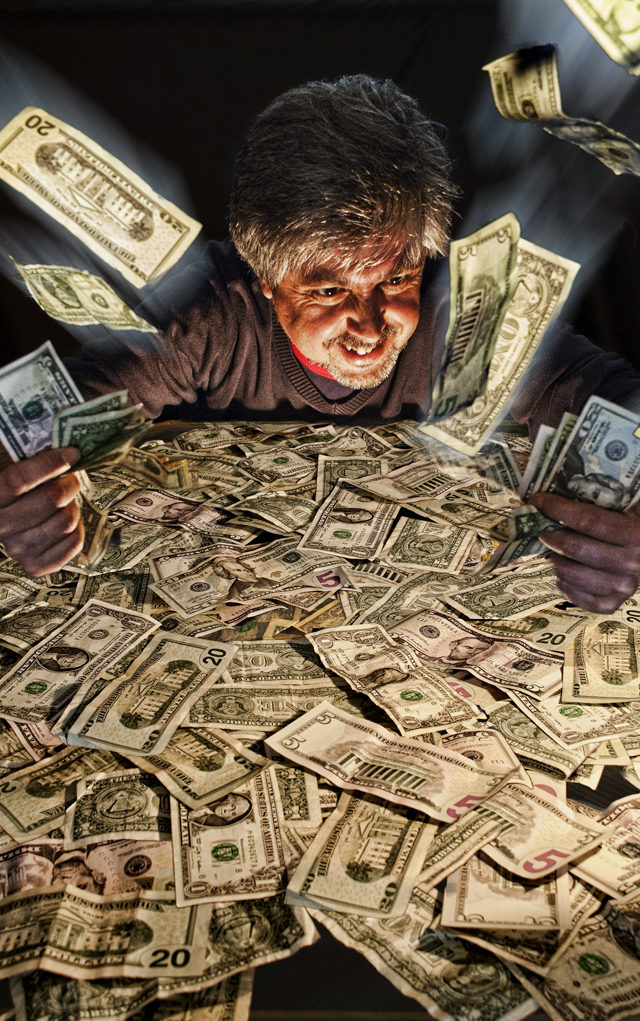 GW Pharmaceuticals, the U.K.-based company that recently got the first marijuana-based medication approved by the Food and Drug Administration, has announced its price: $32,500 a year.

The medication, called Epidiolex, is a cannabidiol (CBD)-based drug that was approved as a treatment for epilepsy. It’s price deserves a “WTF” rating for two reasons.

The first is how it compares with the price of high-CBD marijuana strains that epilepsy patients can currently buy.

According to the Colorado Epilepsy Foundation, the high-CBD pot strain Charlotte’s Web will cost an epilepsy patient anywhere from $100 to $600 a month ($1,200 to $7,200 a year) depending on the dosage. In other words, Epidiolex will cost a patient 4.5 to 27 times as much as high-CBD pot.

For that price you would think that Epidiolex would contain some secret sauce that wasn’t present in plain old pot and takes it to another level.

It doesn’t. According to the website drugs.com, Epidiolex’s only active ingredient is cannabidiol, a cannabinoid that, unlike THC, doesn’t get you high but has a number of medicinal benefits.

So GW Pharmaceuticals is producing a product that 1) has the same active ingredient as a low-THC marijuana, but 2) comes with sesame and 3) contains no added gluten, and 4) costs as much as 27 times more than pot?

Wow. It’s kinda like McDonald’s setting the price of a Big Mac at 27 times the cost of the all-beef paddies, because it comes with a sesame seed bun. (At least McDonald’s has the decency to throw in the gluten.)

In other words, the principal justification for the price differential is that Epidiolex has FDA approval and Charlotte’s Web does not.

That alone rates a 44-caliber WTF.

The second reason Epidiolex’s $32,500-a-year price rates a WTF is the reason GW Pharmaceuticals gave for setting it.

“We wanted to make sure we were pricing Epidiolex in such a way where the means to access this medication would be consistent with branded epilepsy drugs these patients already use,” GW’s CEO Justin Gover told the Wall Street Journal.

I got my geezer card years ago, but there’s nothing wrong with my long-term memory. And the first thought that came to mind when I heard Brother Gover’s pricing justification went way back to 1962: JFK and the steel companies.

In April 1962, American steel companies, which had been fixing their prices for decades, decided to perpetrate another price increase.

First one company — U.S. Steel, if memory serves — raised its price. Then the others matched the increase. But it was the reason U.S. Steel’s fellow colluders gave for doing it that 56 years later still floors me.

They said they were raising their prices “to remain competitive.”

You heard that correctly. The other steel companies said they were raising their prices “to remain competitive.”

President Kennedy was not amused, and he wasted no time using the presidency’s bully pulpit to cut the steel industry a second asshole. And just to show he meant it, he told his brother Robert Kennedy, who happened to be Attorney General at the time, to start an anti-trust investigation of the industry.

Big Steel blinked and cancelled its price increase. The reason it gave to cancelling the increases was — wait for it — “to remain competitive.”

GW Pharmaceuticals justification for its obscene price gouging on Epidiolex is no different than the steel industry’s justification of its price fixing in 1962: It is claiming, in so many words, that it intends to “compete” by meeting its competitors prices instead of underselling them.

There doesn’t seem to be much more in Epidiolex than in Charlotte’s Web-based edibles — CBD extract, vegetable oil, sugar, fruit flavoring — and chances are it isn’t much harder to make. But rather than pricing it to compete with marijuana edibles, the GW chose to price it to compete with existing epilepsy drugs, whose prices are also probably rip-offs.

Drug companies like to call their products “ethical pharmaceuticals.” WTF squared and cubed.