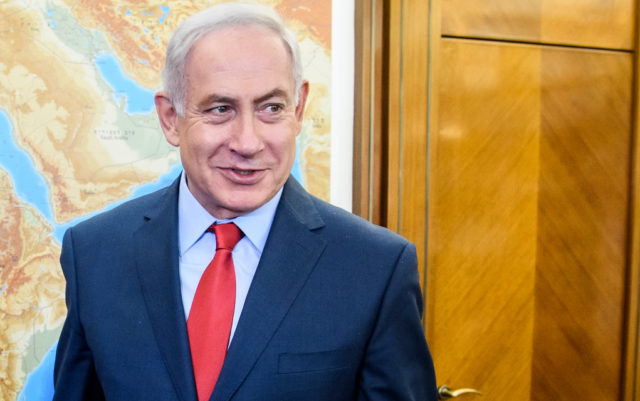 A week before Israelis went to the polls for the third time in less than a year — the previous two elections failed to produce a coalition of parties with enough seats to form a government — incumbent Prime Minister Benjamin Netanyahu’s views on marijuana legalization “evolved.”

According to Jacob Sullum writing in Reason, a libertarian magazine, Netanyahu announced that his caretaker government was studying legalization of marijuana for recreational use, following a model similar to Canada’s.

Netanyahu tweeted in Hebrew that Amir Ohana, Israel’s Justice Minister, “has begun work on the issue, and he will head a committee including professionals and Oren Leibovich, chairman of the Green Leaf Party, that will investigate importing the Canadian model for regulation of a legal market in Israel.”

The tweet also called for expunging tens of thousands of criminal records of marijuana possession convictions.

The inclusion of the Green Leaf Party’s Leibovich on the study committee is notable. The Green Leaf Party is a splinter party whose raison d’être was marijuana legalization, although it subsequently broadened its interests to include other libertarian and green issues.

The party has been around in one form or another since the 1990s, but has never won a seat in Israel’s 120-seat parliament, the Knesset. However, in each of two previous elections it attracted more than 45,000 votes.

Heading into the latest election, which was held last Monday, Netanyahu’s Likud Party was engaged in a torrid, nasty campaign against the Blue and White Party, a recently formed party headed by Benny Gantz, a former Israeli army chief of staff, which left the two parties scrambling for every vote.

Following Netanyahu’s tweet, Green Leaf Party leader Leibovich said he believed “that this week we made a significant step on the path to a legal cannabis market in Israel.”

“I think this is something that should have been done a long time ago, and I appreciate the prime minister who paid attention, met with me, heard me and made the right decision,” he added.

Leibovich also said that he made overtures to every party (there were more than two dozen competing in the election) but that Netanyahu was the only politician that showed any interest. The Green Leaf Party didn’t run candidates in the latest election.

So how did “evolution” on marijuana legalization work out for Netanyahu? Evolution is driven by the survival of the fittest, and by that measure Netanyahu’s evolved view sure didn’t hurt him. With more than 99% of voting precincts reporting, his Likud Party was on track to win 36 seats, up from the 32 Likud won in September 2019. Moreover the coalition of right-wing parties led by Likud was on track to win 59 seats, two seats short of the 61 needed to form a government, but a seven-seat improvement from what the bloc won in the September 2019 election.

As in the United States, recreational marijuana legalization isn’t an issue uppermost in very many voters’ minds when they decide how to cast their ballots. The Green Leaf Party’s 45,000-plus-vote hauls in earlier elections is probably a measure of the upper-number of “pot rights first” voters in Israel. But there is probably a larger pool of late deciding voters for whom marijuana legalization may have been a tie-breaking issue.

It will be interesting to see if the post-election analysis will be able to sieve out the impact of Netanyahu’s marijuana evolution on the final outcome. But it’s already pretty obvious it didn’t hurt.

It will also be interesting to see if Trump chooses to take a page out of Netanyahu’s playbook when it comes to pot. Bernie Sanders has been making federal marijuana legalization on day one of a Sanders presidency a major talking point of his campaign.

The Controlled Substances Act explicitly gives the president the authority to remove a drug from regulation under the act by executive order. Sanders sees this as a way of mobilizing younger voters, who overwhelmingly favor legalization but who historically under-perform when it comes to voting. Trump could preempt him on the issue by doing it himself before the election. And since both Biden and Bloomberg want to keep marijuana illegal, promising to delist marijuana would be a way of appealing to disgruntled Sanders supporters if either managed to wrest the nomination from Bernie.