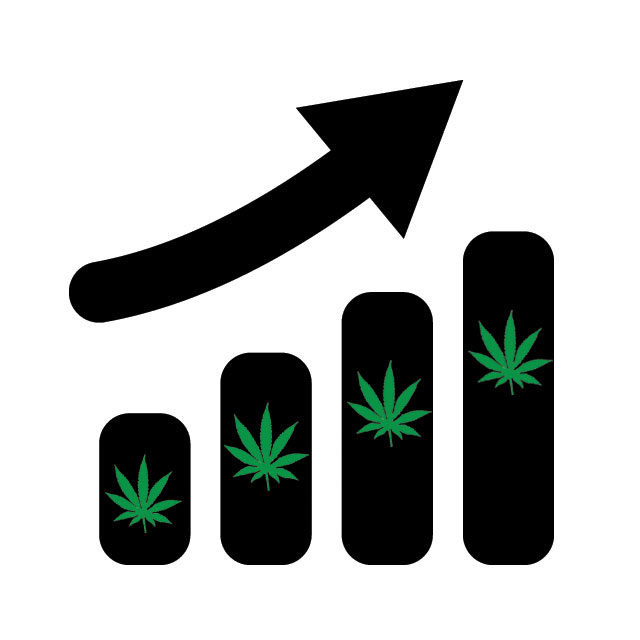 The Gallup organization’s latest poll on marijuana legalization has found that Americans now favor legalizing pot by a two-to-one margin, an all-time record.

Not only are the numbers the highest in Gallup’s 49-year history of polling on marijuana legalization, I think they are the most favorable of any national poll ever taken on the subject. Earlier this month, a Pew Research poll found 62 percent support for legalizing pot.

But, man, what a long, agonizing trip it’s been. Gallup first asked a marijuana legalization question in 1969. At the time just 12 percent of Americans favored legalization. Support rose into the 20 percent range in the 1970s, and stayed there for the next 25 years. It didn’t start to grow again until the year 2000, and in 2013, the year after Colorado voted to legalize recreational marijuana, national support for legalization finally breached 50 percent.

Democrats and Independents were overwhelmingly in favor at 75 percent and 71 percent respectively.

Gallup also found that a big jump in the number of older Americans who supported legalizing marijuana to 59 percent from 50 percent in 2017, but the number should be taken with a grain of salt. That’s because Gallup defines its “older Americans” demographic as those over age 55. Most other national polls define it as those over 65, and those polls usually find that among Americans eligible for Social Security, legalizing pot is still a minority opinion.

One of the bigger changes in the survey was in regional support for ending pot prohibition. In most previous Gallup polls, there was 10 to 15 percent greater support for legalization on the East and West coasts than in the South and Midwest. This year there is virtually no difference between the regions. The Midwest, South and West all clocked in with 65 percent support; the figure for the East was 67 percent.

“Like support for gay marriage —and in prior years, interracial marriage — support for marijuana legalization has generally only expanded, even if slowly, over the course of multiple decades,” Gallup commented in its press release, “raising the question of where the ceiling in support might be.”

Actually that probably isn’t a question that’s all that hard to answer. Every year about 2 million Americans die of old age and about 4 million reach adulthood. Those who pass on are the cohort most opposed to legalizing pot, while the larger group coming of age is the cohort most in favor.

A poll taken by CNN a while back found that 18 percent of Americans supported reinstating alcohol prohibition. The final number of pot prohibitionists will probably be about that low.

Speaking of polls, a poll taken in North Dakota that was released last Sunday found the state’s ballot initiative to legalize recreational marijuana ahead by a 51 to 36 margin. But don’t break out the Doritos just yet. North Dakota is one of the most socially conservative states in the country, and out-of-state pot prohibitionists have been spending big bucks to defeat the initiative. It’ll be interesting to see if legalization in Canada, which has a common border with North Dakota, has a positive or negative effect on the outcome.