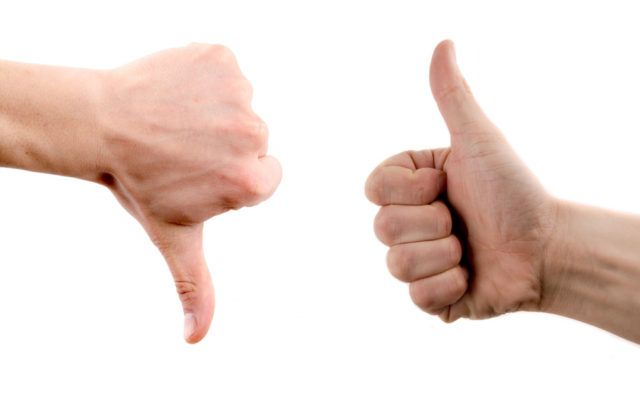 Good news: A petition drive to legalize recreational marijuana in North Dakota has succeeded in putting the measure on the state’s November ballot. Activists needed 13,452 signatures to qualify for the ballot. Last month they turned in more than 18,000.

North Dakota uses a random sampling method to determine if an initiative has a sufficient number of signatures. In the case of the pot petition, it found that 15,039 signatures were valid.

NORML Executive Director Erik Altieri put out a statement saying he expected “North Dakota voters to send shockwaves across the country this fall” by approving the initiative.

North Dakota is one of the country’s more socially conservative states, so passage of the initiative would certainly send shockwaves. But passage isn’t going to be a slam dunk. A poll taken earlier this year found North Dakota voters supported legalization by a 45-to-39-percent margin, with 15 percent undecided. That level of support typically isn’t high enough to assure passage of a ballot initiative, especially if the initiative attracts organized opposition. On the other hand, the poll was probably taken before Canada, which shares a border with North Dakota, legalized pot.

Michigan will also have a recreational marijuana legalization measure on their state’s ballot this year, and Utah and Missouri voters will also be casting ballots on medical marijuana initiatives.

Bad news: Oklahoma will not be voting on whether to legalize recreational pot this year. It turns out that the group circulating a legalization petition was lying when they said they had gathered more than the necessary number of signatures to get on the ballot.

On July 29, the group Green The Vote announced that it had collected 132,527 signatures for State Question 797, which would legalize recreational marijuana in Oklahoma. They needed about 124,000.

But last week the group’s leaders admitted that they had inflated the number of signatures they had gathered in order to keep their cadre of petition circulators engaged. The actual number of names they collected is closer to 73,000-78,000.

This obviously will not do the credibility of the legalization movement in Oklahoma any good. Chances are recreational marijuana in the Sooner State will be coming later rather than sooner.

Back in the ’60s, before everything went to hell in Lebanon, the country’s Beqaa Valley was famed for its hashish. Today, not so much. A generation of civil war, the rise of puritanical Islamic militants like Hezbollah, and international pressure on the Lebanese government to crack down on drug production pounded down hash output.

But now the legalization movement has reached Lebanon. Last month Lebanese lawmaker Antoine Habchi introduced a bill in parliament to legalize marijuana production in the country.

The aim of the legislation is to “allow farmers to live in dignity,” he said.

Despite everything, hash production has never been totally wiped out in Lebanon. If there’s any doubt on this point, the Associated Press noted in its story on Habchi’s bill that there are more than 40,000 arrest warrants out against locals in the Beqaa Valley.

Heh! — Drug war tweety birds have claimed for decades that legalizing marijuana would lead to more accidents in the workplace. Like a lot of pot prohibitionist claims, a new study has found the opposite to be true.

The study, which will be published in the International Journal of Drug Policy in October, found that workplace deaths declined by about 34 percent five years after a state legalized medical marijuana, with the trend being most pronounced among workers between ages 25 and 44.

The study’s authors are D. Mark Anderson of Montana State University; Daniel I. Rees, of the University of Colorado, Denver; and Erdal Tekin, of American University, Washington D.C.

The researchers, who analyzed data from the Bureau of Labor Statistics from 1992 to 2015, think the reason for the decline is workers using marijuana as a substitute for alcohol and prescription drugs to deal with pain.