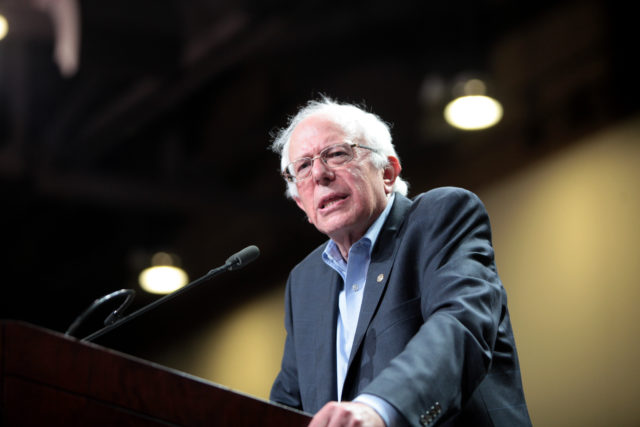 Smoke ‘em, all, Smoke ‘em all,
The long and the short and the tall…
— with apologies to George Formby

Over the weekend Gov. Jared Polis, who is nothing if not a great friend of marijuana reform, stood up a Facebook post informing that “it’s possible to cultivate a cannabis bonsai” and linking to articles telling you how to do it.

“Coloradans have a constitutional right to grow up to six marijuana plants per adult in your home. So does a marijuana bonsai count as half a plant or a full plant?,” the Gov. asked dryly. “Don’t test your luck.”

One of the linked-to articles was a piece at Royal Queen Seeds (royalqueenseeds.com) titled “How To Grow A Marijuana Bonsai” that covers the basics.

One of the key points is that a bonsai of any type requires the use of a small pot, because limiting the space for root growth is a key factor in keeping the plant miniature.

High Times Magazine, on the other hand, has printed a couple of pieces on how to grow giant marijuana plants. One of them, titled “Giant Plants of Southern Oregon,” shows a picture of a grower identified as Lambsbread standing on a 10-foot ladder and checking the top of a 14-foot-tall plant that had been pruned into a tree. (The variety was identified as Lemon Kush.)

Lambsbread and other growers in the region are into giant plants because Oregon law limits the number of plants they can be growing at any given time to six. So they go large. The plants will produce five to seven pounds of flower each.

The plants are started indoors and are not transplanted until they reach a height of 5 feet with a 2-foot deep root system in a grow bag.

They are transplanted into an 8-foot diameter hole. The top 8 inches of top soil from the hole are removed and replaced with premium organic soil optimized for pot growing.

It turns out the growers of giant plants have one thing in common with bonsai growers; the size of “pot” (the hole in this case) is a crucial factor in determining whether the plant will be a giant or miniature.

According to the Royal Queen Seeds article, the word “bonsai” means “planted in container” in Japanese, so maybe a plant contained by a rototilled, soil amended hole functioning as a virtual pot can be viewed as a giant bonsai tree.

It’s sometimes forgotten that the federal criminalization of marijuana could be ended with a stroke of a presidential pen.

Now Bernie Sanders has become the first presidential candidate ever to say he would do just that.

The federal Controlled Substances Act, the law which classifies marijuana in the same category as heroin (as a Schedule 1 controlled substance), also contains a clause authorizing the president to reschedule or de-schedule  marijuana or any other drug by executive action.

In a marijuana reform plan released last Thursday, Oct. 24 (at 4:20 p.m. EDT, natch) Sanders said he would entirely remove marijuana from the Controlled Substances Act within the first 100 days of taking office.

“Today, the government considers marijuana as dangerous as heroin,” Sanders tweeted. “That’s idiotic. As president I will immediately issue an executive order to declassify marijuana as a controlled substance.”

The process of severing marijuana from the Controlled Substances Act by executive action requires recommendations from other federal officials, most notably the Secretary of Health and Human Services (HHS). Sanders evidently recognizes this, because he said he will nominate HHS secretary, attorney general and Drug Enforcement Administration administrators, “who will all work to aggressively end the drug war and legalize marijuana.”

“It is time to admit the criminalization of marijuana was a disaster, especially for communities of color, and allow the most impacted to move forward with their lives,” Sanders writes in his plan. “Our job now is to legalize marijuana and vacate and expunge past marijuana convictions, and ensure that revenue from legal marijuana is reinvested in communities hit hardest by the War on Drugs.”