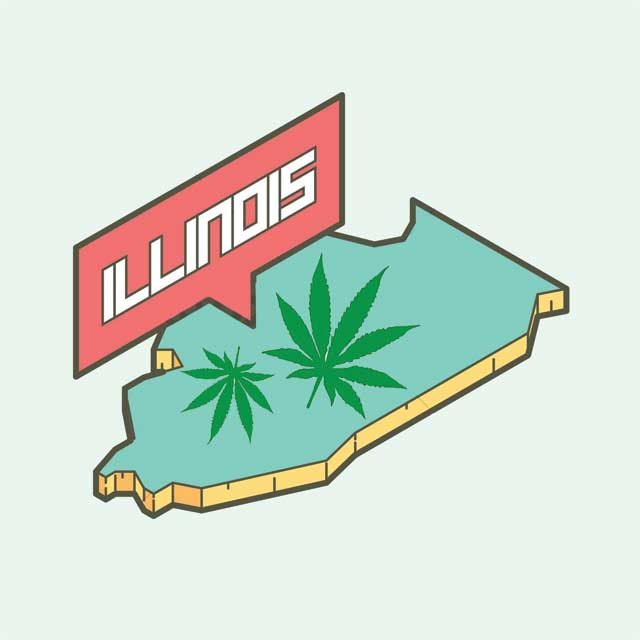 Good news. A state legislature has finally gotten a recreational marijuana legalization bill across the finish line this year.

After failures in three “New” states (New Jersey, New York, and New Mexico), the Illinois legislature made it happen.

A successful vote in the state House of Representatives last Friday sent the bill to the governor’s desk. The vote was 66 to 47. Two days earlier the bill was approved by the state Senate 38 to 17.

Illinois Governor JB Pritzker, who had made legalization part of his campaign last year, said he would sign the bill. When he does, Illinois will become the 11th state to have legalized recreational marijuana.

“The state of Illinois just made history,” he tweeted, “legalizing adult-use cannabis with the most equity-centric approach in the nation. This will have a transformational impact on our state, creating opportunity in the communities that need it most and giving so many a second chance.”

Of the 10 states that previously legalized marijuana, only Vermont did it through action by the state legislature. In the rest it was legalized by a citizen initiative.

However, Vermont legalized possession and home cultivation but not commercial sales. The Illinois legalization bill is the first passed by a legislature to do so.

According to a summary of the Illinois bill’s main provisions put out by the Marijuana Policy Project, Illinois legalized personal possession of 30 grams of marijuana, cannabis-infused products containing no more than 500 milligrams of THC, or five grams of cannabis product in concentrated form.

Non-residents will be able to purchase half those amounts.

In this respect the Illinois bill was roughly similar to Colorado’s Amendment 64, the country’s first recreational marijuana measure, which was passed by the voters in 2012.

Illinois’ pot taxes will be based on the relative potency of the pot and the type of product.

In all cases the state’s 6.25 percent sales tax would apply, as would local taxes up to 3.5 percent.

The original bill would have allowed home cultivation of recreational marijuana, but that provision had to be scaled back to medical pot, with a cap of five plants per household in order to secure enough votes for passage. It sucks, but politics is the art of the possible.

Sales will begin on Jan. 1, 2020, with existing medical marijuana dispensaries leading the way until additional licenses can be issued.

A place where the Illinois bill differs from Colorado’s is that it provides for the expungement of hundreds of thousands of marijuana possession convictions. Colorado didn’t get around to expungements until recently, and only then in some communities. Illinois convictions for possession of up to 30 grams will be automatically expunged. For amounts of 30-500 grams, the state’s attorney or the individual can petition a court to vacate the convictions. Around 770,000 cases would be eligible for expungement.

And then there are the “social equity” provisions, which among other things, provide a pathway into the commercial marijuana business for people with prior marijuana convictions. The bill provides “additional points” persons applying for business licenses (presumably like the additional points veterans have gotten on civil service applications). It also gives them access to financial resources for start-up costs, and provides resources to communities that were hardest hit by the war on pot.

Also, local colleges could obtain licenses for training programs to help residents prepare for cannabis industry-related jobs. The state Department of Agriculture and Community College Board will create up to eight pilot programs to train students to work in the legal cannabis industry. At least five of the eight programs must be for school where at least 50 percent of the students are low income.

It’s no secret that blacks and Hispanics were disproportionately busted for pot during the drug war. Giving some of those who were targeted preferential access to the new pot industry is a form of reparations, and in a good way.