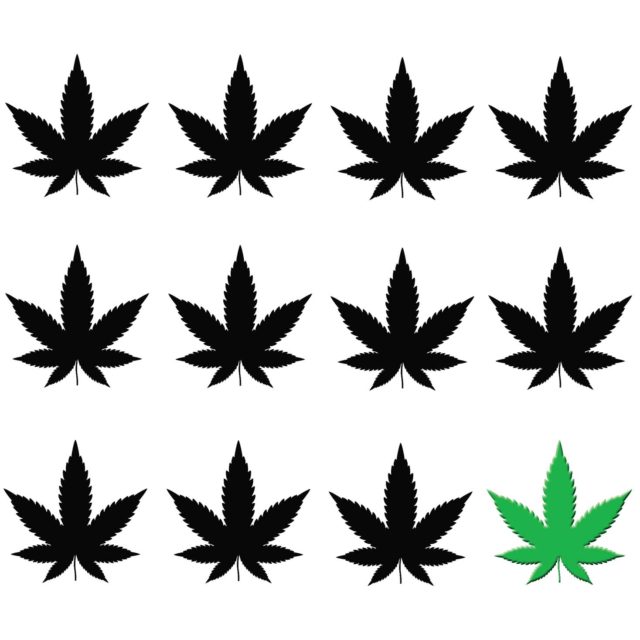 Illinois became the 11th state to legalize recreational marijuana, setting off an immediate round of speculation over which state might be the 12th, and when it might happen.

There are a lot of candidates.

Currently legalization initiative drives are cranking up in at least four states: Arizona, Arkansas, Montana and Florida. A fifth state, New Jersey, might also vote on legalization; after the effort to legalize marijuana in the state legislature fizzled, pro-legalization lawmakers announced they would try to get the legislature to put a legalization measure on the state ballot in 2020 and let the people decide.

None of these are slam dunks. Arizona voters narrowly defeated legalization in 2016. Supporters appear better organized this time. Ditto for opponents.

In Montana there will be two competing petition drives, echoing an Arizona misstep in 2016. When there are two similar proposals, voters who haven’t been closely following the issue tend to be more skeptical and vote “no” instead of taking the time to evaluate them. A Florida initiative will have to take the form of a state constitutional amendment, which requires at least 60 percent majority to pass. (And maybe a 67 percent majority. The Florida legislature passed a bill during the last session raising the bar, which will almost certainly be challenged in court.) As for Arkansas — it’s a red state with a populist streak; passage isn’t impossible but it’ll be an uphill fight.

There’s one thing that these four states have in common: They all voted for Trump in 2016. The demographic most likely to support marijuana initiatives, 18- to 30-year-olds, is also the demographic least likely to vote period. It’s also the demographic most likely to vote against Trump as things now stand. Experience in states that have legalized by vote of the people shows that a legalization initiative on the ballot boosts turnout among young voters. It wouldn’t be surprising to see Democrats directing support and money toward these initiatives in the 2020 cycle -— and putting some on the ballot in other states as well.

Legalization via a state legislature was a big disappointment this year, with failed attempts in New Jersey, New York, New Mexico, Connecticut, New Hampshire and Rhode Island, among others.

But the issue will be considered again in New Mexico, where a legalization bill passed the state house, but died in a state senate committee last spring. Democratic Gov. Michelle Lujan Grisham has announced she intends to have legalization on her call for the 2020 “short session” (30 days) of the legislature. The governor’s call largely determines what bills will be considered during a short session.

Gov. Lujan also formed a “Cannabis Legalization Working Group,” composed of lawmakers, industry stakeholders and law enforcement officials to study how best to address public safety and other concerns raised by opponents in a legalization measure.

In other words, New Mexico legalization supporters will come to next year’s fight with active participation by the governor and with a bill that addresses the issues that were successfully used by opponents in the past.

Sounds like a good strategy, and if it works it will probably be adopted in other states.

The longest journey begins with a single step: The House Judiciary Crime, Terrorism, and Homeland Security Subcommittee was scheduled to hold a hearing on July 10 on proposals to allow states to set their own marijuana policies without fear of federal intervention.

According to the Marijuana Moment website, the hearing is titled “Marijuana Laws in America: Racial Justice and the Need for Reform.”

The committee isn’t expected to vote on a bill, but just the fact that a hearing is being held is progress. And in the future the committee could consider actual bills, including the House version of Colorado Senator Cory Gardner’s bill to protect state legalization laws from federal interference.