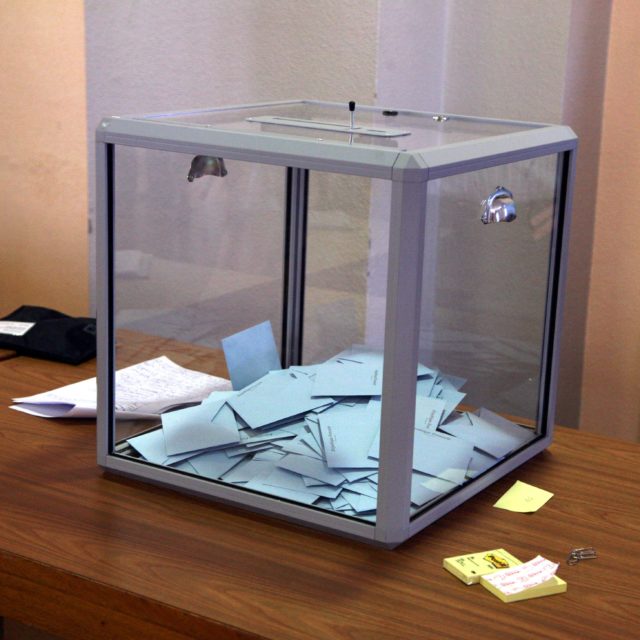 Back in December, when Israel declared that it would hold a national election (scheduled for April 9), a political party named Zehut was so far out in right field that no one took it seriously.

Early polls didn’t even bother including the party’s name among the parties they asked voters about.

And boy are they taking him seriously now.

Some background: Israelis don’t vote for individual candidates for the country’s 120 member parliament, the Knesset. They vote for a party. Each party competing in the election puts up a list of candidates. Voters cast their ballots for a single party’s list out of all the competing lists (there can be a dozen or more). Seats are distributed among the political parties on the basis of strict proportional representation; if a party gets 25 percent of the vote, it will get 30 seats, which will go to the first 30 candidates on its list. In order to qualify for any seats, a party has to get a minimum of 3.25 percent of the vote.

Before Feiglin started talking about marijuana last month, no one thought Zehut could meet the 3.25 percent threshold to qualify for a single seat.

The most recent polls show it winning four or five seats.

And that is a much bigger deal than the numbers suggest. That’s because this year’s election is shaping up as a glove-tight contest between conservative and leftist party blocs for enough seats to form a governing coalition. And a lot of Israeli politicos are now saying Feiglin and Zehut will hold the swing votes.

So suddenly every major politician in Israel is talking about pot.

Netanyahu has announced that he’s “studying” legalization, and will have an announcement soon. (The study seems to consist of polling on how Israelis feel about legalization.) Finance minister Moshe Kaholon says pot-related offenses should be expunged from people’s records. The center-left Blue and White Party, which until recently was the favorite to best Netanyahu’s Likud and lead the next government, refused to rule out legalization.

Feiglin, for his part, says he won’t commit to supporting either Netanyahu or Blue and White leader Benny Gantz, saying that although he’s never used marijuana he will only join a coalition that will legalize pot.

Zehut (the party’s name means “identity” in Hebrew) is not a one-issue party and Feiglin is most certainly not a one-issue candidate. The party is robustly libertarian on social and domestic issues and ferociously nationalistic and hawkish on security and foreign policy.

Prior to the election Feiglin wrote a 300-page manifesto that’s currently a best-seller in Israeli bookstores. Domestically, in addition to marijuana legalization, he wants to dramatically reduce the size of Israel’s government and increase competition is most areas, including allowing greater school choice with a voucher system and cutting back the role of the Rabbinate in a number of areas that Western countries consider secular.

“I am emphatically opposed to any coercion, certainly to religious coercion,” one Zehut billboard reads, adding “I want you to be who you are.”

Then there’s the party’s national security and foreign policy agenda, which includes canceling the Oslo Accords with the Palestinians, annexing the entire West Bank, and building a synagogue on the Temple Mount.

Feiglin acknowledges that marijuana legalization is a “colorful” issue but adds that for him it represents the broader concept of reducing government intervention in people’s lives.

The Jerusalem Post asked some 30-somethings why they are supporting Feiglin and Zehut, and their answers suggested that the marijuana issue connects them with the boarder libertarian themes.

One, who gave his name as David, a father working in the tech sector, put it this way: “For me, personally, it’s no secret that I enjoy smoking a little pot here and there, and it would be nice to do it and not be a criminal,” he said. “It should just be another thing available for medical and recreational use, and politicians should get their noses out of it. If they want a tax cut of the profits, they should get that, because they always do. But I don’t want to be told how to live my life.”