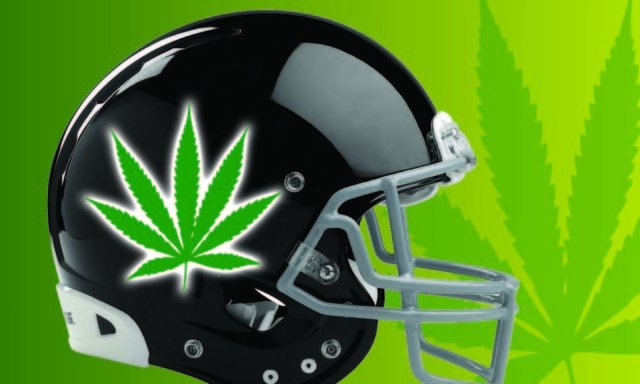 Jerry Jones, the owner of the Dallas Cowboys, may have just stumbled on a way to make the Cowboys America’s Team again.

And it involves marijuana.

According to multiple press reports, Jones told a recent meeting of National Football League team owners in Phoenix that he wants the league to get rid of any and all of its penalties related to marijuana use.

The report is unofficial — the meeting was closed — but Pro Football Talk’s Mike Florio reported the source was a person who heard Jones’ remarks at an executive session of the league’s Finance and Compensation Committees.

The NFL bans players from using marijuana regardless of whether it is legal for either recreational or medical purposes in a team’s state. Every player in the league is drug tested at least once a season, and those who have flunked a test or are caught with pot are tested more often. Players who flunk a test are fined and receive counseling. Under the current policy, a player can be suspended after a fourth failed test.

According to Sports Illustrated, for every player suspended, five to 10 others enter and exit the league’s “intervention program.”

Some of the other owners initially reacted to Jones’ proposal by pointing out that the issue falls under the league’s collective bargaining agreement with the NFL players association, which isn’t up for re-negotiation until 2020. Which sounds like a nice way of kicking the can down the road.

“We sent the union last spring, several pages of issues we wanted to address,” Goodell said. “As the league and as ownership and I expect — and we put on that list drug policy as one of those issues — so we would love to engage, but I think what we’re seeing is a reason why we should all sit down and get at the table and begin negotiations so that if we want to reach a different policy on either the drug policy or any other matter, we can all begin that earlier and do it in a way that’s responsible.”

Not exactly an economy of words there, but you get the idea.

Both the players association and a growing number of ex-players have been pushing for the league to lighten up on pot, including former Denver Broncos quarterback Jake Plummer and former New Orleans Saints and Miami Dolphins running back Ricky Williams, a Heisman Trophy winner who endured multiple suspensions — and who claims to hold the world’s record for the number of drug tests taken — at more than 500.

But Jones entering the fray could be a game changer. The Dallas Cowboys’ owner is considered one of the most powerful men in professional sports. His opinions carry a lot of weight, and he is not shy about sharing them.

It’s not clear what prompted Jones to raise the issue at this time. The fact that three Cowboys players — linebacker Rolando McClain, and defensive ends Demarcus Lawrence and Randy Gregory — were hit with suspensions for substance abuse violations last season may have been a factor. If Sports Illustrated’s rule of five to 10 “interventions” for every suspension holds, anywhere from a quarter to a half of the Cowboys may have been caught inhaling.

The fact that public opinion on marijuana has undergone a sea change — multiple polls have found about six in 10 Americans want to see recreational marijuana legalized — almost certainly was a factor as well. At least eight of the NFL’s 32 teams — the Broncos, Seahawks, 49ers, Raiders, Chargers, Rams, Patriots and Redskins — are in towns with legal recreational marijuana. About 15 more, including teams in Florida, New York, Pennsylvania, Ohio, Michigan, Minnesota, Maryland, Illinois and Arizona are in states where medical marijuana in some form is legal.

And there is a third possible factor as well: The need for the NFL to attract younger fans. Americans aged 18 to 30 are overwhelmingly in favor of legalizing pot; Americans over 65 are the only age group still opposed to legalization.

Jones is a smart enough businessman to know that a continuation of the league’s anti-pot policy isn’t winning it many new fans among the young — and that coming out in favor of junking that policy is going to make him, and by extension the Cowboys, very popular among a lot of millennials and post-millenials.